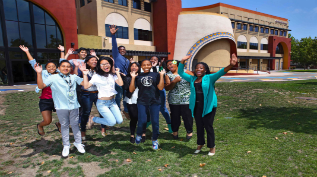 Philanthropies today focus on countless goals and theories of change. These differing missions lead foundations to support a variety of causes – from the arts to education or the environment. My family, for its part, has steadfastly focused its philanthropic efforts for over two decades on a specific goal: community ownership of neighborhood change.  We’ve funded a variety of programs and organizations, but always with the philosophy that to help disadvantaged communities, the communities themselves must actively participate in problem solving and then own the solutions. Philanthropy focused on authentic community ownership deserves a hard look in today’s hyper-partisan discourse, because it could appeal to leaders from across the political spectrum.

At the risk of oversimplification, liberals tend to believe that in order for social justice to be served, communities of color and other historically disadvantaged communities need to decide their own futures. And conservatives often believe that governmental meddling or, as they see it, coddling, can foster learned helplessness that prevents communities from empowering themselves. Indeed, part of how my family arrived at the community ownership model was through a compromise between the liberals and conservatives in my family.

My grandfather Joe Jacobs – the son of immigrants from what would today be called Lebanon – founded Jacobs Engineering in the 1940’s and built it into a successful publicly traded engineering firm before he passed away in 2004. Looking towards his retirement and his legacy, he and my grandmother realized they wanted to give the vast majority of their wealth away rather than pass it on to their family. It was important for them to give back to the country that gave them so much. My mother and her sisters, driven by their own beliefs in social justice, wanted to participate in that philanthropy. They formed a philanthropic foundation in the 1980s that blended my grandparents’ conservative point of view with their daughters’ more liberal perspective. They found common ground in resident-driven community ownership of neighborhood change.

To focus on the mission of community ownership, my family felt it important to work only in one community, so they founded JCNI (Jacobs Center for Neighborhood Innovation) in Southeastern San Diego. It operated programs informed by community engagement and eventually bought a shuttered aerospace factory and a variety of other blighted properties to help spark a community-led renewal. By buying vacant or abandoned land, JCNI was able to promote safe, open public spaces and bring much-needed goods and services to the neighborhood. For the last 15 years, JCNI has redeveloped a number of properties to meet community needs. Responding to community input, JCNI built a grocery-anchored shopping center, a pharmacy, a public amphitheater, a park, and a community center that is a gathering place for community events, and houses non-profits that serve the neighborhood.

And my family really meant it when they committed to “community ownership.” Since the beginning of the family’s philanthropic efforts, the intention has always been to “sunset” or spend down all of our charitable resources. But instead of “going out of business”, the family decided to give the remaining assets (in this case – income generating real estate) to the community.  When my grandfather conceived of the concept of a sunset in the early 1990s, few foundations considered it an option. Most foundations like the Rockefeller or Ford Foundations were set up to be perpetual foundations – only giving away the minimum requirement of 5% of their assets each year per IRS regulations. For my grandfather, it was important that any charitable organization run under the family’s name reflect his values and be guided by people who knew him. At the same time, he believed in the ability and capacity of communities to help themselves. These goals have merged with our real estate strategy to give us a unique opportunity in philanthropy – we will gradually transition control of the family’s philanthropic effort and real estate assets to the community, until the family ceases to have an active role.

Involving community in the governance of JCNI is important as a part of the transition process. That process began officially last year when we elected 3 community members to the board of directors of JCNI to join the 4 family members on the  board (I joined the board in 2005). In keeping with our philosophy – that the community should have a leadership role in the organization’s evolution – we worked with a committee of community leaders to develop criteria, nominate, interview and select these candidates. Through our work with this board expansion committee many of the questions and challenges we may face in the future came into focus. While we don’t pretend to have all the answers to these issues, as believers in the community ownership model, we are open to sharing our journey with others in the philanthropic field.

There were many questions we asked ourselves in the process of constructing a new board that will serve the community.

Our organization will face these and many other tough questions going forward. The difference is that now we have community leaders alongside us to make those decisions and to build the foundation for an organization that thrives well beyond our family’s involvement – in keeping with my grandparents’ wishes.

In a country where wealth is increasingly concentrated and the role of the government as a redistributive force is debated constantly, can we be an example of how individuals and families can redistribute their wealth in their own way?  Could this path be one that conservatives and liberals alike support? My grandfather was passionate about taking risks and testing bold new ideas, and as such, we are carrying that value forward into the work we are doing.  Most philanthropists are content to write checks.  We are handing over the checkbook.