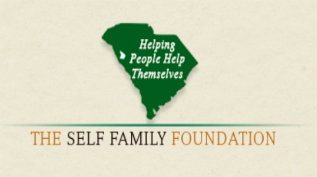 The Self Family Foundation has been a part of Greenwood for 75 years, and its work is interwoven into the fabric of the community.

“Greenwood is a much different place today because of the investments of the foundation,” said Frank Wideman III, president and CEO of the private family foundation.

The foundation, which has awarded more than $67 million in grants since 1942, has supported nearly every nonprofit in Greenwood County, and has made major contributions in the areas of health care, health care research, early childhood and higher education, arts and culture and neighborhood development.

James C. Self, founder of Greenwood Mills, established the foundation in 1942. Its primary purpose at that time was to build a new hospital.

That goal was accelerated when the old Greenwood hospital was destroyed by a tornado in 1946. Self Memorial Hospital was completed in 1951. Realizing the hospital needed plenty of nurses, the foundation established a nursing program at Lander University in 1955.

Self died in 1955 and was succeeded by his son, Jim Self. The foundation owned and governed the hospital until 1969 when it was deeded to Greenwood County. At that point, the foundation became strictly a grant-making organization.

Jim Self encouraged a diversified economy in Greenwood and invited competition when other mill owners across the South shied away from welcoming other industry.

“Most textile owners didn’t want outside industry coming in to compete for labor,” Wideman said. He said that because other mill owners across the South weren’t as inviting to other industries, many former mill towns died once the mills closed. Wideman said Jim Self realized the importance of a diversified economy to the long-term success of Greenwood County. In keeping with this belief, Jim Self was instrumental in bringing Chemstrand to Greenwood County in 1959. Consequently, Greenwood County today is home to a number of advanced manufacturers.

“These three flagship arts and cultural institutions became true collaborative partners with foundation grants to assist with joint marketing and programming efforts,” Wideman said. “Today, the Emerald Triangle is a thriving arts district with enrichment activities for children and youth within the walls of The Museum, the theatre and Arts Center as well as summer and after-school programs located throughout the county,”

Wideman said the foundation’s investment in the Federal Building served as a catalyst for the revitalization of the city center and helped to leverage $11 million-$12 million in public dollars for streetscaping and façade improvements throughout the city center.

Mamie Nicholson, program officer at the foundation, said that if the town center dies, the town dies.

“The Self Family Foundation has — and continues to be — one of the major reasons Greenwood is not one of those struggling towns in the post-textile era,” Nicholson said. “The Self family and their entities are the glue that’s been here the whole time. Whenever a new idea or project is brewing in the community, there’s always a need and a desire to bring the foundation to the table or have the foundation be a part of that.”

In addition to the hospital and the nursing program, the foundation was the initial funder in the establishment of the Greenwood Genetic Center and the J.C. Self Research Institute for Human Genetics and the Greenwood Community Children’s Center.

The Children’s Center was established to bring quality health care and parental education together to provide a holistic approach to a raising a healthy child.

“We started the Greenwood Children’s Center to provide not only clinical care for kids, but a whole array of programmatic services,” Wideman said. “That concept of holistic wellness for children was really a radical idea when we started it in South Carolina.”

Realizing that a strong educational system is the foundation for a strong community, the foundation has invested funding in early childhood, secondary and higher education in partnership with local school districts, Lander University, Clemson University and local nonprofit organizations focused on educational improvement.

The foundation also invested nearly half a million dollars in scholarships for Greenwood County teachers to attend Lander to earn master’s degrees. It also awarded funding to establish the Call Me MISTER program, which prepares black men for careers as elementary and middle school teachers at Clemson, Lander and other South Carolina institutions of higher learning. Today there are more than 230 “MISTERS” in classrooms across South Carolina. This initiative has been replicated nationally.

In an effort to ensure that every Greenwood County high school graduate has the opportunity to earn a two-year college degree, the foundation awarded a $1 million grant to The Greenwood Promise, a scholarship-based organization serving Greenwood School Districts 50, 51 and 52.

The United Center for Community Care is another example of a building repurposed with assistance provided initially by a loan from the foundation. The foundation forgave the loan, which then allowed the center to operate in a debt-free building.

“The United Center is helping overcome obstacles with a one-stop-shop approach to social services,” Wideman said. “Under one roof, those in need can find food, mental and physical health services, help with employment and government assistance programs, tutoring — even an escape from domestic violence.”

Other recipients include Habitat for Humanity, Meg’s House, the Food Bank, Community Initiatives, Beyond Abuse and the Community Indicators project, among others.

“The Foundation provided the seed money for the establishment of many of the existing nonprofits in Greenwood and has continued to provide funding for expansion, operations and direct services over time,” Nicholson said.

The foundation is a private foundation and a not-for-profit organization. James C. Self endowed the Foundation in 1942. The endowment has grown over time and provides funds to support the foundation’s grant-making.

Jim Self stepped down from leadership in 1995 and Virginia Self was elected board chairwoman.

During her tenure, “the board wanted the foundation to be more proactive than reactive in its grant-making. They wanted staff to be more visible and accessible to the community. This decision led to the creation of my role as program officer in 1996,” Nicholson said.

“We wanted to involve the fourth generation in the work of the foundation, as we thought this would be the best way to train them for future board service,” Wideman said.

The foundation is governed by 11 board members — nine members of the Self Family and two non-family members — representing the Greenwood community. Officers of the board of trustees are: J.C. Self III (Jay), chairman; Dr. Sally E. Self., vice chairwoman; Cade Brennan Jackson, secretary; W.M. (Bubba) Self Jr., treasurer; and W.M. (Mat) Self, immediate past chairman. Other trustees are Furman C. Self, Dr. Laurie Self Pulver, Ginger Self Goldsmith, Mary Andrews Self Whittington, Lucas McMillan and Dr. Matt Logan.

Grants are awarded four times a year and must be submitted online at selffoundation.org. Guidelines and grant deadlines are posted on the foundation’s website along with instructions and a link to apply. Foundation staff must be contacted before submitting any grant requests.

The Self Family Foundation board sets funding priorities at their board/staff retreat, which takes place every two years, and is careful to adhere to James C. Self’s intent in establishing the Foundation in 1942.