How Foundations Can Avoid Common Pitfalls and Collaborate

How Foundations Can Avoid Common Pitfalls and Collaborate 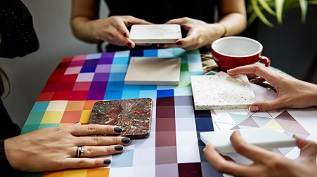 Editor’s Note: Reprinted with permission of The Chronicle of Philanthropy. This blog post originally appeared here.

After the 1992 Watts riots, 29 foundations — national, state, and local — formed a collaborative to restore damaged neighborhoods in Los Angeles. The partnership led to better results in the three communities on which the partnership focused, according to a recent assessment by the University of Southern California’s Center for Philanthropy and Public Policy. A little more than two decades later, in 2013, as Detroit was exiting bankruptcy, a dozen foundations — also national, state, and local — forged an alliance to save Detroit’s world-class art collection.

It shouldn’t take a cataclysmic event to get foundations to collaborate. Working together is desirable in nearly all circumstances. After all, different foundations bring complementary strengths, perspectives, and constituencies to a partnership. Here are a few examples:

Despite the obvious benefits of working together, foundation partnerships are as rare as icebergs in the Caribbean. Why? Efforts to forge and maintain such collaborations can run into major obstacles. Here are common pitfalls and advice on how to anticipate and prepare for them.

Cultural and operational differences get in the way. The most common obstacle to successful partnerships is different institutional cultures and operating styles — the foundations’ values and the way they solicit and make grants, monitor grantees, disburse funds, evaluate activities, and the like. The Turning Point program, a partnership between the W.K. Kellogg Foundation and the Robert Wood Johnson Foundation, nearly foundered because of basic differences in the ways the two grant makers operated: Kellogg is a grass-roots, community-oriented foundation, and Robert Wood Johnson has more of a focus on policy change.  Although organizational culture is integral to a foundation’s identity and cannot be expected to change, steps can be taken to reduce the tension. Here are three ways to overcome cultural differences.

Senior management is not involved. Senior staff must be actively engaged for a partnership to succeed. Without the support of the president or another high-level officer — which signals to potential partners that the work is a priority — a partnership can have trouble getting off the ground. Also, because partnerships frequently require deviation from some of the foundations’ usual practices and procedures, involving those with the authority to approve exceptions to norms can greatly facilitate the process.

One foundation may not want to help with another’s project. When one grant maker seeks partners for a program that it has nurtured and developed— perhaps a pilot program that is ready for expansion — it can be a hard sell. As one foundation leader told us, “We found it difficult to find partners that were willing to share the risk. Or our funding partners were simply too slow. So we moved ahead independently.”  Whatever the circumstance, nobody wants to be the tail, and everybody wants to be the dog. One simple way to avoid the dog-and-tail problem: Treat all partners as equals so each foundation gets equal billing and equal credit for success.

Information is hoarded. Foundations are busy places, and staff members are primarily concerned with their own programs and processes. When problems arise, the easiest course is usually to take care of the problem alone. However, unless one partner has been designated as the “lead,” with explicit authority to resolve operational issues, all the partners should share relevant information and address problems as they arise. This is easier when participants know each other well. In the California collaborative mentioned above, the four foundations had frequent calls and meetings. “It was a very intensive planning process and deeply collaborative,” one of the participants told us.

There’s no system to resolve disputes. Because disagreements inevitably arise, it’s wise to develop mechanisms at the beginning for resolving disputes. Whether in business or marriage or among foundations, lines of communication should be kept open and partners treated with respect. This last point is particularly important in partnerships between large and small foundations, since wealthier grant makers sometimes tend to treat those with fewer assets as junior partners.

Program staff members are not rewarded for partnerships. Partnerships are time-consuming and labor-intensive. At many foundations, program officers get credit for developing new programs, not for working with partners. In fact, program officers may be penalized if the program doesn’t go well, even if the partner foundation is to blame. If partnerships are important to a foundation, program staff members should be rewarded for their efforts to develop and nurture them.

Working together, foundations can make greater strides toward their goals than they would working in isolation. But proceed with caution.