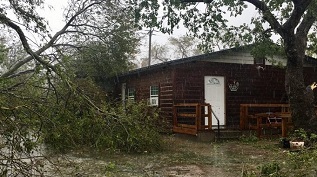 During times of disaster, CDP provides frequent updates on private giving to help you determine how much your organization should donate and which grantees and activities you might want to support.

Our partner in presenting these updates is Foundation Center, also our partner in producing the annual Measuring the State of Disaster Philanthropy report and analysis. Our research consistently finds that approximately 75 percent of disaster-related contributions are made for immediate relief, and most of that giving happens within 90 days after disaster strikes. Relatively small sums are donated for planning, preparation, mitigation or long-term recovery work.

In December 2017—about three months after the big wave of hurricanes—we published some interesting, and in some ways disturbing, information about corporate and foundation support. Hurricane Harvey attracted, by far, the largest amount of contributions—an incredibly generous $336 million. Irma attracted about a third that amount and Maria, only about one-fifth as much. Reasons for the discrepancy are many: different population size, different corporate and foundation communities, varying degrees of destruction, media coverage and perhaps even some disaster fatigue. By the way, individual contributions probably double these numbers.

This week as I prepared for a speech, I checked back with Foundation Center for an update on the latest gifts for these 2017 disasters. I learned the numbers have changed only slightly in the past three months. Similar to what we have experienced in previous disasters, six months after the 2017 disasters occurred, contributions from foundations and corporations seem to have petered out. We anticipate few, if any, public announcements about contributions beyond this point.

As you begin to prepare for another hurricane season, I urge you to consider making changes in your giving patterns for disasters.

First, plan ahead. Set aside money now for planning and recovery, as well as immediate relief. Your efforts before and after a disaster could make a big difference in the amount of destruction and the numbers of deaths that occur.

Second, think holistically. How can your employees and skill sets—as well as your cash & products—make a difference?

Third, support prevention and mitigation efforts. Just reacting isn’t sustainable and it isn’t strategic. The future of our communities will require creative thinking about prevention, mitigation and adaptability.