David and Cheryl Venarge are Akron success stories, but their success didn’t come easy. Now, through the David R. and Cheryl L. Venarge Fund, they’re keeping a family tradition of giving alive with both their children and grandchildren. 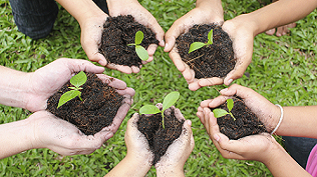 Each was raised by hardworking parents who struggled to make ends meet. Their parents’ example taught them about the importance of a strong work ethic, and it paid off: The couple comfortably raised a family in the suburbs while giving back to their community in ways they never thought possible.

But with comfort came concern. How could they make sure their family values of hard work and charitable giving didn’t end with this generation?

The Solution
In 1999, they found a solution: the David R. and Cheryl L. Venarge Fund at Akron Community Foundation. This donor-advised fund allows the Venarges to give back as a family while equipping the younger generations to perpetuate the couple’s legacy of giving long after they’re gone.

“Our donor-advised fund enables us to share with our children and grandchildren how we feel about Akron,” Cheryl said. “Discussing (funding options) with them brings us together as a family to help others.”

Much of their fund’s philanthropy is carried out during family meetings around Akron Community Foundation’s board table. Cookies, notepads and Post-it Notes line the room, and children and adults alike receive binders with descriptions of promising programs in the family’s areas of charitable interest – all identified specifically for the Venarge family by the community foundation’s staff.

Their son, Tom Venarge, and his wife, Marcy, say it helps their three daughters better visualize the missions of the organizations and the people in need. They also say that operating the fund at the community foundation has helped the family focus on giving rather than the administrative tasks of running a family foundation.

“The community foundation has made finding information easier for us,” says Tom. “They’re doing all of the homework. They present our (fund) with lots of options. They know what the money is going to (support) and how many people are going to be affected. And then it’s easily described to kids of all ages. We’re getting our kids involved, and my nieces are also involved.”

The Venarges’ giving process is democratic: Their six granddaughters each get to vote in an informed way to help select the issues and nonprofits their fund will support with grants.

“There are six children around the table, and they’re hearing the exact same information as the adults are hearing. And they’re passionate about it as well because it’s things that they can relate to,” Tom said.

Multi-Generational Legacy
The Venarges are one of several families at Akron Community Foundation who have chosen a multi-generational approach to donor-advising. After David and Cheryl pass away, their children and grandchildren can continue to recommend grants from their fund. Other families choose to have an unlimited number of succeeding generations advise their fund. In each case, the advisors honor the fund’s founders by making grants in their name long after they are gone.

“Teaching them to help others (through our donor-advised fund) won’t be just about the money,” David said. “It will also help develop their character so they can do other good things for people. That’s the kind of person I want my granddaughters to be.” 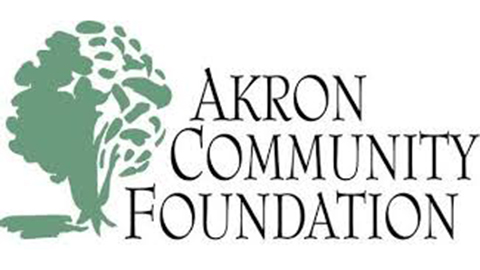