The Blacker The Circle

The Blacker The Circle 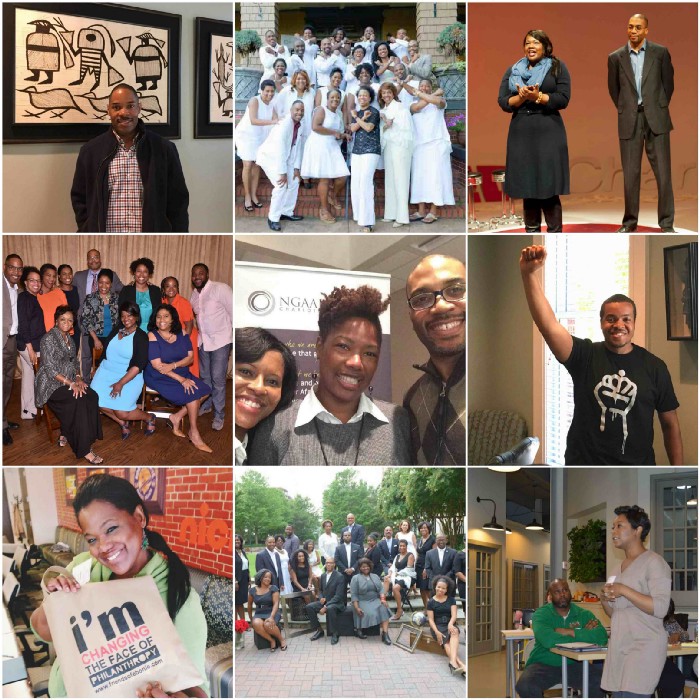 Editor’s Note: August is Black Philanthropy Month, which “was created in August 2011 by Dr. Jackie Bouvier Copeland and the Pan-African Women’s Philanthropy Network (PAWPNet) as an annual, global celebration of African-descent giving” (Black Philanthropy Month). We are reprinting Valaida Fullwood’s piece with permission, which originally appeared on Medium through the Black Giving 365 account, in its honor. The photo above is a collage of photos from New Generation of African American Philanthropists, Charlotte, NC.

Jolted by a stream of recent events, I have been reminded of the value and myriad benefits of Black-led giving circles and why I am a member of one. Hardly alone in this consciousness, I joined two chroniclers and members of giving circles to write The Sweetness of Circles. In that opinion piece, we share our collective views on why giving circles have growing appeal among Black Americans in these trying times. This parallel piece, a twist on the other, delves into my own giving circle story and revelation.

Thirteen years ago, I was part of a group that formed New Generation of African American Philanthropists (NGAAP-Charlotte), a giving circle based in Charlotte, North Carolina. My peers and I, after months of deliberation, crafted a mission centered on promoting philanthropy—the giving of time, talent and treasure—among African Americans with the goal of enhancing the quality of life within our communities.

Pooling our resources with the intent of leading social change was no small feat. During the initial 18 months of forming the group, we consciously waded through 400 years of ancestral anxieties and societal realities to arrive at establishing a collective fund. We navigated such issues as structural racism, the denial and extraction of Black wealth, fractured trust within and across race and class, and the effects of economic insecurity. Thankfully, shared cultural roots and hunger to do more in the community propelled us through. Self-determination was a powerful motivator. Freedom to live out our values, to practice grantmaking on our terms, to dream up a bold name, and more was at times even exhilarating.

Attention and investment in cultivating Black-led giving circles got a boost in 2003 when community organizers Darryl Lester and Athan Lindsay gained support from Ford Foundation and W.K. Kellogg Foundation to promote Black giving circles across the South. The rationale for their initiative was based on fast-changing demographics in Southern cities and slow-to-progress dynamics prevalent in philanthropic institutions. They knew of the leadership qualities, financial assets and social capital present, yet undervalued, among the growing number of young Black adults in these communities and the great many Black retirees returning to their Southern roots.

Found in these same cities were community foundations, which were often viewed as bastions of White wealth and privilege and deemed disconnected from local Black communities. Black-led giving circles with funds held at community foundations were envisioned as a strategy to disrupt old patterns, clear away barriers to engagement, and perhaps shift racial inequities in philanthropy at a local level. The strategy launched with a belief that stronger ties between Black donors and community foundations could produce mutual benefits as well as gains for the larger community. Hearing the premise, I was intrigued.

Today, after more than a dozen years and nearly 40 members, NGAAP-Charlotte has leveraged resources totaling over $1.6 million through grantmaking, voluntarism, civic engagement and collaboration. We have supported a variety of grantee partners, ranging from start-up nonprofits to long-established institutions. Our support is aimed, strategically, at projects and organizations routinely neglected by other forms of philanthropy. True to our mission, we have elevated philanthropy in Black communities, near and far, through innovative multimedia storytelling, celebrations of culture, and guidance to new giving circles.

Our small-dollar investments and in-kind contributions are fortified by members’ insights and will, gained through lived experiences, cultural connections, and proximity to underserved communities. Years before Charlotte’s 2016 uprising, NGAAP Charlotte articulated social justice as a funding priority, the first local grantmaker to do so. Often catalysts under the radar, we are sharpening our focus on Black-led social change and intensifying our collective influence to accelerate progress toward a fairer and thus truer New South.

Excruciating in its wrongness, one recent experience stands out in re-affirming our circle’s creation and mission. After accepting an invitation to an event on the local philanthropy scene, I found myself an accidental token. In a sea of one hundred or so White faces, who were mingling and chatting, and also serving the drinks and food, I realized I was the sole Black guest and, too, the only guest of color—telling in a city where Whites are the minority. The evening’s most unsettling point came when the featured speaker, a White man, began probing Black lives, with economic mobility data and project plans, as he stood before a basically all-White audience.

The incongruity likely went unnoticed by presumably well-intentioned donors, who sipped wine and nibbled from pretty plates as the speaker delivered sobering facts. Transfixed, I pondered what impact the group might expect with the most marginalized and isolated Black people when it had failed to draw more than one Black donor that night.

Moments like that one enliven my dedication to New Generation of African American Philanthropists. I think back to our origin and that 16-year-old theory of change. As is often the case with Blackness, to exist is to resist. Until greater evidence of racial equality and equitable ways in philanthropy, I remain strident about the necessity of “for us, by us” philanthropy and Black-led giving circles. To bend a phrase: the Blacker the circle, the sweeter the justice. 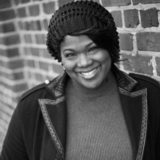