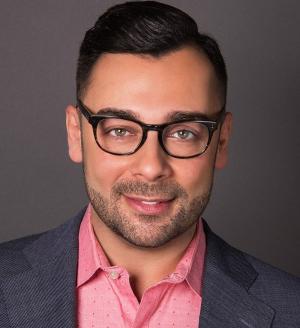 Editor’s Note: The following is a conversation with Edgar Villanueva, author of Decolonizing Wealth: Indigenous Wisdom to Heal Divides and Restore Balance and board member of the Andrus Family Fund. It is an excerpt from the forthcoming Passages Issue Brief: Bridging the Power Divide that will address power dynamics in family philanthropy.

“One of the most critical conversations we can have in philanthropy, especially the more we engage in DEI work, is how we operationalize our values around equity.” – Edgar Villanueva

“I’ve personally experienced power dynamics from every angle,” says Edgar Villanueva, a nationally recognized expert on social justice philanthropy, who serves as board chair of Native Americans in Philanthropy, and as a board member of the Andrus Family Fund. Villanueva is the author of the recently published book Decolonizing Wealth: Indigenous Wisdom to Heal Divides and Restore Balance.

“I came from a family and community that had very little power—little wealth, little influence, no voice or input into things happening around us—and yet, an inherent type of power in our heritage and who we were.” Villanueva is an enrolled member of the Lumbee tribe in southeastern North Carolina, the largest Native American tribe east of the Mississippi River. Today, he lives in Brooklyn, New York.

At age 28, he took on a leadership role at the Kate B. Reynolds Charitable Trust, and later, at the Marguerite Casey Foundation in Seattle. “Coming into philanthropy, all of a sudden I was overwhelmed with power. I went from being a very little person in the state of North Carolina to being quoted in the newspaper. Everything I said carried weight. I received invitations to all the cool events, and got more than 200 Christmas cards that first year—including one from the governor of North Carolina. I had joined the ranks of a place that held power and privilege that I wasn’t accustomed to, and early on, I saw that this could be dangerous and problematic. I needed to hold myself accountable—to put mechanisms in place to make sure my values didn’t shift, and that I stayed respectful in community.”

Villanueva attended social justice philanthropy trainings early in his career. “I was politicized about the power in philanthropy and how to use it. I saw others who didn’t come from power and wealth abuse their newfound power. People either use their power for good and are super conscious about it, or they don’t want to lose the power they’ve got. I didn’t want that to happen to me.”

“There is so much unchecked power within philanthropy. We talk about power more today, and yet there is still so little accountability. Philanthropy is a polite field—we’re all working under the assumption of doing good things and helping others. We try to move forward as a field and emphasize what’s good, but few want to call out what’s not working or when there is an incident. We need to figure out ways to hold each other accountable when people aren’t using power in appropriate ways.”

If funders are blinded by privilege, they might not think twice about asking grantees to meet them at the Ritz Carlton hotel, he says.

“At a basic level, it’s thinking about your site visits, and what you are asking of grantees. Are you asking them to travel and speak at your meetings without much notice or pay? How fast you are returning their phone calls?” He recalls an example of a policy that required the foundation to return emails and phone calls within 24 hours or one business day. “That kind of customer service is a simple way to mitigate power.”

“A lot in philanthropy is all talk, and yet the conversation around power and privilege has gotten more real. I’m having conversations today with conservative funders that I couldn’t imagine three years ago. There is a reckoning in philanthropy, and this is a political moment. The way we’ve been doing things for a long time? We can no longer do them. We all can take a long look in the mirror and ask: what am I doing with everything in my power to drive change?” he says.

The root of this power conversation is race, says Villanueva. “More foundations are getting comfortable talking about race and white supremacy. In the past, it was okay to talk about race and diversity—but to say white supremacy was too harsh for the field. People are starting to embrace and understand it more in this space. You can easily diversify your board and staff, but if you have systems and policies and beliefs that enforce that the white way of doing things is better or the only way, that’s still white supremacy.”

“I’m a person of color who has come into foundations and boards feeling the force of assimilation. If I’m forced to become like everyone else, we’re not changing much—I just happen to have a great tan. But me bringing something different is going to bring in real diversity.”

“One of the most critical conversations we can have in philanthropy, especially the more we engage in DEI work, is how we operationalize these values around equity. Equity is not equality: it doesn’t mean everyone gets the same thing. It means we have to give more to the communities that are underfunded and marginalized,” he says.

“It’s one thing to include people at the table or make grants to communities. To achieve equity, we have to go beyond equality.”

For those people who have been historically privileged, equity may feel like oppression, he says. “They may get less for a while so that others can catch up. That’s my big question: are people really willing to do that? Is family philanthropy willing to give up its power—one that is often tied to a strong identity, and legacy, and family name—so that others can experience it? That’s a hard one for people to accept.”