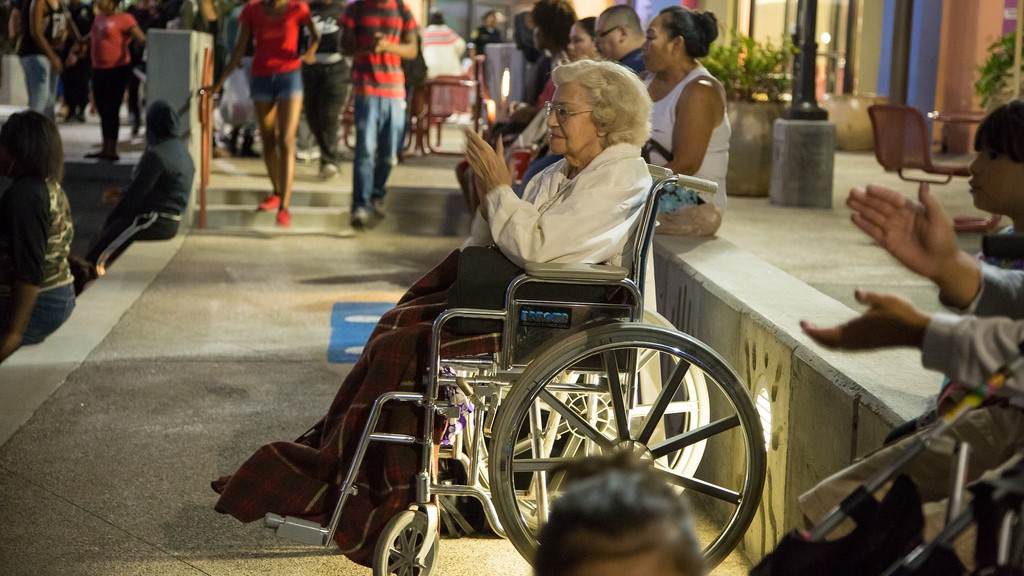 Courtesy of the Jacobs Family Foundation

This excerpt from NCFP’s Trends 2020 study shares data and analysis regarding various US family foundation giving trends, including external communications, communications tools, outside perspectives, and much more.

Increasingly, family foundations are finding new ways to communicate and engage with the communities they support. Many families are also considering the benefits of being more transparent with their philanthropy, but others feel that there are appropriate limits to how open they should be in this work.

This section explores how foundations are integrating outside perspectives into their grantmaking processes and governance structures, and the channels they use for sharing updates on their work.

The practice of including outside perspectives increases as the size of the foundation increases, with 84% of family foundations giving $5M or more per year adopting this practice.

Notably more family foundations established in the past 10 years include community leaders (55%), issue-area experts (54%), other grantmaking family foundations (51%), and DEI specialists (31%). At the same time, these foundations report being less likely to integrate the perspectives of grantees or members of the community who benefit from the grant. 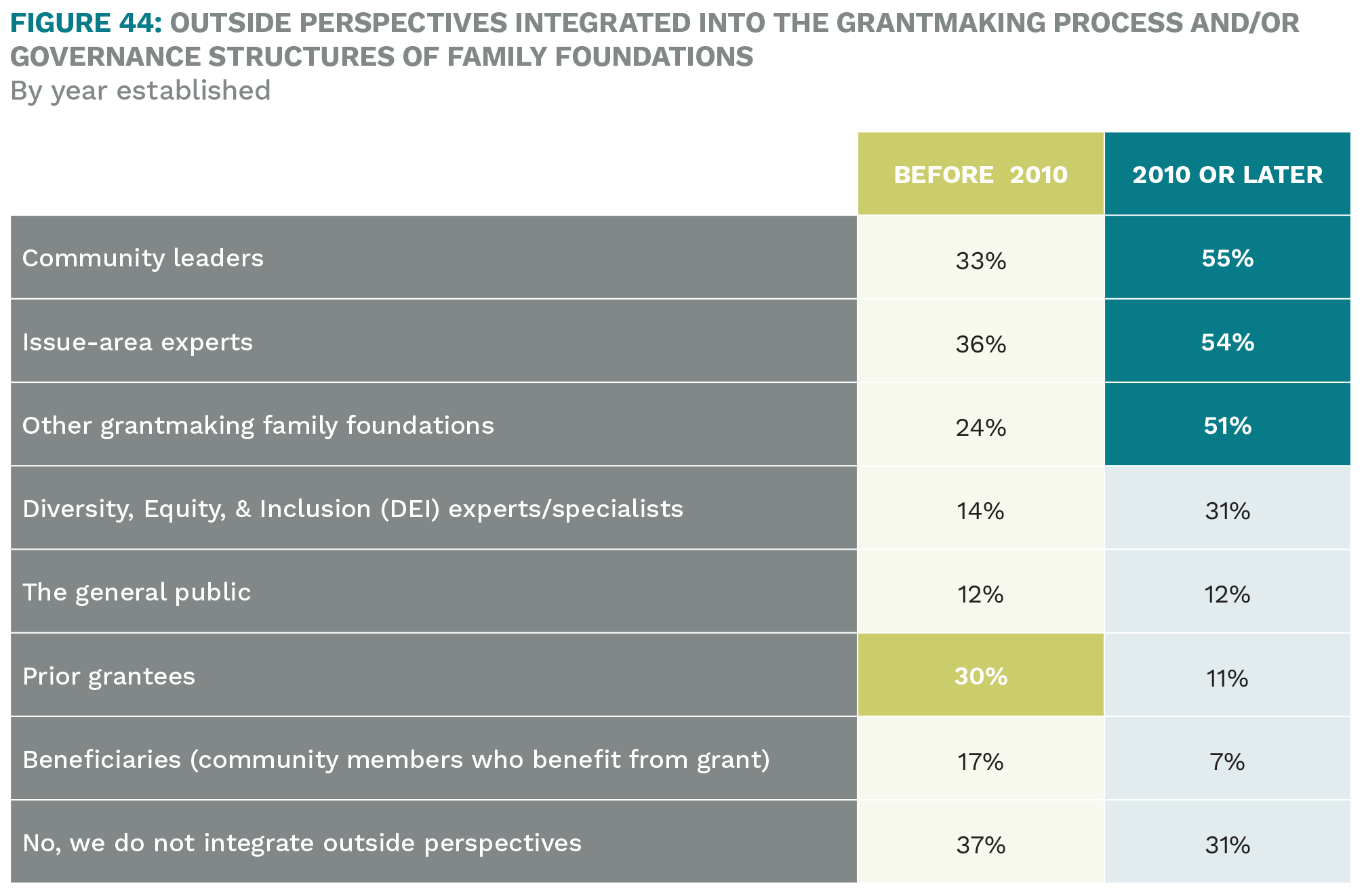 Family foundations that self-report as “very effective” in each of the three areas of internal operations, family engagement, and impact are also significantly more likely to integrate the perspectives of community leaders (50%), issue-area experts (52%), other grantmaking family foundations (37%), and DEI specialists (28%). Less commonly reported methods among “very effective” foundations include asking for input from prior grantees (19%), the general public (9%), and beneficiaries (10%).

More foundations are externally communicating their giving priorities and process than they were in 2015; conversely, fewer family foundations are accepting unsolicited inquiries or proposals.

The newest family foundations are much more likely to communicate reasons why proposals are declined (76%) and solicit feedback from grantees (57%).

Family foundations that self-define as “very effective” appear to be much less likely to accept unsolicited letters of inquiry and/or proposals (only 13% vs. 39% of all others do this), but conversely are significantly more likely to solicit feedback from grantees (46% vs. 23%), and somewhat more likely to tell grant applicants why their proposal was declined (67% vs. 51%)

For more on the choices and challenges of transparency and communications, see NCFP’s guide, Transparency in Family Philanthropy: Opening to the Possibilities