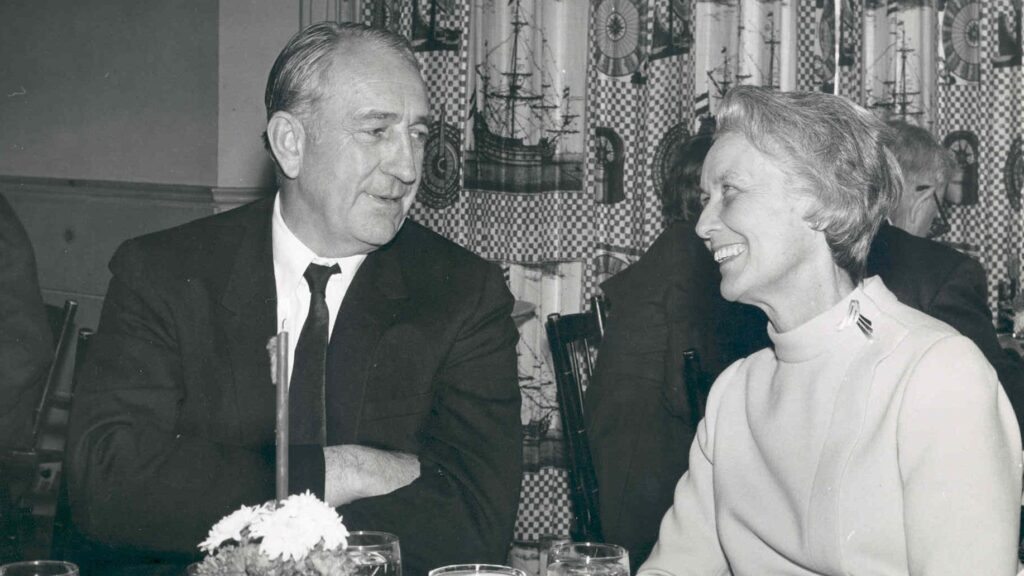 This excerpt from NCFP’s Trends 2020 study shares data and analysis regarding various US family foundation giving trends, including adherence to founder intent, founder’s perspective on family dynamics, founder involvement, and much more.

Founders remain actively involved in most family foundations, yet this has declined somewhat since 2015, from 64% to 56%.

Founder involvement is low among family foundations formed before 1990, but is nearly universal among those formed since 2010.

The smallest family foundations—as defined by asset size—are notably more likely to have an actively involved founder than their larger counterparts.

Foundations consider an involved founder to be beneficial in several ways, including the founders’ ability to share their values/interests and their community connections. 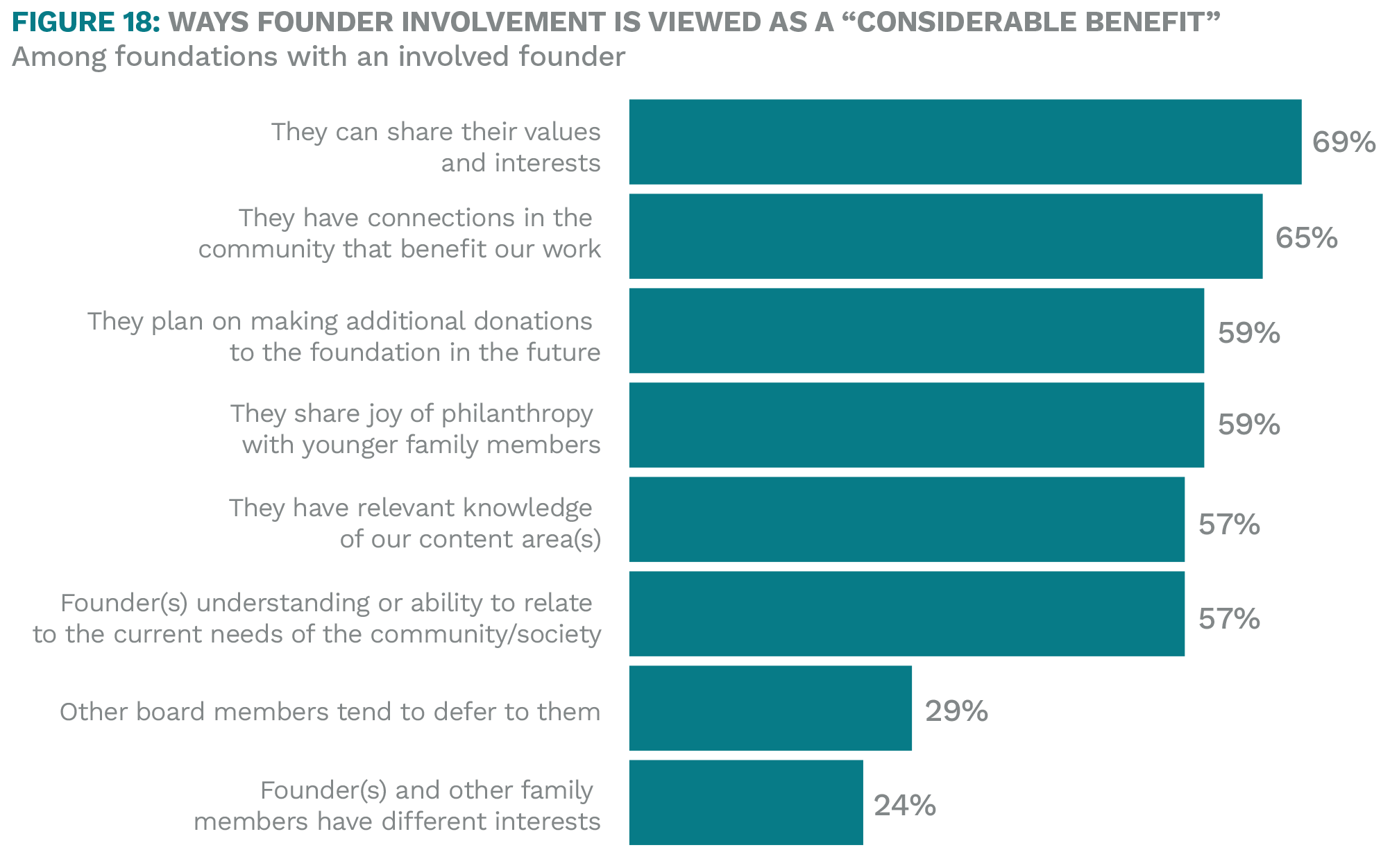 Founders rate higher the “benefit of their own community connections and their understanding of current community/society needs,” whereas others in the foundation—paid staff, for example—are more likely to say that founders’ “sharing the joy of philanthropy with younger family” is of considerable benefit.

Family foundations where a founder is still active behave differently in a variety of ways:

The perspectives of founders who completed the Trends 2020 survey differed with others in interesting ways, including:

See below for additional examples of where founder perspectives differ substantially from others whoccompleted the survey. 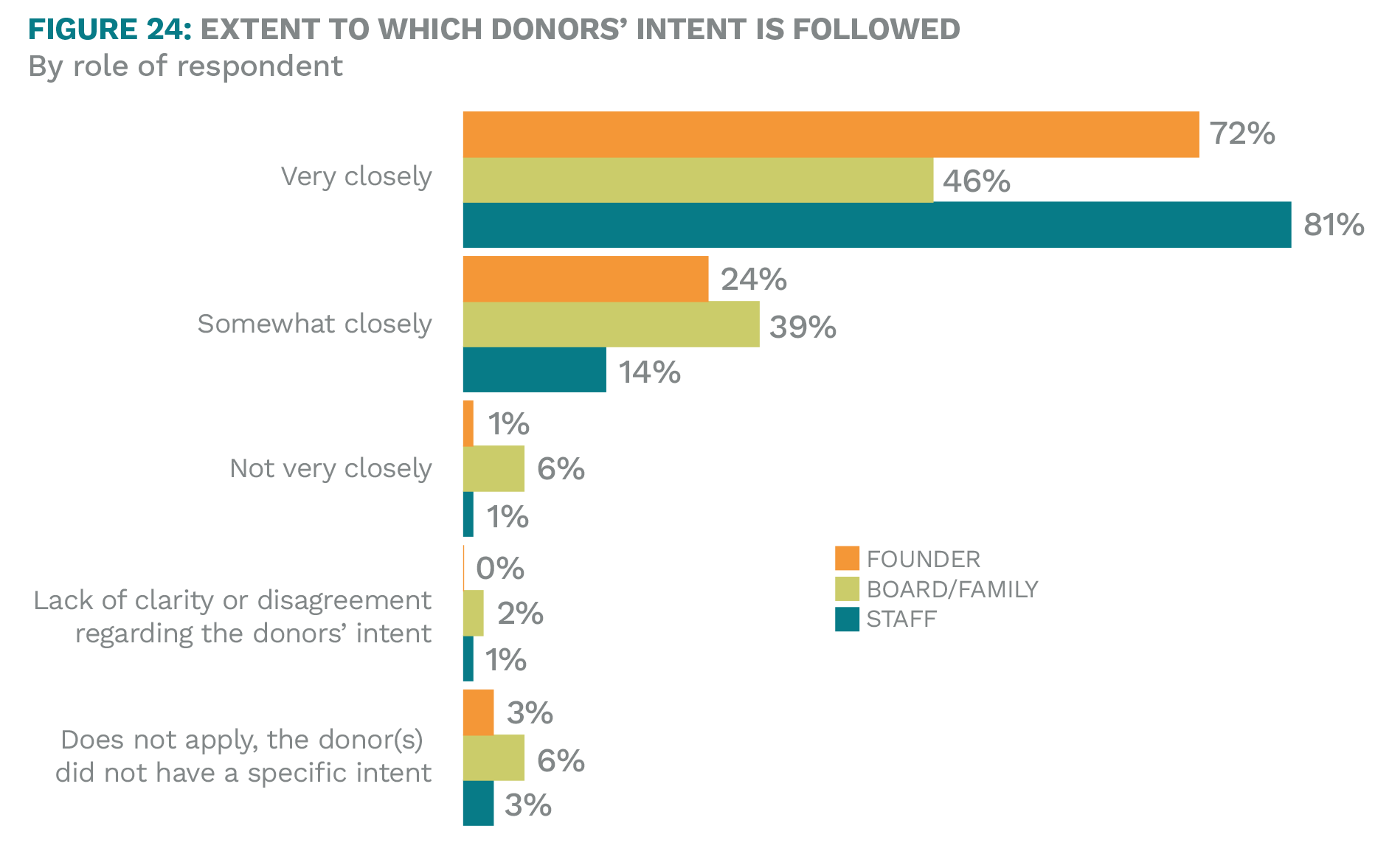 Founders report spending far less time and attention on the governance of the foundation, and are much less likely to have documented their approach to governance. 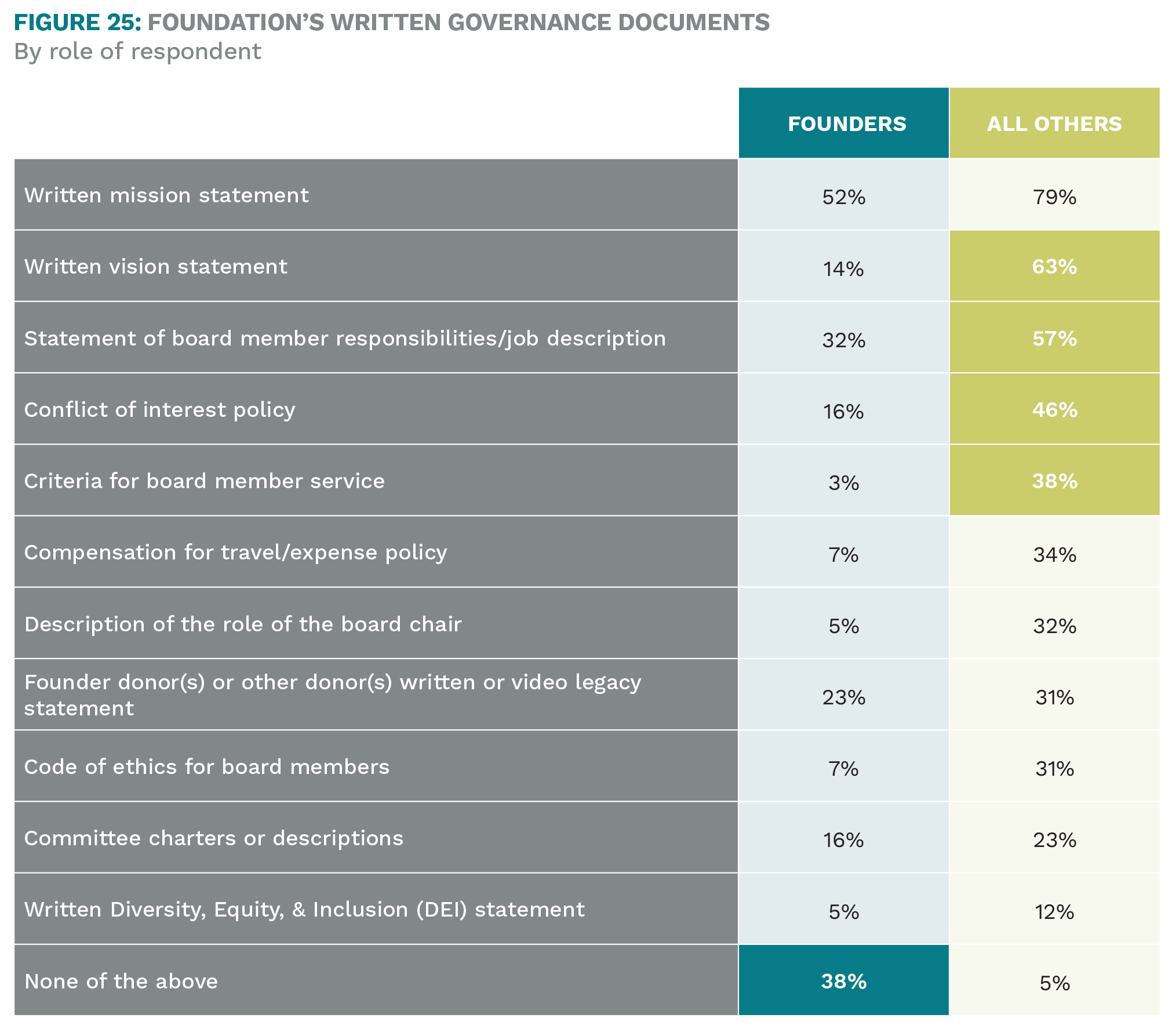 Founders seem to have different perspectives than other respondents on how generational dynamics affect the foundation. For example, 48% of founders say the older and younger generations are interested in different issues, whereas only 23% of other respondents list that as affecting their foundation. Additionally, 59% of founders place “a lot” of importance on the opportunity to engage younger generations over time as a key factor in sustaining family member participation (vs. 36% of others reporting “a lot”).

Founders exhibit little interest in changing their current approaches to governance, management, grantmaking, and transparency. In all areas, founders are much more likely to answer “none of the above” when presented with a list of possible actions/approaches they might take.