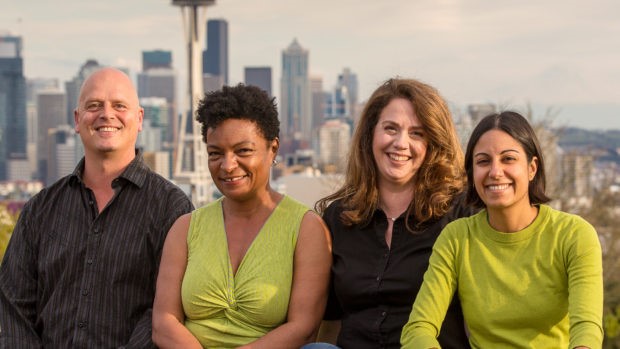 Courtesy of the Quixote Foundation

This excerpt from NCFP’s Trends 2020 study shares data and analysis regarding various US family foundation giving trends, including board composition, governance policies, staff composition, and much more.

How do family foundations choose who should serve on the board, and how they can prepare them for success when they assume this important role?

Board composition and the establishment of appropriate governance policies and practices are important decisions for all founders and boards. This section looks at evolving trends in each of these areas.

As expected, the third generation and beyond participates more among the oldest and largest family foundations. 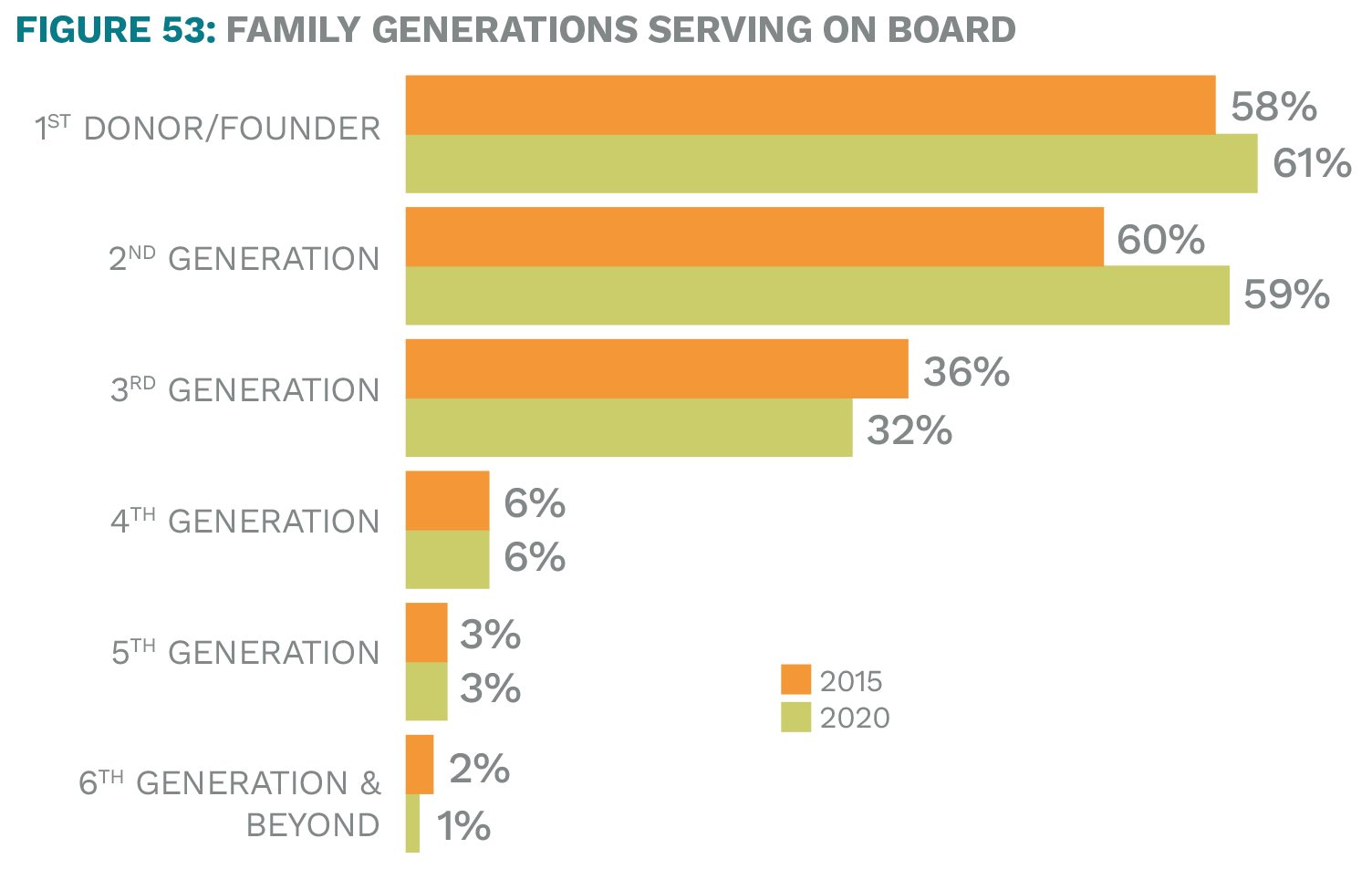 Family foundations with three or more generations on the board exhibit a variety of interesting characteristics, particularly with regard to overall board composition, payout rate, and future plans/ challenges, as shown in Figure 54. 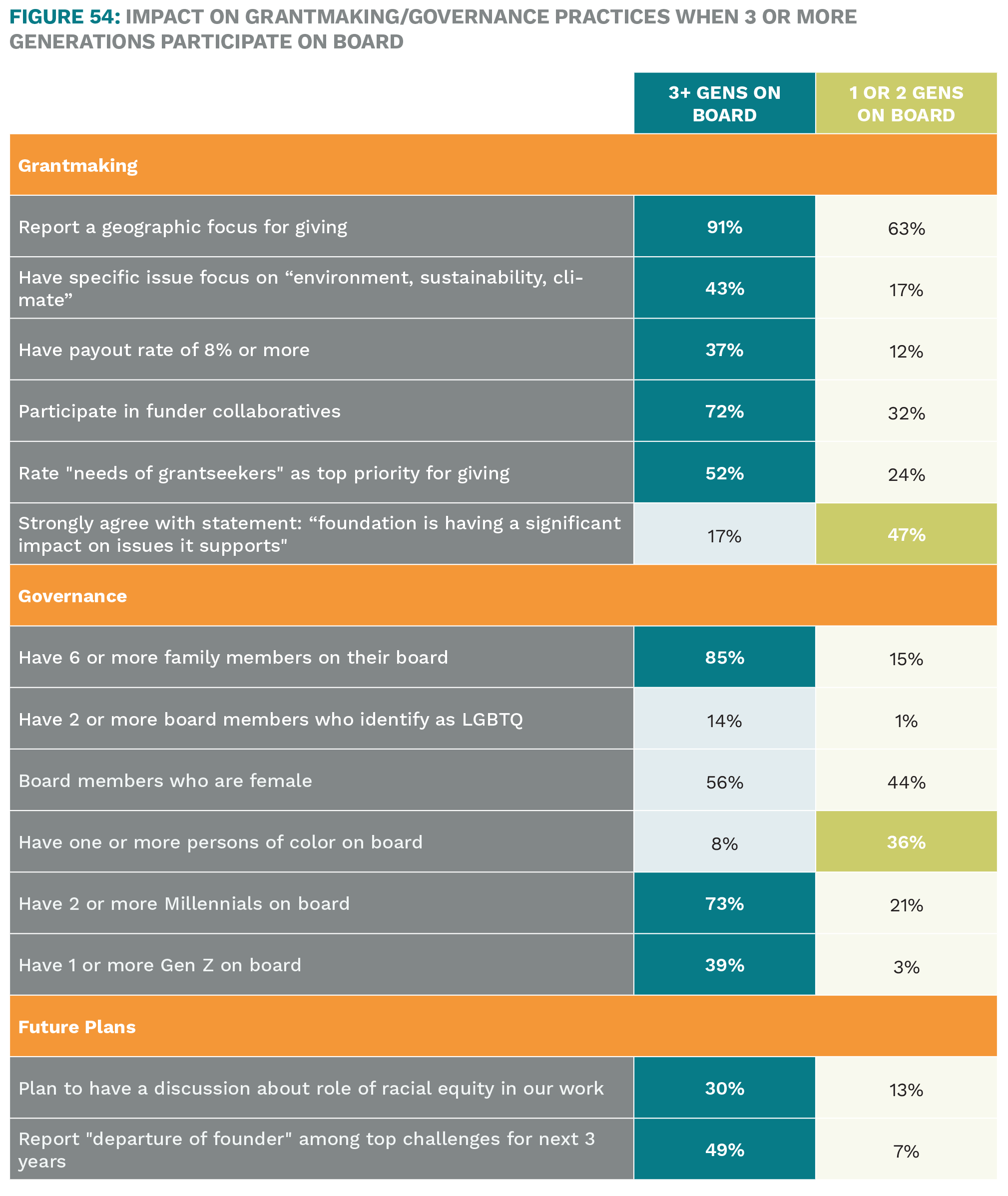 Board Composition: Family vs. Non-Family

When it comes to involving non-family board members, additional highlights include: 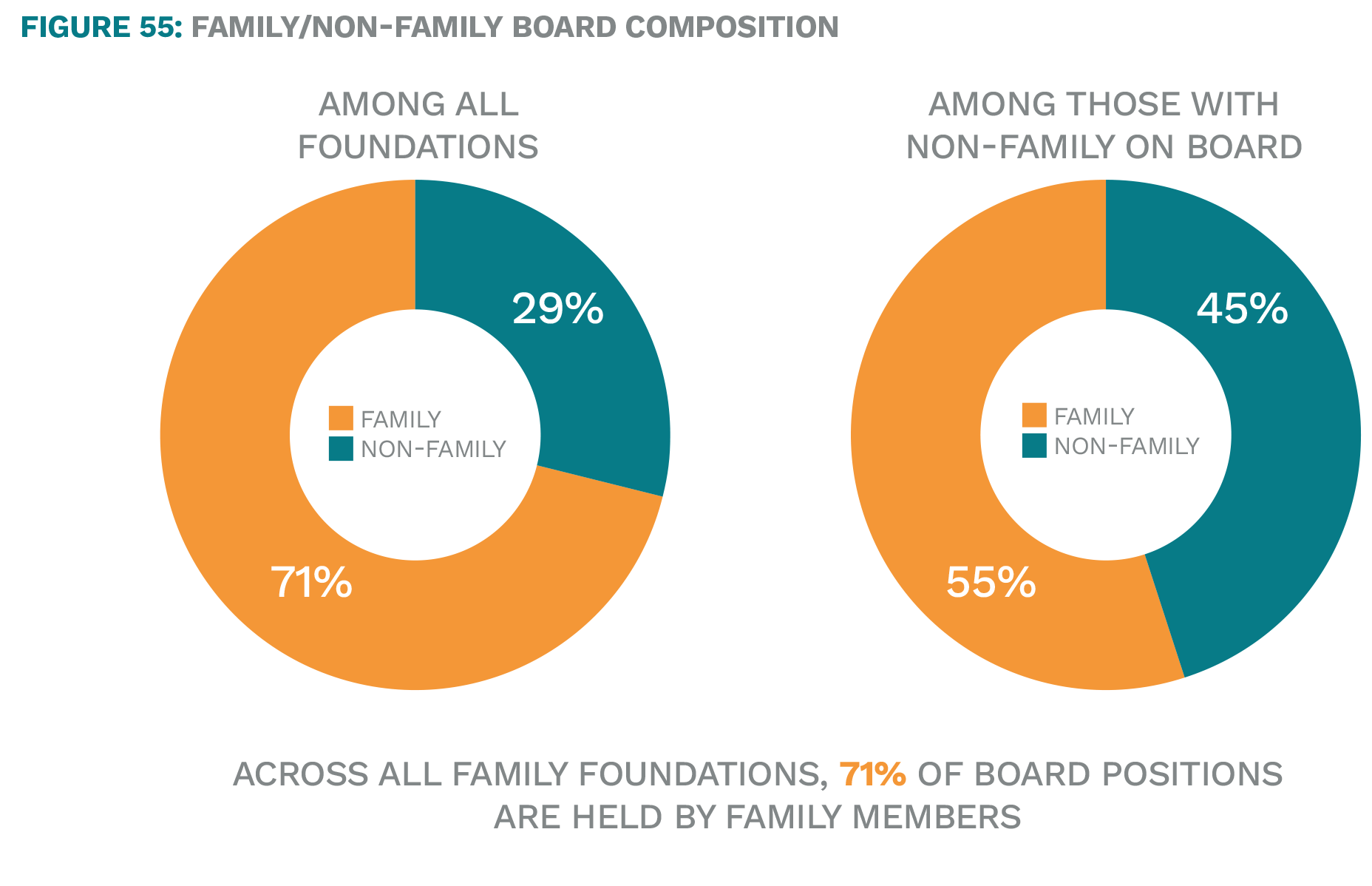 The gender distribution of family foundation boards skews slightly toward males, with about 45% of boards comprised of women and 55% men. Approximately one in ten include LGBTQ and/or gender non-conforming board members. 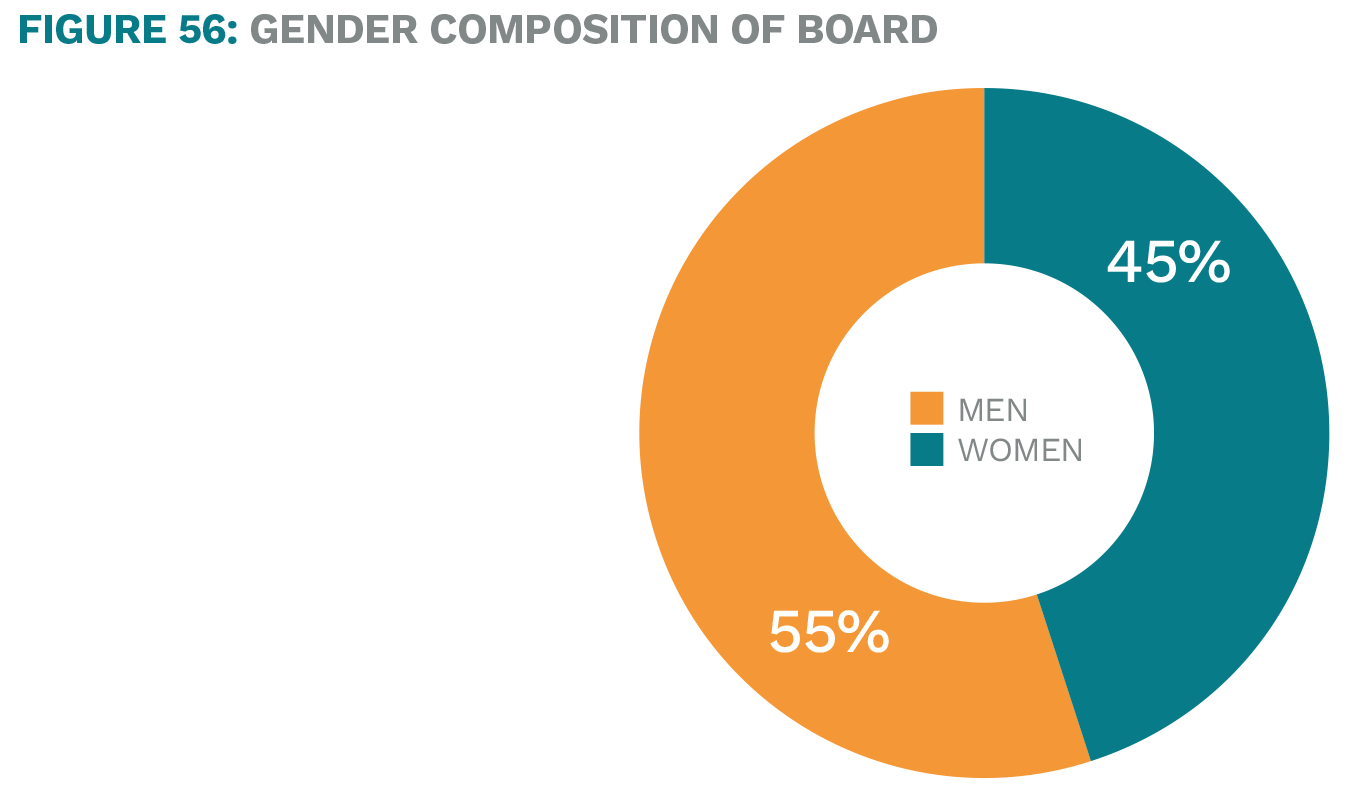 Board Composition: Racial and LGBTQ Identity

About one-third of foundation boards contain at least one person of color. Approximately one in ten include LGBTQ and/or gender non-conforming board members. Racial diversity is somewhat more common in larger and older family foundations. 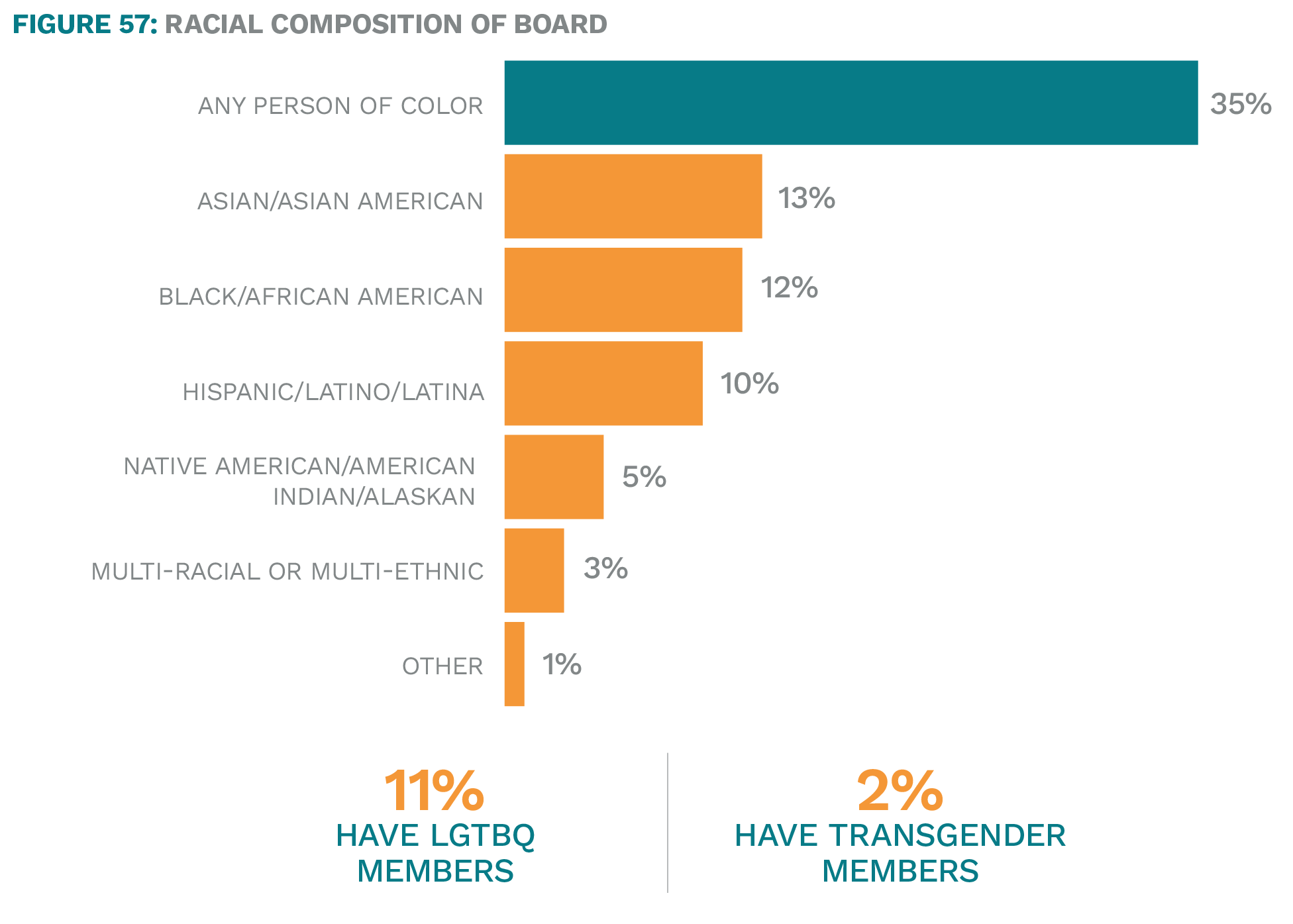 Board Composition: Ages and Generations

A much higher percentage of the youngest foundations have Millennial representation on their boards (62% have at least one and 52% have two or more). 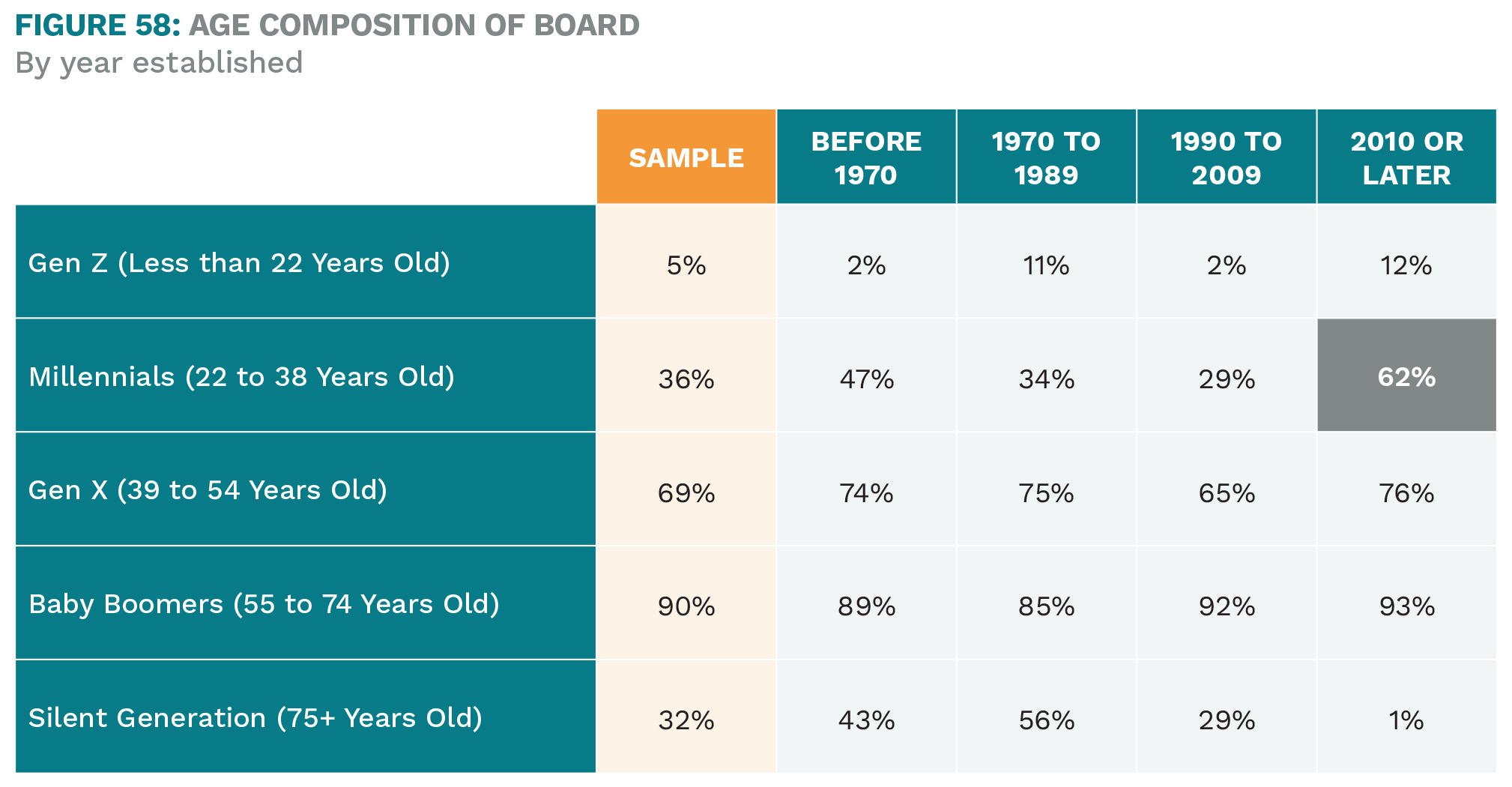 Who Can Serve on Board?

Large foundations are notably more likely to permit domestic partners (40%) and non-family (62%) to serve on the board. 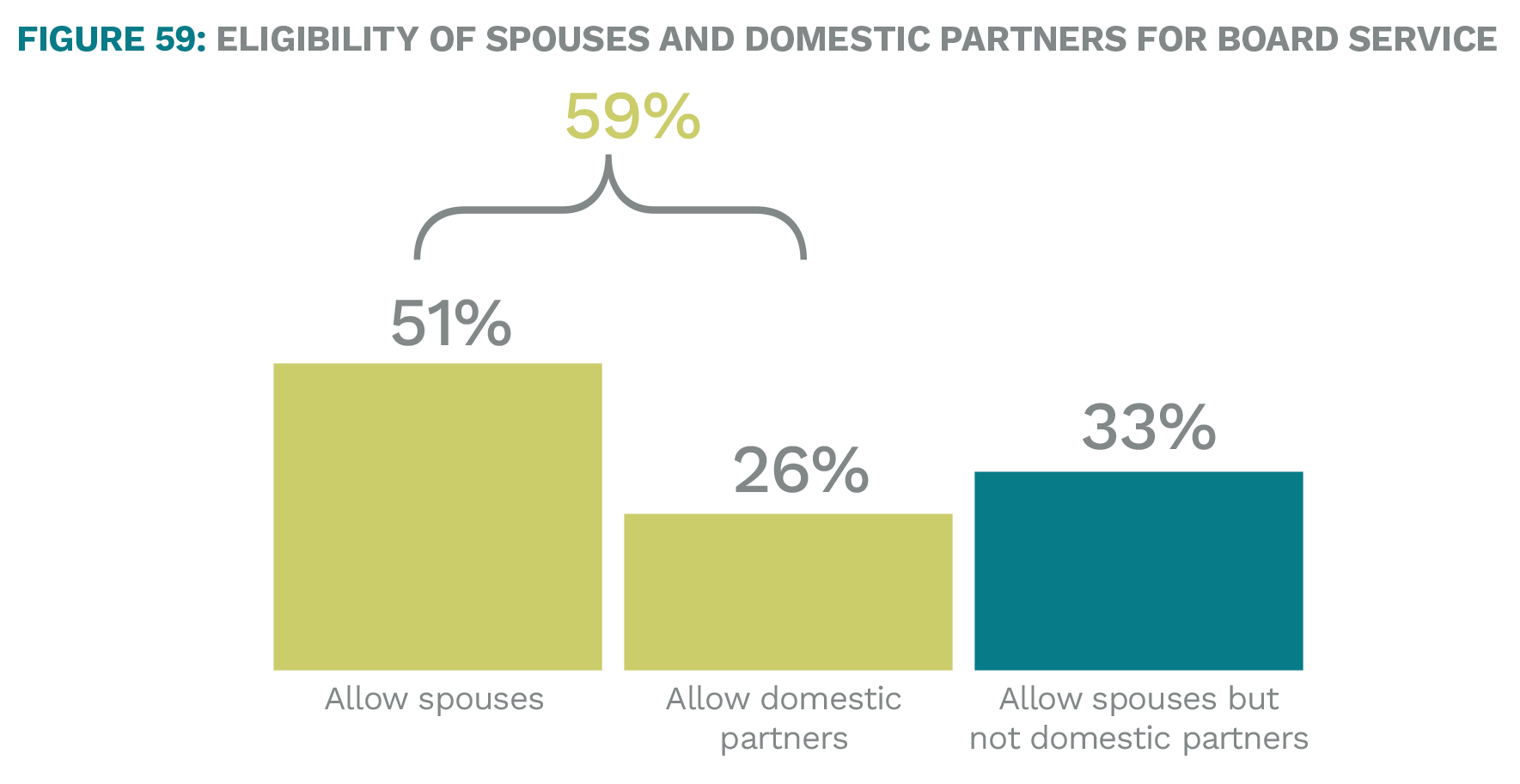 Conversely, the newest family foundations are notably more likely to have a written mission statement (91%), vision statement (70%), and statement of board member responsibilities (73%). While it is unclear why this is the case, one possible explanation is the increasing awareness of these documents as guiding tools for philanthropy, and readily available examples and templates to choose from. 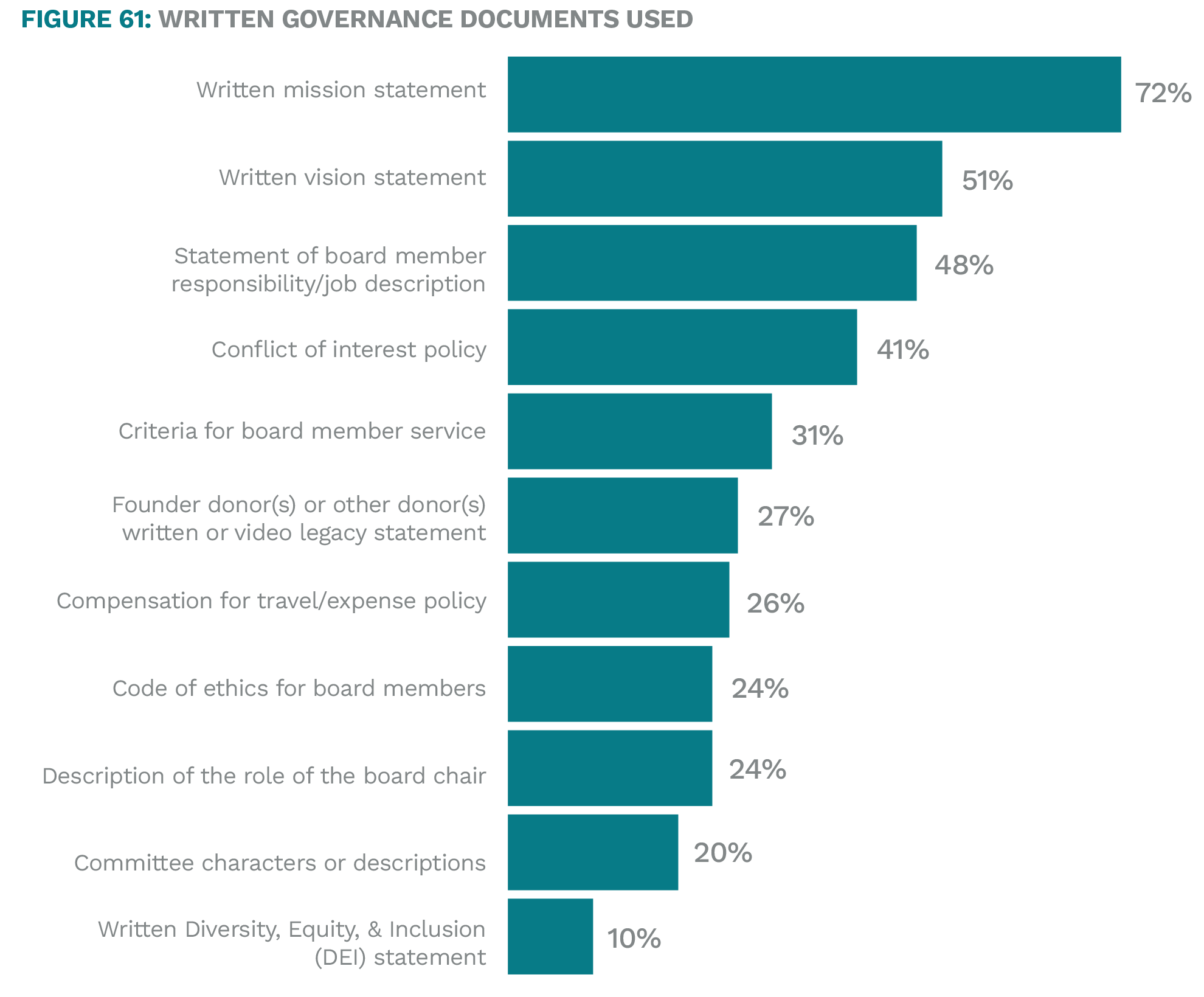 About two-thirds of family foundations have at least one committee or advisory group, the most common of which is an investment committee/advisory group (50% of all respondents). Foundations created before 1970 (81%) and after 2010 (74%) are most likely to use committees. Just as in 2015, the top three types of committees used are investments, program/grantmaking, and finance. Fewer report use of next-gen board committees today versus 2015. 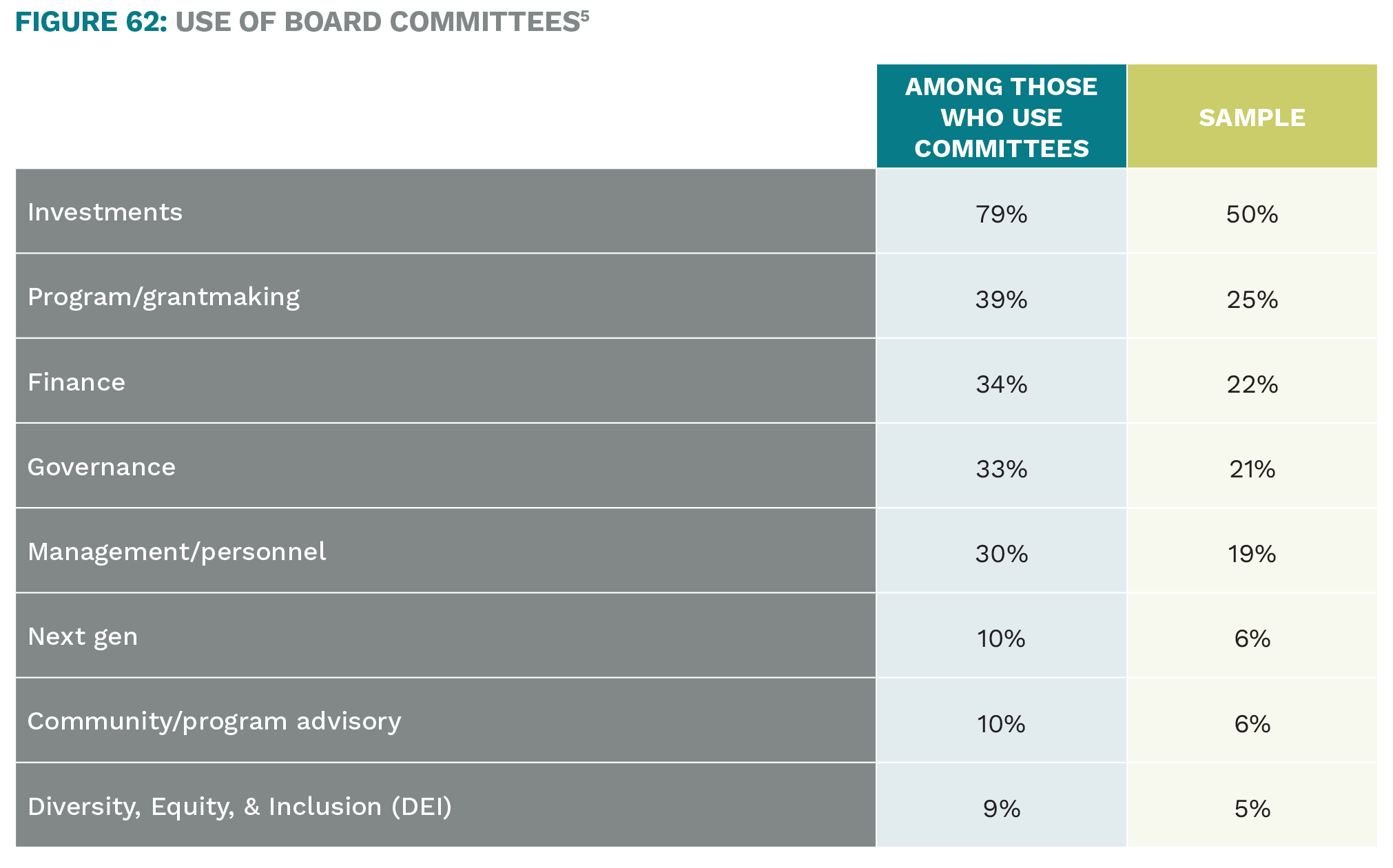 Board Compensation and Expense Reimbursement

Most family foundations do not compensate board members for service beyond reimbursable expenses: 35% pay modest stipends, while another 30% reimburse out-of-pocket expenses only. 35% do not pay fees or reimburse expenses. 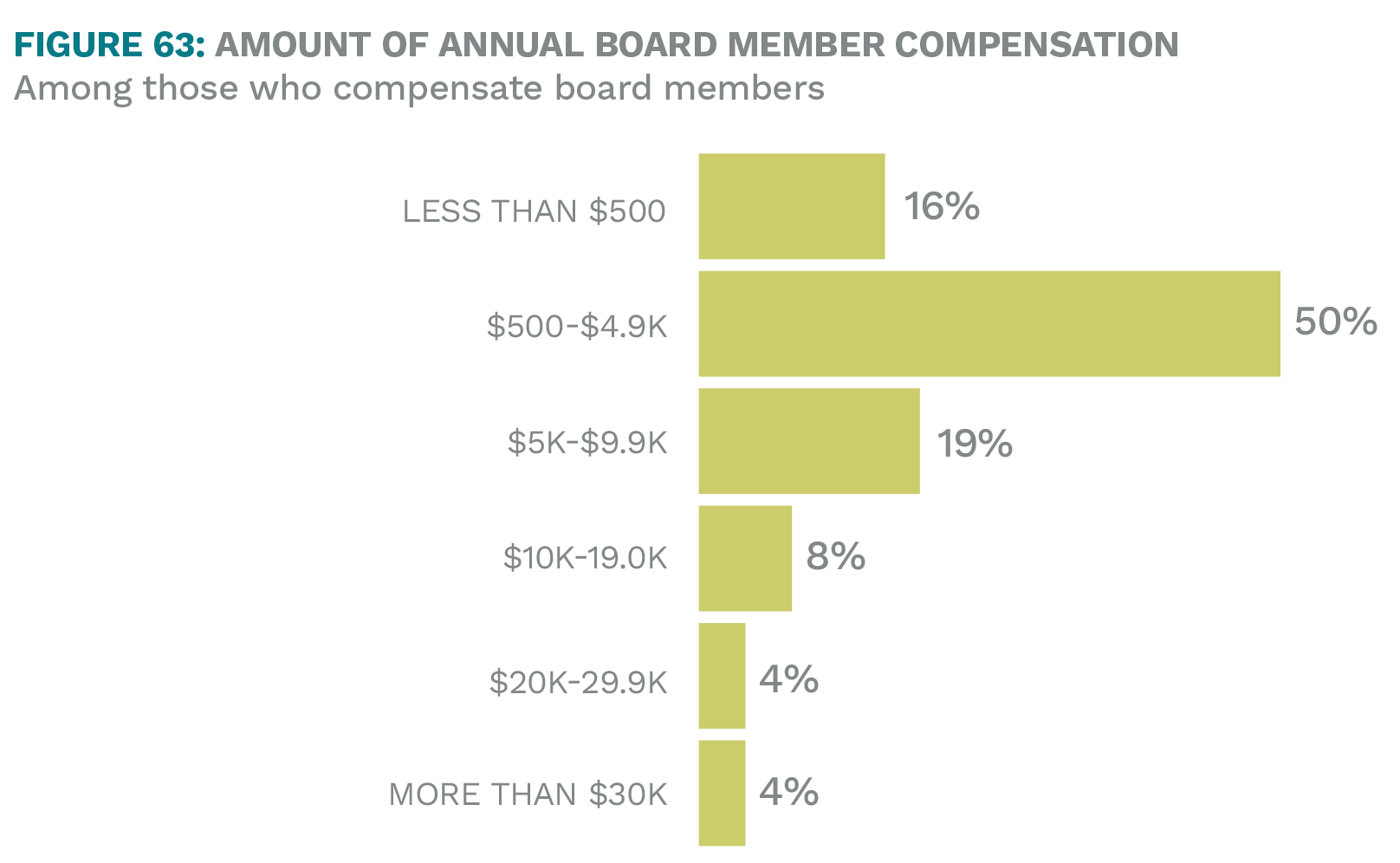 In general, foundations with paid non-family staff are more likely to strongly agree that they are effective in the areas of internal operations and impact on issues. 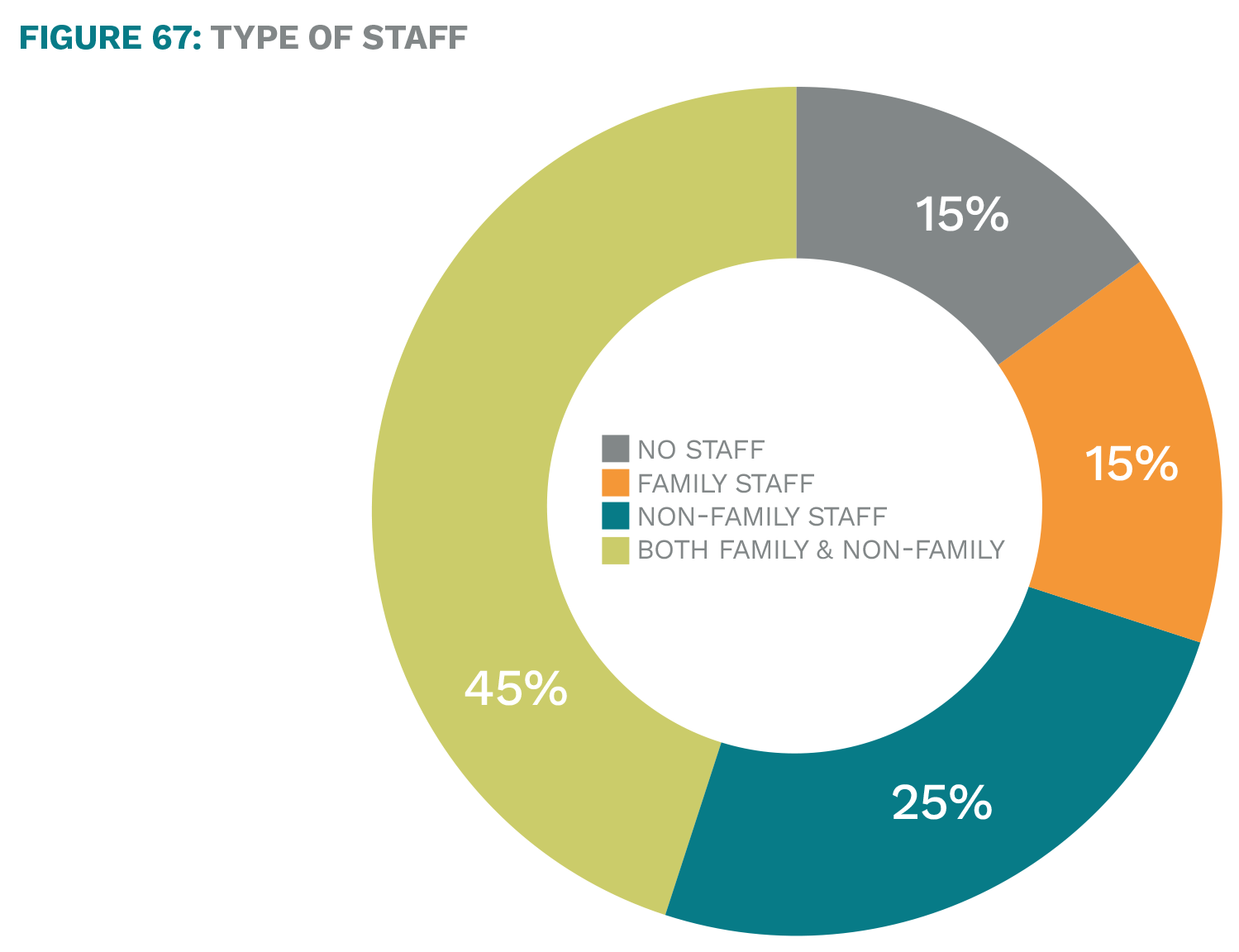 Responsibility for the day-to-day operations has shifted some since 2015, and today, fewer unpaid family members and consultants have this responsibility.

Not surprisingly, the largest foundations are most likely to have paid non-family members in charge. 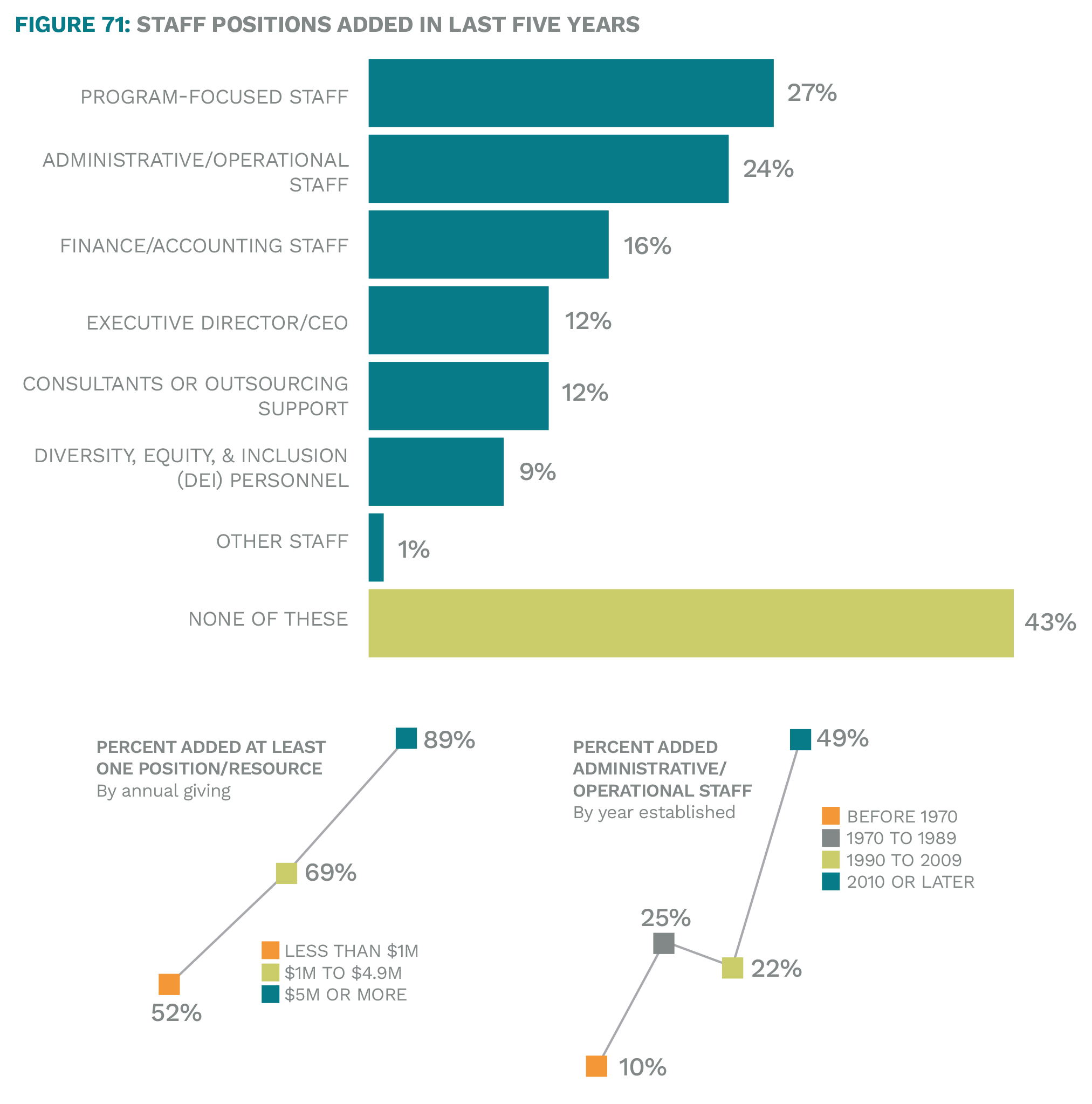 Look to the Future

Foundations with non-family staff running daily operations appear to be much more likely to be currently considering techniques to enhance transparency and communications in the future. They also express more interest in exploring or expanding new grantmaking and investment strategies. 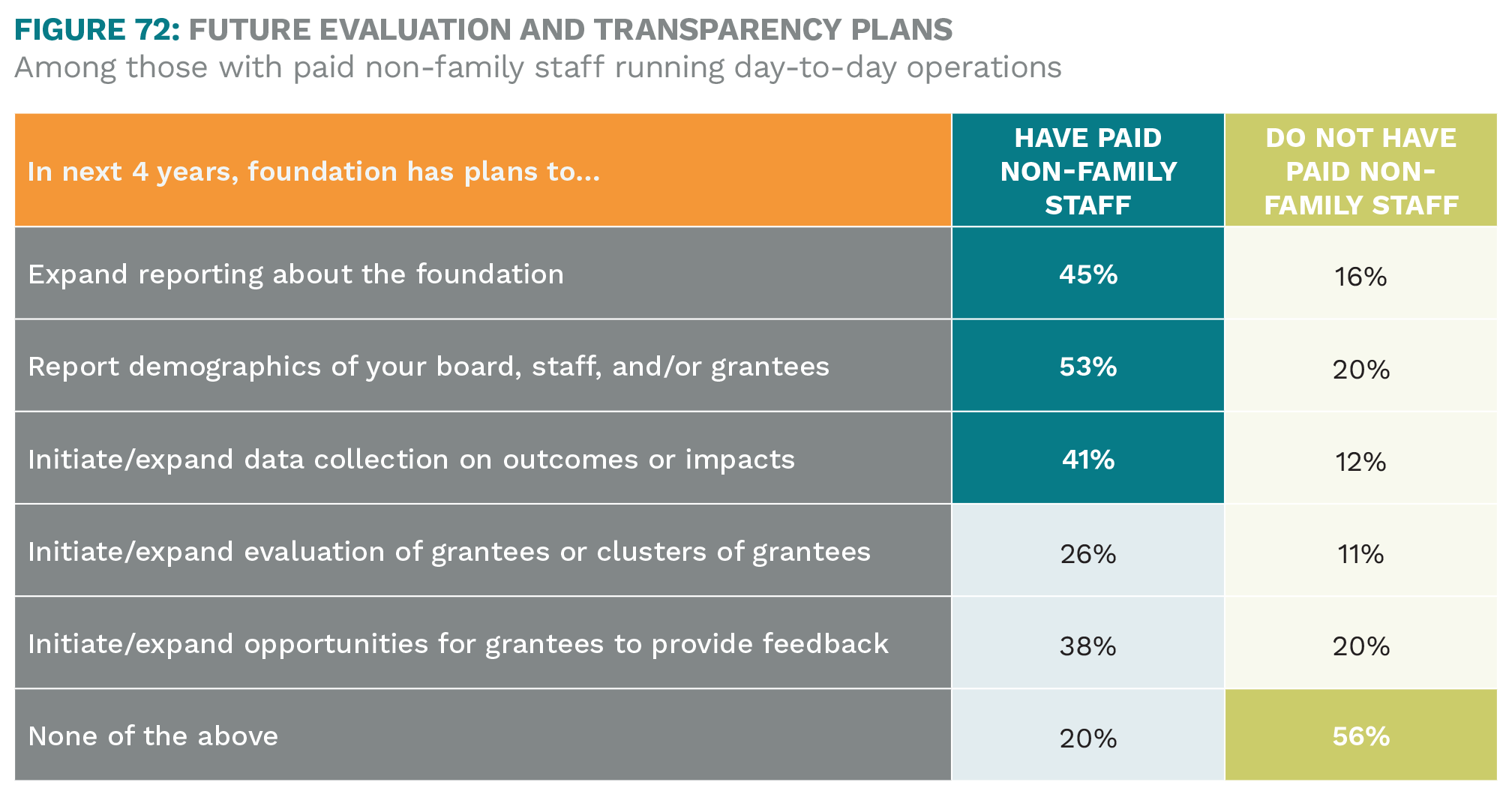