Anita Brown-Graham rejoined the School of Government in September 2016 to lead ncIMPACT—the public launch of a special initiative that seeks to expand the School’s capacity to work with public officials on policy issues that affect North Carolina communities. Through ncIMPACT she helps local governments use data to address complex challenges. Brown-Graham’s first tour as a faculty member was from 1994–2006, when she covered the areas of civil liability and community and economic development aimed at revitalizing communities. In 2007 Brown-Graham became the director of the Institute for Emerging Issues (IEI) at North Carolina State University. There, she led IEI’s work to build North Carolina’s capacity for economic development and prosperity. Each year, she and her colleagues at IEI worked with leaders across North Carolina in business, government, and higher education to focus on issues important to North Carolina’s future. Brown-Graham began her career as a law clerk to the Honorable William B. Shubb in the Eastern District of California and as business litigation counsel in a Sacramento, California law firm. She is a William C. Friday Fellow, American Marshall Fellow, and Eisenhower Fellow. In 2013, the White House named her a Champion of Change for her work at IEI, and the Triangle Business Journal named her a 2014 Woman in Business for her policy leadership in the state. She also currently serves on the boards of several organizations. Brown-Graham earned an undergraduate degree from Louisiana State University and a law degree from the University of North Carolina at Chapel Hill. 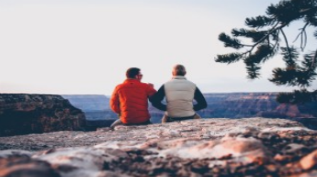 Society is becoming increasingly divisive. What roles can family foundations play in finding ways to support meaningful dialogue across “party lines” within their community? Is this role appropriate for family foundations? What are the biggest mistakes that funders make when trying to provide a forum for these types of conversations? Join NCFP as we discuss these and other questions about… Read More