Carver Murphy was born and raised outside of Reading, PA, where he began his work in philanthropy by serving on Berk’s County Community Foundation’s (BCCF) Youth Advisory Committee. When he arrived in State College to attend Penn State, Carver helped to establish and advise the Centre PACT (Philanthropic Actions Created by Teens) program at the Centre Foundation in State College, PA, based on the work he had done for BCCF. In 2015 he worked for PA State Senator Judy Schwank in her local office and in 2016 he was the assistant campaign manager for Adam Hinds, now a freshman state senator in Massachusetts. In 2017 Carver worked with the Centre County Planning Office cataloging historical resources in Milesburg, PA. Now a Penn State graduate, Carver is giving tours of Penn State and working on some other independent projects. 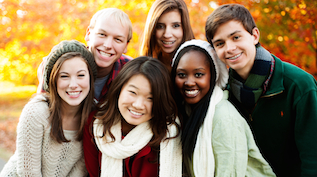 How do we inspire and prepare the best generation of philanthropic leaders for the field and for our family work?​ Now in NCFP’s 20th year, we’ve been thinking a lot about what it means to be a 20-something philanthropist in the 21st century.  This webinar will feature a discussion among early career family philanthropists, showcasing successful strategies for strengthening philanthropic engagement… Read More