Dave Moss is founder and President of the Unfunded List.  An award-winning social change professional Dave has experience on both sides of the funding spectrum – as grantmaker and fundraiser. Dave has worked with The SEED Foundation, The National Youth Rights Association and Atlas Corps as a fundraiser. As a funder, he’s been involved with the Slingshot Fund, the PVBLIC Foundation and the Moss Family Foundation. His proudest accomplishment is directing partnerships and media donations for the launch of the “It’s On Us” campaign in partnership with the Obama White House. He is a former Presentense Fellow, a former member of the Grand Street Network at 21/64, a member of the Schusterman REALITY Community, and is a regular delegate to the Nexus Global Youth Summit where he was one of the original organizers. In 2015, he founded the Unfunded List to help make sure that the next generation of social startups get the feedback and recognition they need to succeed. Passionate about shining a light on philanthropy, Dave hosts both the #WineGrants and Open Door Philanthropy podcasts (available on Soundcloud and iTunes). 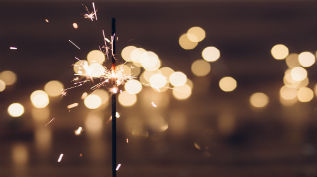 We are excited to feature two next gen givers who have each been engaged in their family’s foundations for more than a decade. Both Sarina Dayal, Tarsadia Foundation & Foundation Center, and Dave Moss, Moss Family Foundation & Unfunded List, spend their days working to support nonprofits and the field of philanthropy. Hear from Sarina and Dave about their engagement,… Read More