Kenji Treanor leads all of SFF’s grantmaking, including the strategic portfolios in the 21st Century Education and the Pathways to Success programs, as well as the General Operating Support grants. His responsibilities include strategy development, program design, grantee and project identification, proposal review, funding recommendations, impact evaluation, supervision of program staff, and representing Sobrato to other funders and partners. Mr. Treanor joined SFF as Senior Program Officer in 2013, focused on education, with his role expanding in 2015 to encompass all of the foundation’s funding programs. In addition to grantmaking, Mr. Treanor also provides strategic leadership and holds top-line management responsibility for the Sobrato Early Academic Language (SEAL) initiative, including creating and directing SEAL’s scaling plan, and supervising senior SEAL staff. Prior to SFF, Mr. Treanor served nine years at the James Irvine Foundation, most recently as Program Officer, managing grants to build college and career pathways in low-income communities across California. He is also co-founder and board chair of Next Generation Scholars, an educational nonprofit that serves disadvantaged youth and families in Marin County. Mr. Treanor received his Master’s in Public Administration from the University of San Francisco and holds a BA in American Studies, with emphasis in Ethnic Studies and Socio-Political Analysis, from UC Santa Cruz. 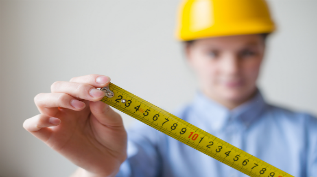 Domino effect. Snowballing. Chain reaction. Ripple effect. Reverberation. There are plenty of ways to describe this simple truth: small actions can have big results. This webinar will feature the stories of foundations that have created out-sized impact with their relatively small grants. Whether it’s health care, education, or the environment, the foundations and funds featured in this webinar have harnessed… Read More