Linda Katz, a founder of Women Give San Diego, has served as a community leader and volunteer in the San Diego region for 30 years. Linda is the Founding President of The San Diego Women’s Foundation. She is a past Board Chair of LEAD San Diego, Planned Parenthood of San Diego & Riverside Counties, Senior Community Centers and Children’s Hospital Auxiliary. Linda has served as Chair and Co-Chair of many milestone charitable events in the San Diego community including: Girl Scouts’ 10th Anniversary Urban Campout, the 90th Anniversary Charity Ball, benefitting Rady Children’s Hospital, The San Diego Foundations’ 25th Anniversary Gala and the San Diego Symphony’s New Year’s Eve Gala. Currently, Linda serves on the United Way of San Diego County Board of Directors as well as United Way’s Women’s Leadership Council Steering Committee. Linda has received numerous awards including: San Diego Magazine’s ‘Community Volunteer of the Year’ Award and Planned Parenthood’s ‘Margaret Sanger Award.’

At the wheel: Women in family philanthropy 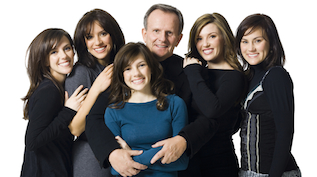 In nearly 90 percent of high net worth households, women are either the sole decision maker or an equal partner in decisions about charitable giving. And as women create and control a growing share of wealth in the country, their influence in philanthropy is increasingly evident… Read More