Making an Impact: Millennial Donors at the Calgary Foundation

Making an Impact: Millennial Donors at the Calgary Foundation 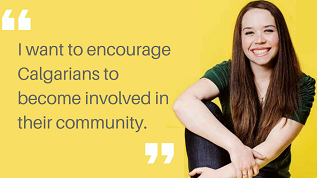 She may be just 18 years old, but Kinga Nolan’s concept of philanthropy and giving back to the community is well-ingrained in her world view. A science lover, Mayor’s Council for Youth alumnus and passionate advocate for head injury awareness, Nolan is proof that millennials can be leaders in community engagement when given the right opportunities.

Nolan’s drive toward community involvement stems from the influence of her parents, Bryce and Valerie, who set up a Fund with Calgary Foundation in 2001 and have used it to teach their children how endowed Funds can grow, and how philanthropy can make a truly significant impact. Nolan and her parents share a passion for conservation, and seeing her family’s Fund benefitting various conservation initiatives has taught Nolan that any Calgarian can make a difference.

“The average person looks at a billionaire and feels like they can never emulate that philanthropic behaviour,” Nolan says. “But the Calgary Foundation provides a vehicle for us to do this.”

Nolan’s parents taught her that philanthropy is about balancing four different pillars—volunteering, financial support, advocacy and non-profit management—all of which she applies through her community work. The advocacy piece has been particularly rewarding: after experiencing a concussion in her early teens, Nolan still manages the effects of her head injury. She has shared her story with government representatives, including a local MLA who helped initiate a motion that was passed in the Alberta Legislature to recognize a provincial Concussion Awareness Day.

“I’ve learned about the increasing incidents of head injuries, especially among youth,” she says. “I now advocate to federal and provincial governments for head injury awareness and support, and my actions have led to policy changes.”

Unsurprisingly, Nolan is also an honour student, and her interest in philanthropy is shaping the path she’s headed down as she pursues a post-secondary education. Her volunteerism with the Crowsnest Conservation Society, where she took on some fieldwork identifying a speciesat-risk organism, sparked an interest in biological science. That, combined with her admiration of prominent philanthropist Seymour Schulich, led Nolan to apply for and eventually win an $80,000 Schulich Leader Scholarship. This fall, Nolan will use that funding to begin a degree in the Faculty of Science at the University of Saskatchewan.

Nolan continues her philanthropic work and hopes other young people can look to her successes and also pursue community engagement in a well-rounded way— focusing on those four pillars that have been so valuable to her family’s philanthropy. “[I want to] encourage Calgarians to become involved in their community through non-profit organizations, as volunteer labour, funding, advocacy and management skills are required to successfully run them,” Nolan says. “There is more to philanthropy than just [basic] volunteer work and people should seek to accomplish all four facets.” 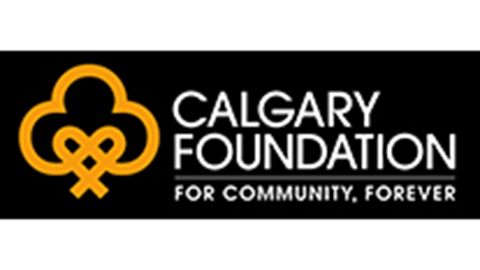