A Generosity of Spirit: The Legacy of Black Philanthropy

A Generosity of Spirit: The Legacy of Black Philanthropy 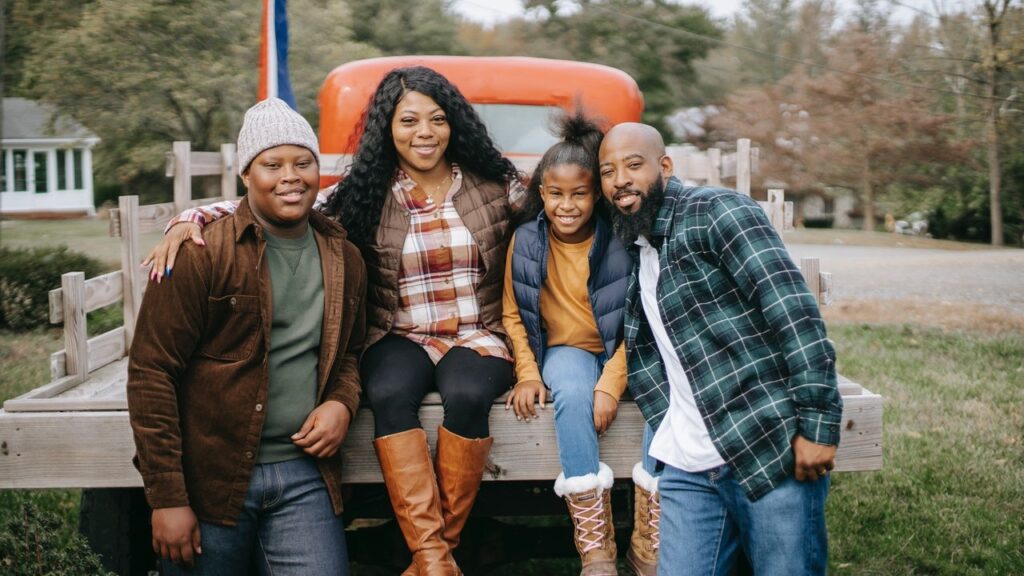 Courtesy of Any Lane from Pexels

Courtesy of Any Lane from Pexels

As we approach the conclusion of Black History Month we are pleased to share a fresh look at the special role of Black philanthropy in the U.S.

“African American giving is grounded in a collective sense of responsibility and obligation towards the community and the continuing larger struggle for liberation. It is based on a generosity of spirit as an expression of dignity, humanity and identity. So, anyone can give. One does not have to be rich or be limited to monetary gifts to express this generosity. Whatever one has that may be helpful to others can and should be shared for collective benefit and communal uplift.”

Philanthropy has long been embedded in the legacy of African Americans.  Yet, Black communities are often forgotten in conversations about donors and giving. There are a variety of factors that play into why this is the case. Black families were subjected to years of slavery, segregation, and discrimination and continue to face systemic racism—including in the financial system. Not only did slavery and Jim Crow put Black families’ ability to accumulate wealth centuries behind that of white families, but discrimination entrenched in public policies shaping housing, education and financial systems have led to a situation where many Black families are just now building their wealth. In spite of this, African Americans are still giving at higher rates, often through vehicles outside of the traditional foundation model. Black philanthropy is impactful, and it is important that we elevate this legacy.

Defining Family and Legacy in the Black Community

In order to discuss family philanthropy within the Black community, we also have to acknowledge that “family” often extends outside of the traditional use of the word. Yes, sometimes family means your blood or adopted relatives: parents, siblings, cousins, grandparents, and so on. But in many circumstances, family extends beyond the people who share your DNA. Family isn’t just the people who grew up in your house or the people who have a clear-cut spot in the family tree. People often create chosen families that do not have formal labels or titles. This is especially true for Black communities.

The word legacy can also have a variety of meanings and interpretations. The Merriam Webster Dictionary defines legacy as something transmitted by or received from an ancestor or predecessor or from the past. While typically legacy is thought to be tied to the past, legacy also connects to our values and hopes for the future. Liz Thompson, co-founder and president of The Cleveland Avenue Foundation for Education, shares what legacy means to her as a Black philanthropist:

“As a proud Black American, I live the duality that is our narrative. I am simultaneously frustrated and angered by how we must constantly fight for the equality that is promised through our constitution, while being immensely proud of how we have prevailed and endured despite the unimaginable challenges our ancestors faced. This undying perseverance in the face of great adversity coupled with a tireless optimism for the future is the legacy I am proud to carry in my spirit. I also feel called, as a philanthropist, to pay it forward and pass on the blessings that we have received because we live by the words…for everyone to whom much is given, from him much will be required; and to whom much has been committed, of him they will ask the more.”

It would be a mistake to believe that Black philanthropy has only begun in the last several decades. Historians and scholars will tell you that African American giving is tied to collective ideals rooted in the motherland. Tyrone Freeman is the author of Madam C. J. Walker’s Gospel of Giving: Black Women’s Philanthropy during Jim Crow and the director of undergraduate programs at the IU Lilly Family School of Philanthropy. He explains,

“African American giving is unique in that its origins are found in pre-colonial West African traditions of giving and sharing. Those traditions and practices traversed the Atlantic Ocean via the slave trade and evolved over time through slavery and Jim Crow on to today where they are foundational to everyday life in Black communities.

In order to survive segregation and the Jim Crow era, Black Americans gave through community churches, social organizations, fraternal organizations, educational institutions, and mutual aid societies. Black philanthropy was integral to the development of Black schools, banks, and businesses. Black people often gave directly to family members and loved ones just to provide basic human necessities. Tyrone also makes the point, “African American philanthropy is unique in that the wide scale social changes it has wrought in America have not only benefited African Americans but also every other marginalized group in the country.”

Legacy isn’t just about honoring the past, it’s also about being impactful in the present and creating a better future. Even though the narrative in the philanthropy sector may say otherwise, current statistics show that Black people are giving to causes even more than other racial groups. According to a Diversity In Giving Study, African American donors say they give an average of 13 percent of their income to their place of worship, compared with 9 percent of donors overall. A study from the W.K. Kellogg Foundation and Rockefeller Philanthropy Advisors also shows that almost two-thirds of Black families make charitable donations, worth a total of about $11 billion a year.

Within the last several years, Black communities have created new opportunities to elevate, strengthen, and celebrate Black giving. Black Philanthropy Month was started by the Pan-African Women’s Philanthropy Network 2011. The Young Black and Giving Black Institute (YBGB) has also created a Black Giving Day called Give 828. Ebonie Johnson Cooper, the founder of the institute, shared that this day was created to celebrate Black giving and support Black organizations:

“It is an opportunity for Black led and Black benefiting non-profits to fundraise. We kind of think of it like Giving Tuesday for Black non-profits. We are very intentional about making sure that the organizations that are registered have boards and staff that are 50% Black — which then represents the communities that they are serving. In 2020, we had 470 organizations participate and [we] collectively raised over $200,000.”

Ebonie also makes an important point: Black people often donate through in-kind giving, which is not usually counted like monetary funds. She describes:

“A friend of yours has started an organization and you might donate boxes of sanitary napkins. That may not be counted in the same way as writing a huge check but for that organization, it feels the same way because you’ve helped that founder cut down on cost.  I think for us sometimes in-kind giving, hits a little different because as social entrepreneurs and grassroots organizers we are often paying out of pocket.”

We must recognize that passion and sacrifice are crucial parts of Black philanthropy. Black donors often give towards causes that they are directly passionate about, often because of their own life experiences.  Ebonie explains that, for example, a Black person might donate to a youth mentoring program because they had positive mentors themselves when they were growing up.  She also shares that even though Black donors may write smaller checks than large foundations, the sacrifice behind the contribution is often greater. Ebonie was shocked when a young Black woman she knew donated $1,000 to YBGB. While $1000 may not seem like a lot to huge organizations, she understood the sacrifice that young woman made in order to support their work.

Over recent years, more and more black families have created foundations in order to formalize their giving. Liz Thompson, shared how her foundation is building legacy:

“Through the Cleveland Avenue Foundation for Education, we hope to continue the legacy of determination and optimism through our work with students and leaders across the education landscape as well as our work supporting professionals in the various stages of their growth. We feel strongly about the power of the assets and genius within our communities and uplifting the deep reservoir of talent that exists within them. It is both an obligation and an immense privilege to do the work of The CAFE. It is our hope that the legacy we have continued may act as a baton to be passed on to future generations”.

Following a year where we witnessed a global pandemic, economic recession, and continued racist attacks, it’s challenging to envision what the future may hold. As we collectively continue the push for a better tomorrow, here are some of the questions that the philanthropic sector will need to explore moving forward:

“Black philanthropy will be more visible and prominent in the mainstream than ever. It will be more vocal than ever, not only demanding seats at the table and priority on the agenda, but building its own tables and advancing its own agendas. It will leverage technology, social impact investing, political activism and advocacy, and other cross-sector strategies along with international connections to advance global liberation for marginalized people. It will translate and adapt the professional and institutional tools of mainstream philanthropy that have not historically been accessible to African Americans through a cultural lens that harnesses and repurposes them into 21st century expressions of Black dignity, generosity and humanity. And it’s built upon historical institutional strengths to imagine and create new ways of collaborating for social change through identity-based and multi-racial funds and networks.”

If you are reading this as a Black person that gives, remember that your contributions matter. Your voice matters. Your legacy matters. Here are some questions you may want to consider as you begin or continue your philanthropic journey:

For additional questions and information about legacy, please see our forthcoming guide, Legacy in Family Philanthropy: A Modern Framework

Maya Diggs is the program assistant at NCFP 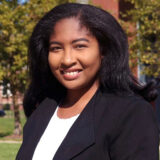