Are There Any Problems with a Foundation Setting Up a Donor-Advised Fund?

Are There Any Problems with a Foundation Setting Up a Donor-Advised Fund?

There are no problems with a foundation setting up a donor-advised fund. When the Pension Protection Act was drafted back in 2006, one of the things they considered explicitly was prohibiting distributions from donor-advised funds to private foundations, because of the way you can arbitrage the tax rules. They left that out, because they considered it to already be illegal.

As you approach the end of the year and look at your immediate distribution requirements, if there’s a plan to move money out of a private foundation before the end of the year to satisfy the this requirement, but also to give yourself time to do more due diligence on potential grantees, then it’s probably fine to use the donor advised fund option. If, however, you and other private foundations get into the habit of not making qualifying distributions but, instead, taking it out of the foundation, putting it into a donor-advised fund, and then letting it sit there, Congress will quickly take away that loophole. There are rules that they could impose that would be tedious.

In summary, there are plenty of reasons to make distributions from a private foundation to a donor- advised fund, including temporary relief from the payout requirements, but you should not make a habit of just moving money out of your private foundation into your DAF and leaving it there. 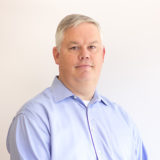