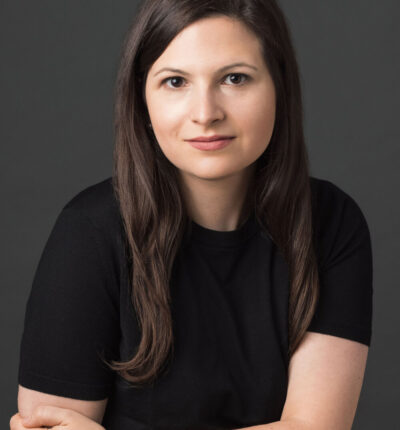 At SHSF, Seldin directed the creation of the SHSF Public Transit Map, which assessed public transit accessibility at community colleges across the United States and inspired the bipartisan PATH to College Act. Seldin is the co-author of SHSF’s report “Sex Trafficking in State-Authorized Massage Schools: A Case Study,” which was featured on the front page of USA Today and prompted an investigation by the House Oversight Committee and the US Department of Education.

At SHSF, Seldin led the development of SwiftStudent, a free digital tool for college students seeking financial aid appeals. Built in partnership with 18 leading higher education organizations and powered by FormSwift, SwiftStudent served 75,000+ students during the COVID-19 pandemic. The Washington Post has highlighted SwiftStudent as “an equity leveler.” Seldin is also the co-producer of the New College Majority Photo Series with Getty Images, a new images project highlighting the demographics of today’s college students.

A Rhodes Scholar and Forbes “30 Under 30,” Seldin previously co-founded College Abacus, an edtech company known as the “Kayak.com of college financial aid,” in 2012. Seldin served as the company’s CEO until she led the successful sale in 2014 to ECMC Group. She joined the acquirer as VP of Innovation & Product Development, where she started and led their DC-based innovation Lab, an 80% female technology and design center.

Seldin has been profiled in national media outlets including The New York Times, and her work on the Abacus products was highlighted in Secretary of Education John King’s 2016 speech, Opportunity Across America. Seldin is a National Advisor to Ascend at the Aspen Institute, and serves on the board of the Association of American Rhodes Scholars. Past board service includes Montgomery College Foundation and the Hope Center for College, Community, and Justice at Temple University. 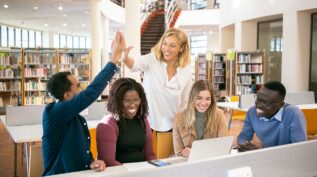 At the Seldin/Haring-Smith Foundation (SHSF), we invest in solutions that expand equitable access to public services and support accountability for abuse of authority. As a small, family foundation with an annual budget of less than $1 million, we look for high-risk, high-impact opportunities to change the public conversation around a particular issue – or drive policy change. Advocacy, research, tech,… Read More