David Nee grew up in a housing project in South Boston, Massachusetts, in one of the poorest urban white neighborhoods in America. He became the first executive director of the William Caspar Graustein Memorial Fund in 1993. The Memorial Fund works collaboratively to improve education for Connecticut’s children by supporting school change, informing the public debate on educational issues, and strengthening the involvement of parents and the community in education. The Memorial Fund’s Discovery Initiative supports 54 Connecticut communities in developing locally-driven action plans for improving life and educational outcomes for young children. Before coming to the Memorial Fund, Mr. Nee was executive director of the Ittleson Foundation and of the Florence V. Burden Foundation. Mr. Nee has exercised national leadership in the fields of aging, crime and justice, mental health, AIDS, and the environment

Leading Through Change: Advice from and for Seasoned CEOs and Their Boards 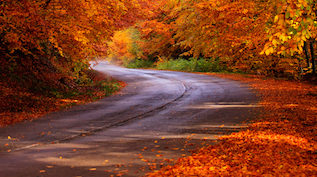 How do seasoned family foundation CEOs stay renewed and refreshed in their work? How do experienced CEOs find ways to balance the needs of the family with those of the foundation? How do they know when it is time to move on, and how can they work with the board to prepare the donor family for an eventual departure? … Read More