Diane Kaplan was named president of the Anchorage-based Rasmuson Foundation, one of the largest private foundations in the Pacific Northwest, in 2011. She began administering the Foundation in 1995. From 1994-2001, Diane’s consulting company provided management and government relations services to philanthropic and nonprofit organizations and Native corporations and tribes. She was previously president and chief executive officer of Alaska’s 28-station public radio network. Diane earned a degree in Communications and Women’s Studies from the University of Pennsylvania, graduating summa cum laude. She was elected to Phi Beta Kappa. She attended executive management programs at the Wharton School, Stanford University and UC Berkeley.

Diane received the Distinguished Grantmaker Award, the highest honor awarded by the Council on Foundations, in 2007. In 2006, she received the Denali Award from the Alaska Federation of Natives, the highest honor given to a non-native person. Her community contributions have been recognized by the National Organization of Black Elected Legislative Women, YWCA, and Anchorage Chamber of Commerce ATHENA Society.

Adding nonfamily trustees and community voices to your family foundation board 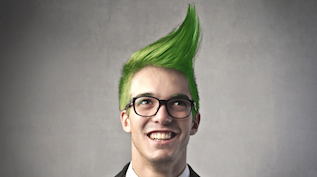 What are the signs that your foundation’s board might benefit from adding a community leader to bring new energy and a fresh voice to board deliberations and decisions? Some family foundations have never had an outside trustee on the board and don’t want one. Others have had non-family trustees since their inception—either a friend or business associate of the founder, a trusted lawyer or accountant, or a program expert or local community leader respected by the family… Read More