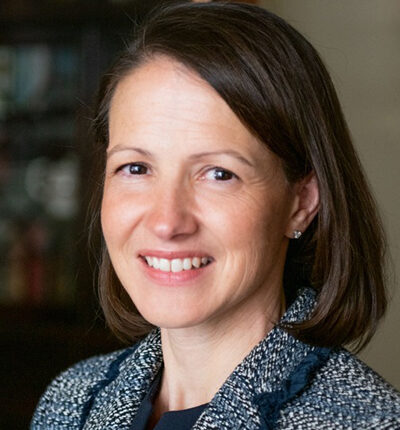 Heather Templeton Dill is president of the John Templeton Foundation. Prior to assuming this role in 2015, she served as executive liaison to the president under her father, the late Dr. Jack Templeton. Dill is the granddaughter of the late Sir John Templeton.

In her tenure as president, Dill and the Foundation have awarded 1,150 grants totaling more than $743 million. The John Templeton Foundation funds research and discovery across a range of subjects in the sciences, philosophy and theology from gratitude and hope to the psychology of purpose and positive neuroscience. Under her leadership, the Foundation plans to increase its grants and donations to approximately $313 million total across 2021 and 2022.

One of the main programs of the Foundation is the Templeton Prize, valued at $1.4 million. It is one of the world’s largest annual individual awards to honor individuals whose exemplary achievements advance her grandfather’s philanthropic vision: harnessing the power of the sciences to explore the deepest questions of the universe and humankind’s place and purpose within it.

The 2021 Templeton Prize Laureate was Dr. Jane Goodall, the first female primatologist in the history of the Prize. Past laureates have included Mother Teresa, Archbishop Desmond Tutu of South Africa, King Abdullah II of Jordan, and the Dalai Lama.

Dill has spoken at various venues on living in a pluralistic world, on the research-supported benefits of a life of purpose, as well as the importance of intellectual humility. In 2020, she received the Citizen Diplomat of the Year Award, from Citizen Diplomacy International Philadelphia, jointly with Jennifer Templeton Simpson, and she was selected by Main Line Today magazine for its 2019 Women on the Move issue.

Prior to joining the Foundation, Dill taught high-school level history, government, and economics.

She holds a master’s degree in American history from Villanova University and is a graduate of the University of Notre Dame with a B.A. in history and a concentration in public policy. 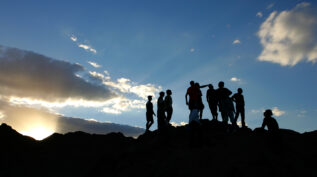 In an increasingly divisive society, people are facing complex, challenging dialogues around politics, ethics, and social issues, struggling to manage perspectives across the political aisle and facilitate healthy discourse with multiple viewpoints. What is taking place on a macro scale is mirrored within individual families—difficult conversations, distinct political and cultural divides, and in many cases gridlock or an inability to… Read More