Irene Siragusa Phelps was elected President of the Siragusa Foundation in 2002, after serving as the first Executive Director since 1997. She graduated from Tulane University in 1975 with a B.A. in Philosophy and spent eighteen years in Los Angeles working in the entertainment and restaurant industries. For the past sixteen years, she has been a family representative of the Foundation working to preserve her grandfather’s legacy, and an involved member of Chicago’s philanthropic community. She oversaw the Foundation’s largest series of gifts ever made, and she moved the Foundation towards becoming more engaged with contemporary strategic philanthropy environment. Under Irene’s direction the Foundation has become a point of contact for her family and is continuing the legacy of her grandfather, Ross D. Siragusa through the service and involvement of its 3rd and 4th generation family members. Irene has joined several other organizations in a leadership capacity. She serves on the Executive Committee and co-chairs the Nominating Committee of the Adler Planetarium. She is also chair of 3ARTS, vice chair of the Trust for Public Land’s Chicago Advisory Board, a member of the Board of Overseers at Rush University Medical Center. In addition, Irene is on committees at the Donors Forum, Children’s Memorial Siragusa Transplantation Center and the Lincoln Park Zoo’s Farm in the Zoo. In March 2010 she received Elmhurst College’s first Community Leader Award.

Over the River and Through the Woods: Geographic Dispersion in Family Philanthropy 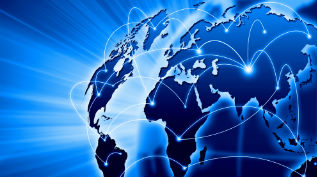 With family members living far apart, what steps can families take to build family identity and bonds that once evolved naturally from living in close proximity? How can family members whose lives have taken different paths forge a genuinely collaborative team driven by a mission derived from and embraced by the family? How are families balancing the commitment to the foundation's "home town" and their growing concern for their own region?… Read More