James Gore joined the Z. Smith Reynolds Foundation in February 2009 as the program officer who oversees the Social Justice & Equity focus area. James works with grantees on a wide range of issues such as civil and human rights, anti-death penalty and criminal justice reform, immigration, race relations and racial equity, women’s reproductive rights, sexual assault, domestic violence and adolescent pregnancy. Prior to coming to the Foundation, James served as a program director with One Economy Corporation, a Washington, DC based multi-national nonprofit that focuses on efforts to bring broadband access, online content, and technology resources to low-income families. James also spent eight years with the Winston-Salem Foundation as a program officer and donor services officer. In addition to his grantmaking work at the Foundation he helped create the Black Philanthropy Initiative, which was funded by the W.K. Kellogg Foundation. James received his bachelor’s degree in Political Science from Yale University.

Equity, Inclusion, and Connecting with Community in Family Philanthropy 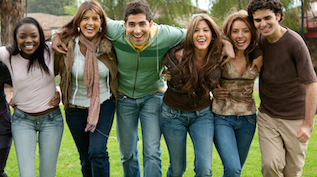 What does inclusivity mean for family philanthropy? How can we promote diversity, community engagement, and openness while retaining the family focus of our giving practices? This session will feature a conversation on strategies for connecting with community and building an equity lens into your grantmaking and internal operations… Read More