Marlene B. Young is President of Delaplaine Foundation, Inc., a private foundation based in Frederick committed to the enrichment of communities and families by supporting programs that strengthen education, arts and sciences, historical preservation, spiritual enlightenment and physical well-being.  Additionally, she is Vice President of Great Southern Enterprises, Inc., a management services firm in Frederick specializing in venture capital funding and public and private investment.

With a career in corporate administration and a background in publishing and telecommunications, Ms. Young is a five-time recipient of the Maryland Department of Labor, Licensing and Regulation’s Outstanding Media Award for her ongoing efforts in support of the Maryland Job Service.  She is likewise the recipient of the Founders Club Award from the Maryland-Delaware-DC Telecommunications Association for her contributions to the cable industry of over twenty-five years.

In 2005 Ms. Young, an investor in Great State Publishing Co., publishers of Maryland Life magazine, Maryland’s premiere statewide magazine of record which published from 2005 through 2013 during which time, served as Chair of The Maryland Board, a 90-member statewide Board comprised of top profile individuals from Maryland’s 23 counties, plus Baltimore City. A primary function of The Maryland Board was the coordination of the annual selection and recognition of the Marylander of Distinction Award and Young chaired the annual event which recognized the accomplishments of outstanding Marylanders who have made multi-dimensional contributions to the State, including J.W. Marriott, Dr. Ben Carson, and others.

In 2008 she was named a Paul Harris Fellow by The Rotary Foundation of Rotary International in recognition of community service and human relations. She was awarded an honorary Doctorate of Humane Letters degree by Hood College in 2014 in recognition of her leadership, her long-term support of the college and community contributions and positive impact in Frederick County and the State.  She was selected for members in the National Association of Professional Women in 2014 for excellence and dedication to her profession and the advancement and achievement of professional women.  Additionally, she received the Inspirational Woman of the Year Award in 2014 by Women’s Radio Network. She received the Community Volunteer Award from the United Way in 2014 for her efforts on behalf of service to others. She was named one of Maryland’s Top 100 Women in 2015 and for a second time in 2020.

In 2020 Ms. Young, was presented with the Eagle Award by Frederick Community College, the highest award given by the College in recognition of commitment to FCC and its students.  Also in 2020, she was the recipient of the 2020 Presidential Medal by St. John’s Catholic Prep for her outstanding work in the community.

Ms. Young serves on the Board of Trustees of Hood College where she is Chair of the Institutional Advancement Committee. She is a “Founding Mother” of the Maryland Women’s Heritage Center in Baltimore and is a charter member of the Women’s Giving Circle of Frederick County, having served two terms as Grants Committee chairperson, and has served on numerous community boards within the region, including most recently, the Research Advisory Board the Frederick County Human Needs Assessment.

Mrs. Young and her husband Mike are involved in multiple community activities through service and philanthropic giving.  The Youngs have established the Young Scholars Award through the Community Foundations of both Frederick County and Washington County, MD to benefit high school students at Middletown High School and Smithsburg High School who are going on to major in business, education or music. Likewise, they have established two scholarships at Hood College, her alma mater, for students majoring in business, education, music or the humanities.  Young has been a strong advocate and mentor for student recipients of the scholarship awards. She has also been a strong supporter of women in business and community through the Woman-To-Woman Mentoring association in Frederick County. The Youngs have been proud to be involved with the Carson Scholars Fund since 2008 and have funded Carson Scholars since that time at Wolfsville Elementary School where in 2013 they funded the establishment of a Ben Carson Reading Room for students. Young is a champion for literacy in all ages of life. 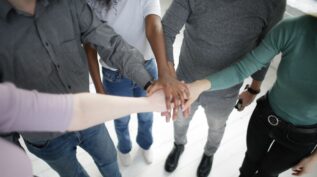 Delaplaine Foundation, a private family foundation with deep roots in the Frederick, Maryland community, has been dedicated to making a positive difference in Frederick County and beyond since its inception in 2001. The name Delaplaine has been synonymous with philanthropic giving reaching back more than a century, and the foundation has awarded over $20M in grant funding to more than… Read More