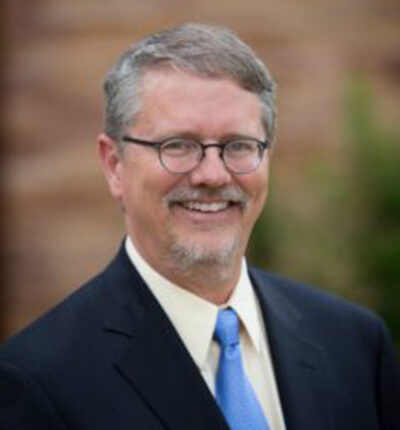 Peter Laugharn (pronounced LAW-harn) serves as president and chief executive officer of the Conrad N. Hilton Foundation. Laugharn is a passionate leader with 25 years of foundation and nonprofit experience internationally, with a focus on improving the well-being of vulnerable children.

He was executive director of the Firelight Foundation from 2008 to 2014. Firelight identifies, funds, and supports promising African nonprofits serving vulnerable children and families in the areas of education, resilience, and health.

Prior to Firelight, Laugharn served for six years as executive director of the Netherlands-based Bernard van Leer Foundation, a private foundation that works to improve opportunities for children up to age 8 who are growing up in socially and economically difficult circumstances. He was director of programs at the Foundation for three years before becoming executive director.

Laugharn began his career at Save the Children, where he worked for 11 years in a variety of roles. Eight of those years, he was based in Bamako, Mali. Laugharn helped develop the Village Schools model, which promoted access to basic education, girls’ schooling, and community participation. The model helped 45,000 children go to school and raised the number of primary schools in the country by 40 percent. Laugharn was later Save the Children’s Mali Field Office director, West Africa Area director and then education advisor for Africa, providing technical assistance for programs in 10 countries.

A graduate of Stanford and Georgetown Universities, Laugharn holds a Ph.D. in education from the University of London. He was a Peace Corps volunteer in Morocco from 1982 to 1984. Laugharn was a co-founder of the International Education Funders Group and the Coalition for Children Affected by AIDS, and he serves on the boards of the Council on Foundations and the Pacific Council for International Policy.

Scaling for Impact: The Needs of Growing Philanthropies 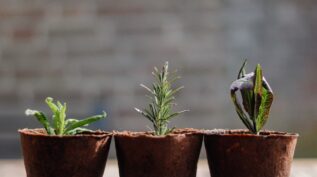 The process of scaling can be a pivotal moment—it offers an opportunity to revisit the past and reinvent what is possible for the future. What are the special challenges facing family philanthropies that are preparing for—or in the midst of—a significant scale up in philanthropic assets? As your philanthropy reaches a certain size, increasingly robust practices and approaches may be… Read More
Voices from the Field

Our Values in Action: A Look Inside the Conrad N. Hilton Humanitarian Prize 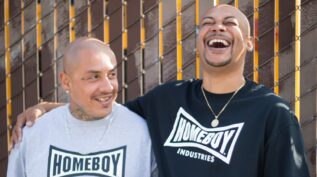 Homeboy Industries is a unique place where former gang members are able to experience healing from their violent pasts within the context of kinship. It is a place of hope where work therapy, mentorship, education, tattoo removal and many other vital re-entry services are offered so people can have a second chance at life. “We used to be worst enemies… Read More