Regina McGraw is the Executive Director of the Wieboldt Foundation, a family foundation established in 1921. It currently funds multi-issue, grassroots community organizing in Chicago. She formerly worked with Travelers and Immigrants Aid, a social service agency. While there she helped to create the Midwest Immigrants Rights Project, which recruits pro bono attorneys for individuals applying for political asylum, and the Chicago Coalition for the Homeless. As Vice President for Public Information at Voices for Illinois Chicago, a children’s advocacy group, she oversaw the writing and production of public policy reports, coordinated community briefings, and was in charge of an annual Illinois Kids Count Project funded by the Annie E. Casey Foundation. While at the Wieboldt Foundation, Regina has designed and coordinated two funder collaboratives. The Successful Schools Project joined 11 foundations to fund school reform in Chicago Public Schools. The Chicago Community Capacity Building Initiative, anchored by a sizable grant from the Ford Foundation, increased the effectiveness of grassroots community organizing in Chicago through general operating support to community organizations and on-going workshops and meetings. At the Neighborhood Funders Group (NFG), an affinity group for funders of community development and organizing, Regina has served in a number of leadership roles, including being a member and Chair of the Board of Directors, Co-Chair of two NFG conferences, and Chair of the Membership Services Committee and the Working Group on Community-Labor Collaborations. Regina has received numerous awards from community organizations including the Washington Park Community Coalition, the Coalition to Protect Public Housing, the Mutual Assistance Associations of Chicago and SOUL, Southsiders Organizing for Unity and Liberation. Her non-profit experience includes stints on the Boards of the Chicago Coalition for the Homeless, the Center for Economic Progress, the Law Project, and the Chicago Network for Survivors of Domestic Violence. She also served on the Local School Council of her neighborhood public school. 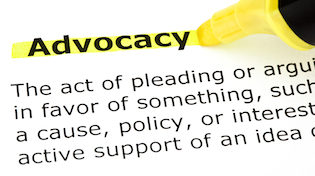 Why do family foundations choose to invest in these strategies to advance their mission? What kinds of impacts are they achieving, and how do they measure success? What legal parameters guide their advocacy grantmaking?… Read More