Rosie Abriam became the President/CEO for The Center for Asian Pacific American Women in 2008. “The Center” is a nonprofit organization dedicated to building leadership capacity within our communities. Previously, her career spanned multiple disciplines across government and corporate entities. Her background is in Biology & Computer Science. She moved to her current position to provide opportunities for women and our communities. However, she periodically consults on “technical projects of interest.”

Rosie holds multiple patents in manufacturing, software and laser applications. These patents were developed while working for New Focus, Inc., a startup photonics company in Silicon Valley where she led numerous projects in the United States, Europe, Asia and South America. Her work focused on laser development and fiber sensing applications in the biomed, oil & gas and civil engineering sectors.

Prior to New Focus, Rosie worked in the Geophysical Division of Lawrence Livermore National Laboratory (LLNL) with Atmospheric Release Advisory Capability (ARAC), aDOE national emergency response program. While at LLNL, she received multiple awards including the Distinguished Physics Award from the Director of the Lab.

In 1995, Rosie was invited to join Women’s Investment Partnership (WIP), a small cadre of women in the technology industry interested in financial education. To date, the capital gains achieved under her presidency have been unmatched.

Rosie has taught martial arts for over 25 years and is a Gura Fifth Degree of the Kamatuuran School of Kali. She currently teaches (and is a student) with the Institute of Zen Studies in Honolulu.

She is a 2002 Fellow of the Asian Pacific American Women’s Leadership Institute (APAWLI). As a result of her APAWLI project, she co-­‐founded Rosemary Pai, Inc., a small business focused on marketing and distributing products from artists and startup businesses. She is a recipient of the 100 Most Influential Filipinas in America award.

Giving as a Family: My Family’s Use of a Donor-Advised Fund Through Our Community Foundation 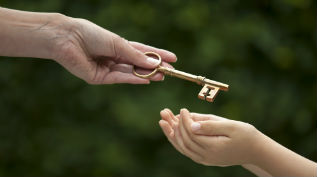 A donor-advised fund (DAF) provides the donor(s) the opportunity to provide a tax-deductible gift to benefit the organizations and issues that the donor(s) care about most. Working with the community foundation has been great for our family because they provide management and support including handling the paperwork attendant to tax-deductions… Read More