Yuval Lion is the Production Director and co-founder of MYLKmedia, a New York based production company that creates award-winning advocacy films for nonprofits, foundations, educational organizations, and others. Yuval previously had a 15 year career producing international news segments and features for the AP, NBC News and PBS. He has twice been nominated for a News Emmy award.

Based on his experience producing his family’s legacy film, Yuval is now expanding MYLKmedia’s services to produce legacy films, tribute films, testimonials, and family business stories for other individuals and families. 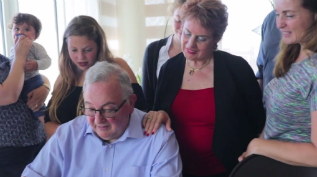 Suddenly, I was thinking more about the meaning of money, responsibility, privilege, and the possible consequences of inherited wealth. That led me to question my parents’ legacy – how would their wealth impact future generations of our family?… Read More