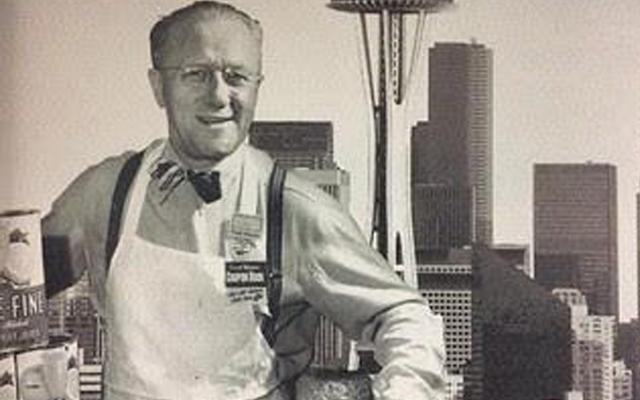 Note: This essay was written by Charles S. Rooks and originally published in the Meyer Memorial Trust Annual Report, 1994-1995); it was re-released in 2001 as part of NCFP’s Living the Legacy guide.

The 1994-95 Fiscal year was the last one in which the Trust was governed by its original five trustees. In May, slightly over 13 years after the Trust began operation, Pauline Lawrence resigned as a trustee. Among the many fine qualities she brought to her role on the board, one of the most notable was her deep concern that the Trust appropriately reflect the interests and values of its founder, Fred G. Meyer. Like the four other trustees, Pauline had known Mr. Meyer for many years, and she was one of his closest personal friends. She looked at this relationship as a guide in many of the decisions she made as a trustee.

Yet she, along with the other trustees, found it difficult to rely too frequently or too heavily upon such a reference. The difficulty came from several factors: Mr. Meyer did not leave specific guidance for the Trust; circumstances can change significantly with the passing of time; and trustees have the obligation to exercise their own judgment. Nevertheless, their first-hand knowledge of Mr. Meyer and their sense of personal responsibility to him have provided important influence in some of their decision-making.

Over time, as new trustees replace those who knew Mr. Meyer personally, the complexity of honoring the founder in Trust decisions will inevitably increase. Mr. Meyer chose not to leave explicit directives to guide the Trust. In 1976, two years before his death, he wrote a memo to the future trustees, mentioning a number of activities they might consider in setting grantmaking policies. However, in the first paragraph of that memo he stressed that the comments “are offered as suggestions only and are not to be viewed as directives or instructions which are binding on my trustees.” He also stated: “Realizing as I do the uncertainties of the future, I want my trustees to be able to exercise broad discretion in shaping and carrying out charitable programs which can be tailored to fit changing conditions and problems.”

Under these conditions trustees are free to establish, within the framework of IRS regulations, whatever policies they wish for the Trust’s operation. But if there is also a desire to direct the Trust in a manner that to some degree intentionally respects and honors the character of the founder, how is this to be pursued?

One approach is to examine Mr. Meyer’s pattern of giving during his lifetime. This can be helpful to a small degree, but it is inadequate in many ways. The Trust’s level of grantmaking is of far greater magnitude than the founder’s personal giving. Also Mr. Meyer foresaw and warned that some organizations then favored by him might change as time passed.

Using Biography as A Guide

Perhaps a more fruitful path is to study the qualities that characterized the founder and then search for ways that these characteristics might be applied in the operation of the foundation and the selection of at least some grant recipients. This certainly is not an easy undertaking. There are numerous important differences between the nature of the business world and that of philanthropy. For example, the primary goals of a for–profit business and the methods of gauging success in that context cannot properly be applied to most philanthropic enterprises. When principles used in business are pertinent to nonprofit operations, the effective application of these principles in the latter sphere may require careful and significant tailoring. But, nevertheless, an effort to imagine how a founder might have applied his or her values in the philanthropic arena could possibly yield ideas about how grantmaking could reflect the nature of the founder when there is little counsel from other sources.

It is somewhat presumptuous of me to talk about Mr. Meyer, since I never met him. However, in the 13 years I have been at the Trust, I have learned a great deal about him from some of his closest associates. In my mind, Mr. Meyer looms as a pioneer, an innovator, a risk taker, and a person who saw the big picture and the relationships between its component parts. In building the retail empire that produced his fortune, Mr. Meyer several times made huge bets on new ideas. He introduced such concepts as the packaging of foods that had previously been sold only in bulk, cash and carry purchases rather than home delivery with monthly billing, and one-stop shopping stores rather than separate shops for various kinds of foods and products. In many of his ventures, such as the creation of a self-service drug store, he encountered strong opposition from traditional forces, but his persistence and ingenuity brought about innovations that have subsequently become standard features of the retail industry.

Mr. Meyer paid attention to the minute details of how customers were treated and how products were presented to them, but he also recognized his company’s success was connected to the general economic condition of the area. He thus emphasized the purchase of local goods whenever possible, and he encouraged Northwest farmers and businesses to introduce new products. While many of his efforts to boost the local economy cut his shipping and distribution costs, he also helped many businesses get started or survive, even when some of these would become competitors. Through careful research and planning, Mr. Meyer built his constantly evolving company into a multi-state giant that employed thousands of people. But he insisted that one could not “freeze success and make it a rigid system.” He believed that “in business you must be willing to experiment and experiment… If something works, you do it. If it doesn’t, you try something else.”

Mr. Meyer was a strong believer in giving people a chance to succeed. Known for his high demands concerning productivity and efficiency, he was also a generous mentor who fostered the personal growth of employees who showed innate promise and a strong work ethic. Pauline Lawrence is a good example. After observing the young waitress who had recently moved to Portland from rural Arkansas, Mr. Meyer perceived qualities that led him to bring her into the company, give her more and more responsibility, and eventually make her an officer of the corporation and head of the restaurant division.

Even in such an abbreviated sketch, one could find several traits that suggest how a grantmaking program might reflect some of the founder’s principles. Despite some uncertainties, and possibly some controversy, involved in looking at Mr. Meyer’s attributes as a guide to grantmaking, it is hard to avoid certain general conclusions. To honor this founder, a foundation would certainly be open to new ideas. It would be willing to take chances and explore new fields when the potential results merit the risk-taking. It would look at the larger context of certain issues. It would be attentive to results. And it would support the development of individuals who seek to better themselves.

The listing above is a sample, not an exhaustive examination, of how Mr. Meyer’s characteristics suggest some general principles for guiding the charitable trust he endowed. It is intended only to illustrate a method by which a foundation can respect its founder in the absence of explicit instructions, either written or personally conveyed. While the original trustees can call upon their direct acquaintance with Mr. Meyer, future generations of trustees will have to use other means to assess how their decisions honor the founder.

One of the clearest ways in which trustees can do this is to follow the few explicit recommendations he did leave. In addition to directing the trustees to apply their own best judgment to chart a course for the Trust, he further advised them to continually assess “changing conditions and problems” and develop creative responses to them. This is an enormous challenge, but I think the trustees can take considerable satisfaction in their efforts to respect this mandate. In honoring the character of Mr. Meyer, they are also well aware that part of his legacy was never to be satisfied with past performance and always to seek ways to improve and grow.