David Barrett is chairman, president, and chief executive officer of the Gene B. Glick Company. Prior to joining Glick in 2007, David served as vice president-corporate counsel at Emmis Communications Corporation, a diversified media company based in Indianapolis. Before joining Emmis in 1999, he practiced law in Indianapolis at Ice Miller LLP, where he concentrated his practice in corporate law, business transactions, and media law. David represented a number of public and private companies, including radio and television broadcasters and various sports and entertainment clients. He also served as counsel to the Indiana Broadcasters Association from 1996 to 1999. David is active in the Indianapolis community and has served on a number of boards of charitable and civic groups. He serves as president, chief executive officer, and director of both the Glick Family Foundation and the Gene B. Glick Family Housing Foundation. He is also an advisor to the Glick Fund of the Central Indiana Community Foundation. 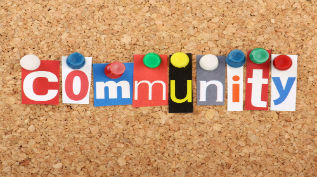