Jay Ruderman is president of the Ruderman Family Foundation, which focuses on the inclusion of people with disabilities in Israel and the Jewish community worldwide; and educating Israeli leaders on the American Jewish community. He also serves on the Board of Directors of the Jewish Funders Network and is a member of the JDC Executive Committee. Jay began his career as an assistant district attorney in Salem, Massachusetts. In the fall of 2001, he became Deputy Director of the American Israel Public Affairs Committee (AIPAC) in New England. In 2005, Mr. Ruderman enlisted in the Israel Defense Forces (IDF), and became the liaison between the IDF and Diaspora Jewry. After his service in the IDF, he returned to AIPAC as the Leadership Director for AIPAC in Israel. Jay graduated from Brandeis University with honors and received his J.D. from Boston University School of Law. He currently lives in Rehovot with his wife, Shira, and their four children, Michael, Tamar, Yehonatan, and Ariel. 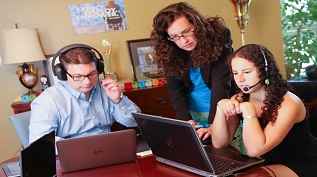 Every foundation, public or private, is different. Each foundation is passionate about the issues they support but the way they “do business” differs vastly. In order to change attitudes, build awareness and affect long-lasting change, our foundation’s narrow-and-deep approach manifests itself in two ways: our strategy of partnerships and public advocacy… Read More 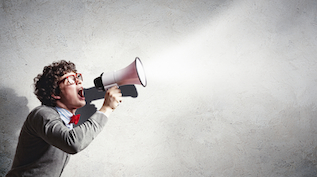 Have you thought about using Twitter or google hangouts but aren’t sure if it is a good use of your time? Have you been approached by a long-time grantee who has an idea to create a film dedicated to highlighting their cause – and wondering if this is a good use of your philanthropic dollars? Have you been told to have a website but not sure it is worth the bother? Are you interested in learning how to leverage the reputation of the foundation in the twittersphere to make a difference in issues you care about?… Read More