From Syria to San Diego: the Lawrence Welk Family Foundation Junior Board Grants $10,000 to Refugee Resettlement

From Syria to San Diego: the Lawrence Welk Family Foundation Junior Board Grants $10,000 to Refugee Resettlement 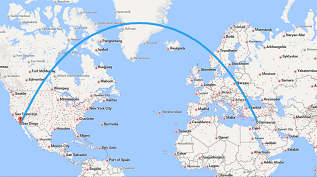 Early in July, three generations of the Welk family convened in San Diego for their annual “Cuzapalooza” family reunion. Like most 21st century families, they live dispersed throughout the country, and the family reunion is the one time of year when everyone gathers.

Making the most of this family time, the Lawrence Welk Family Foundation (LWFF) holds its annual senior and junior board meetings simultaneously. In addition, the reunion always includes a philanthropic activity for the extended family to partake in together. Sometimes it’s a fundraiser or a volunteer activity; this year, the family had a “reverse site visit” with representatives of a local organization working on behalf of refugees.

Some 28 family members (ages 8-84) gathered together to meet with Ramla Sahid, Founder and Executive Director of the Partnership for the Advancement of New Americans (PANA), which promotes the fair treatment and equitable inclusion of refugee communities using organizing to achieve collective impact and policy change. Along with her, Ms. Sahid brought some guests: three families, all of whom had emigrated, more than seven thousand miles, from Syria to San Diego.

A simple internet search for “Syrian refugees” yields millions of results— a testament to how much press coverage and national attention the impact of Syria’s civil war has received in the United States. Lisa Parker, the president of LWFF, saw it as an opportunity for herself and her family to learn about the experiences of refugees when they come to the U.S. She suspected that this topic would be of particular interest to the junior board, which has developed an ongoing commitment to international grantmaking.

Lisa shares, “We were first addressed by a father who had arrived in the United States with his family merely five days earlier. He spoke to us for about an hour about their lives in Syria before and during the Civil War, the refugee camp where they stayed in Jordan, and about the process of resettlement.”

According to one junior board member, “This father was a very successful chef in Syria, which was interesting because we usually think of immigrants as having unskilled jobs. But he does have skills and had earned a nice middle class life for his family before they had to flee. Immigration rules in the USA are very restrictive, and that means he must find a job within 90 days. However, the odds are not good that he will find work in his field because no one can learn English in 90 days! The father gave up a lot, including this successful career, to come here to give his family a better shot.” Even so, when asked if he would do it all again, he responded with an optimistic “Yes.”

This conversation helped the junior board to challenge the common false perception of immigrants as having little to nothing to offer to the US economy. Another junior board member also reports that it helped to inspire empathy and compassion: “A lot of experiences they shared sounded like a movie – things we don’t come into contact with in our daily lives. They went through all of this horrible stuff and [through our conversation] we felt a little bit closer to that crisis too. If it could happen to them, it could happen to anyone.”

A message not lost in translation

After this powerful conversation, the families joined together for lunch. They tried to communicate as best they could with only two translators. That is, until one of the kids realized that they could use Google to translate between Arabic and English! One junior board member recalls, “I liked talking to them because we could talk about life and we found that we had a lot in common.”

One particularly meaningful topic of discussion was education. “There were two girls, 14 and 16 years old, who couldn’t wait to start school. Like most kids, ours dread the end of summer. But they learned that these girls hadn’t been able to go to school for three years, and yet were so excited despite knowing they would be well behind their peers and need to learn a new language too. It was a new perspective for our kids,” says Lisa.

After lunch, the kids spent time together playing games like soccer-golf and ping-pong, all the while taking in one important lesson: it could’ve been me. Lisa explains, “Our kids spent the rest of the weekend discussing the visit and putting themselves into the other’s shoes. They left Cuzapulooza with a more empathetic understanding of the refugee experience. They were profoundly moved.”

When it came time for the junior board to decide how to grant their $10,000 budget, the choice was obvious: they gave the entire sum to PANA to distribute among five families, including the three they met earlier that weekend.

The junior board shared the following thoughts about granting to the Syrian refugee families:

“It felt like our money would go really far with them and it was very personal. Because we were able to meet them, we found that they were so relatable, and we knew we wanted to support them. It was a small amount but makes a huge difference for these families.”

“We couldn’t believe they only had 90 days to find a job! There is so much tension in the US about refugees and how we can help them. It’s an issue that is often avoided and underfunded but it is real and it is urgent. That’s why it meant so much to us.” 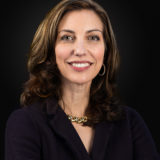