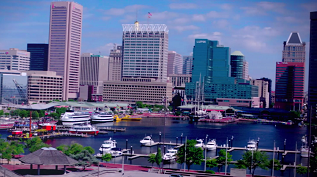 A couple years ago I realized the Knott Foundation was approaching “middle-age”: yes, soon we would be 40 years old!  The time was ripe to pause, reflect on our work, and find ways to commemorate our 40 years as a Catholic family foundation.

Enter the idea of creating a donor legacy video.

My board president and I first hatched the idea in the car on our way to a foundation event.  We had recently wrapped up a retreat where we revisited our mission, our donor intent, and the values that motivated our founders to give back.  A multitude of perspectives and stories came up during this process, and we knew there was an opportunity to marry these memories into a personal, engaging communication that we could share more broadly.

Our 40th anniversary felt like the perfect time for this project.  On the one hand, our founders had passed more than a decade earlier, and we wanted to capture the memories their children had of them while we still could.  On the other hand, we had a large pool of fourth generation family members who would soon be eligible to join our board, and who would likely benefit from learning more about their great-grandparents’ generosity through a multi-media approach.  Together these circumstances made a donor legacy video both a timely and meaningful project.

Who will watch the video?  What is the purpose of watching it?  How long (or short) should it be?

We had two audiences for our film, so we developed two separate work products.  First, we created a longer, documentary-style video (30 minutes) for Knott Foundation trustees and family.  Second, we created a shorter, promotional-style video (six minutes) for the general public.  The purpose of both videos was to share the mission and history of the Knott Foundation.  However, the long version was also meant to help recruit more family members to join our board, and to orient future trustees to the foundation.

Map the elements of the story you want to tell.

What do you want people to know about your foundation and family?

We organized our story into a past/present/future framework.  The first chapter was about who our founders were and why they established the foundation.  The second chapter covered how the Knott family is involved in the foundation’s work today, and how our grantees are strengthening the community.  The third and final chapter discussed why we think (and hope) future generations will join us in our mission.

Decide who to talk to and what they’ll add to the story.

With such a large family and grantee community, we had to think long and hard about the number of people to talk to for our project.  We selected a few key family members, trustees, grantees, and close friends of our founders.  We focused on grantees whose organizations and current leadership mirrored our founders’ values.  We also invited our video producer to a board meeting, so that the video footage could include more trustees than we were able to interview one-on-one.

Hire a production firm you can trust.

What type of professional experience and videography style are you looking for?  Check-out samples of the company’s work and ask for references.  How involved do you want to be in planning, production, and editing?

Our producer, Debbie Brodsky of DMB Pictures, was incredible and I trusted her every move.  She made time for phone conversations with our interviewees before sitting down with them, wrote all of the interview questions, conducted the interviews on site, adhered to an ambitious production schedule, accepted regular feedback on the project from me and my trustees, and ultimately produced a fantastic work product.  Given that I had absolutely no experience in video production, I credit a lot of the project’s success to Debbie!

Be realistic about the time and money it will take to plan and execute your project.

How much time do you have to plan and execute your project?  What is your budget?  Is there wiggle room in your timeline and budget if things don’t go exactly as planned?

While I knew that making a video would take a while, I never anticipated the amount of time it would take us just to plan to make the video.  That up-front planning, however, combined with a realistic budget, helped the project itself go smoothly.  All in all, we spent six months in the planning phase (on our own) and four months in the production phase (with our videographer).  Budget wise, a major cost driver proved to be the total number of filming days, but smaller items also added up – such as music and stock footage fees, scanning relevant newspaper articles and historical photos, and producing flash drives of the video for key stakeholders.

How will you use the video:  as an introduction to your foundation on your website; as an orientation piece for new trustees and advisors; as a time capsule in the annals of the foundation?

We coordinated our video release with our 40th anniversary year, sharing the long-version video at an event and the shorter version on our website and via our e-newsletter.  Throughout the year, we’re also sharing video stories about our grantees who were featured in the film in a blog series commemorating our anniversary.

Thank your participants… and your viewers!

A thank you letter to your participants goes a long way.  And if your video is meant to inspire action – such as recruiting new members to your board – thanking your audience is an important touch point as well! 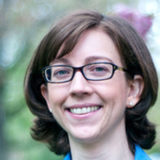