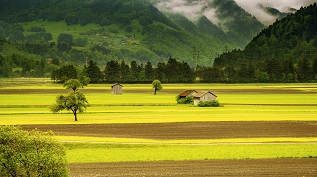 As a second generation family member, former entrepreneur, and the professional head of our family’s philanthropic umbrella, I oversee both our established portfolio of grants as well as our growing portfolio of impact investments. We have had enough success with our impact investments that I can identify three factors that have contributed to their positive performance:

Instead of aligning all of our foundation’s investments with our mission, we have carved out a small portion of the corpus of one of the foundations under the EJF Philanthropies umbrella.  By setting aside this portion, we have not had to put a large amount of money to work. Instead, we have been able to look for small investment opportunities that provide additionality in terms of social impact, whereby the social impact would not have happened had our impact investment not been made.

The impact investments we have made were limited to private credit and, specifically, to secured direct lending. For example, earlier this year we provided a short-term loan for working capital to a higher-welfare kosher meat distributor. The loan was made at 6%, and it was secured by frozen meat in the company’s storage locker worth more than 6x the face value of the loan (had they not repaid us, we would have gone into the kosher meat business). We benchmarked this investment against an unsecured credit fund in the foundation’s portfolio, which was earning 8%, and determined that the secured nature of the loan compensated for its lower return.

More Effective than a Grant

One of the goals of our family philanthropy, which is grounded in Jewish religious values, is to reduce the suffering of animals confined in the factory farming system. This involves the promotion of sustainable and regenerative agriculture and the increased consumption of plant-based proteins.  In addition to improving animal welfare, which is our explicit social impact goal, these alternatives to factory farming have major benefits for human health and the environment.

Most of our impact investing has focused on providing direct loans for the purpose of building supply chains for higher-welfare kosher meat, in which the animals do not spend any part of their lives in confined animal feeding operations (CAFOs). For example, one of our loans built a supply chain for grass-finished kosher domestic beef, which had not previously been available on the market in large quantities. The stark difference in welfare between those cattle that are grain-finished and those that are grass-finished satisfied our social impact goals. While almost all cattle start out on pasture, grain-finished cattle are rounded up and transported to feedlots, where they are crammed together and forced to stand in their manure. Unlike grain-finished cattle, grass-finished cattle are free to roam on grass for the duration of their lives.

As a family, we have been very satisfied with the results of our impact investing strategy. In addition to our impact investments meeting our internal financial and social return goals, we are pleased that our resources are having a multiplier effect and are helping to develop a new market for grass-finished kosher beef.  It is very exciting to be able to leverage capitalism as a tool for creating effective and sustainable social change.

This Content Collection features stories and resources on impact investing and related strategies, including replays of past NCFP webinars on this topic, past NCFP blog posts, and additional resources, guides, and samples from those in our network.