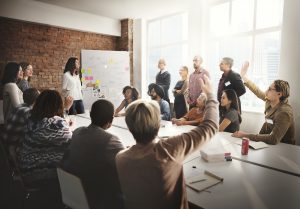 Editor’s Note: This article was originally published on the Putnam Consulting Group website.

The Putnam team recently authored two case studies for Casey Family Programs about their Communities of Hope initiative. In Hagerstown, Maryland and Gainesville, Florida, we explored collaborations among local agencies to improve conditions and opportunities for families and children. These projects were wide-reaching and complex – just like the myriad of issues they seek to address. But in both, we saw three common threads that we believe are making these successful efforts for the community and successful investments for Casey Family Programs. These aren’t aspects of success that you can measure with metrics or data, and they are things that many funders often either take for granted or completely overlook. Yet, when they are present, we believe they make a night-and-day difference in effectiveness:

1. Personal relationships matter.  In both Hagerstown and Gainesville, the success of large collaborations is due in large part to the fact that the leaders of the collaborating organizations actually like and respect one another and are willing to spend the time it takes in conversation to plan, work through issues, and continually learn from one another. They also trust each other – completely. That trust has allowed them to set aside individual agendas in service of a common goal. These kinds of relationships aren’t made with grant dollars. You can’t pay people to truly like and respect each other and work well together. For a funder, on-the-ground relationships should be treated as solid gold.

2. A community focus is great – but a neighborhood focus is even better.  Funders can’t define neighborhoods nearly as well as the people who live in them. People who define their own geographic boundaries see themselves as part of that geography – what we’re calling a “neighborhood” – whether it’s a square mile of city blocks or a 100-square-mile county. Funders often impose their own definition of geography in their grantmaking: they may focus on serving three counties when the people who live there think of themselves as members of 20 different neighborhoods. People who feel a shared residency are more likely to feel that sense of common purpose and trust that is so important to successful collaboration (see point 1 above).

3. Courage is needed to seize moments of transformation.  In the Hagerstown case study, the impetus for community collaboration came when one foster care organization, San Mar Children’s Home, realized that its old way of doing business (residential facilities) was no longer viable and that it had to completely transform itself into an organization that prevented the need for foster care in order to achieve its mission. That was a seismic shift for San Mar, and it took great courage for its leaders to take off in an entirely new and uncertain direction. To its credit, Casey Family Programs recognized that courage and vision and capitalized on it by co-investing in the collaboration that San Mar now leads. Too often, funders are wary of big, swift transformations and take a wait-and-see approach to mitigate their risks. But who better than philanthropy to underwrite courage and change?

Frontline, grassroots organizations live these three realities every day – some without even consciously thinking about it. That’s where the great ideas come from, and where lasting improvements flourish. It’s what funders should be looking for at every turn. 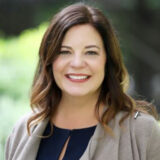