A ‘Balancing Test’ for Foundation Spending

A ‘Balancing Test’ for Foundation Spending 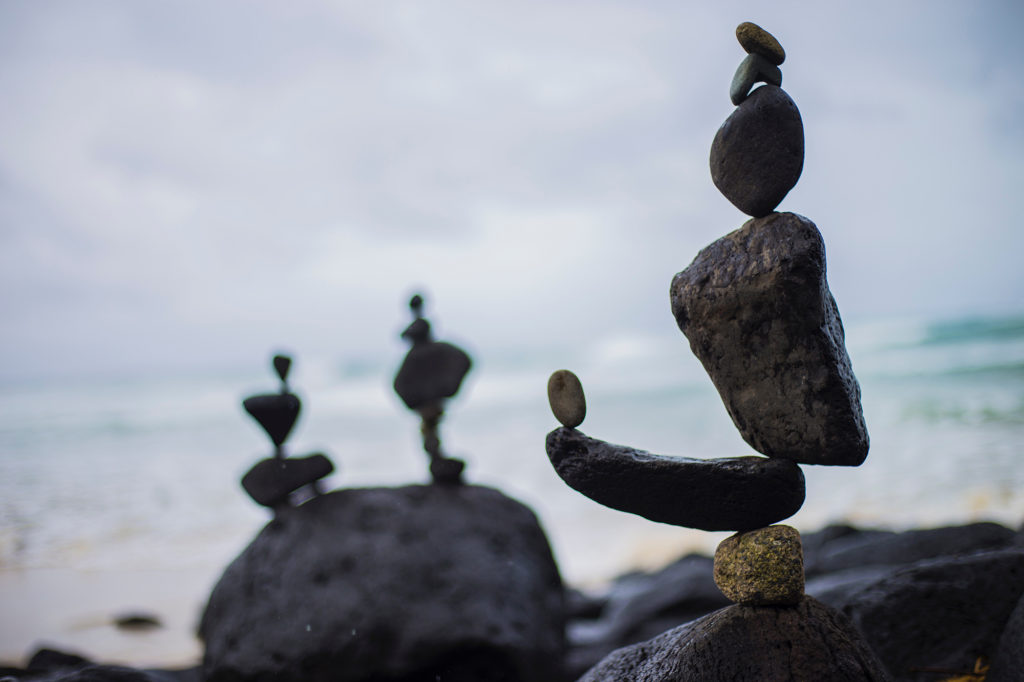 Editor’s Note: This article, by Dimple Abichandani, executive director of General Service Foundation, was originally published by Stanford Social Innovation Review on February 10, 2020 with the headline: “A ‘Balancing Test’ for Foundation Spending.”

However, traditional spending policies often rely on a limited set of data and outdated assumptions, and taking them for granted can deprive foundation trustees and decision-makers of the vital opportunity to engage a range of relevant factors when making that crucial decision. The foundation I lead, for example, had long employed this kind of traditional spending policy. Like most foundations, the General Service Foundation would determine how much of the endowment to spend each year by looking at three factors: investment returns (as expressed by the value of the endowment), the charitable distribution requirements (the IRS’s 5 percent minimum), and perpetuity (ensuring that the amount to be spent will allow the organization to meet its perpetuity goals). After assessing the three-year rolling average value of our endowment—to smooth market volatility—we would allocate to our grantmaking a pre-set percentage of the three-year rolling average value of the endowment (in our case, 3.75 percent). After adding in administrative expenses to ensure our overall spending met the IRS minimum, we would consult a perpetuity chart. These steps usually produced a spending rate between 5.2 percent and 5.5 percent.

After the 2016 election, however, our foundation felt the need to respond to the unique demands of the moment. The limitations of this approach became clear: Our spending policy could neither take external factors into account nor could it adapt to what was at stake for our mission and values at any one particular time. Shouldn’t all of these factors be part of one of the most important decisions we make each year?

The Limitations of Traditional Spending Policies

While the traditional model presumes that spending 5 percent of the endowment annually is the way to continue into perpetuity, a 2017 study of 17 big foundations in the Chronicle of Philanthropy found that all the foundations that spent at close to a 5 percent rate between 2010-2014 experienced a growth in assets during this time. Put simply, foundations that are growing at least as much as they are spending, are positioned to continue in perpetuity. Spending at 5 percent has resulted in asset growth and accumulation. These foundations are doing more than just continuing in perpetuity; they are increasing the assets they have over time.

Given the limitations of traditional spending policies it is fair to ask if foundations are choosing to grow their assets to meet a strategic goal or if the growth is a byproduct of oversimplified spending decisions. Moreover, while the traditional model centers perpetuity as the institution’s most important goal, why privilege that goal itself over its mission-specific goals? One can imagine scenarios in which a mission goal and a perpetuity goal would be in conflict.

Because spending policies strive for consistency and privilege perpetuity over other institutional goals, foundation spending (as a percentage of total assets) tends to remain fairly consistent year-over-year. Private foundation spending rates between 2009-2018 ranged from 5.4 to 5.8 percent of assets, with the largest annual shift being only .04 percent. This consistency is surprising, since philanthropy is a mission-oriented field and needs and opportunities fluctuate over time. Wouldn’t a foundation with a mission to address global climate change find itself working with more urgency in 2018 than in 2009, as the window of opportunity to avoid irreparable climate disaster grows smaller with each passing year? For our own foundation, we felt an urgent need to spend more in the period following 2016, as we saw unprecedented attacks on communities and issues that we had long supported, like immigrant rights and reproductive justice.

Rather than taking such considerations into account, the traditional approach to spending policies is largely mathematical. Foundations are often guided by investment advisors and financial managers in their spending decisions, so it makes sense that they offer mathematical formulas for spending policy development. But plugging in numbers to arrive at a spending policy sidesteps a key opportunity for engaged board governance and grappling with the strategic questions that should inform a spending decision. By addressing the needs and opportunities of the current moment in a foundation’s budgeting process, boards confine themselves to allocating the amount of money already determined by their spending policy. So how can we who lead and staff mission-oriented foundations ensure that we consider our missions and other related factors in determining our spending?

In reimagining our approach to foundation spending policies, I drew inspiration from the “balancing tests” that courts often employ when ruling on complex issues. In legal proceedings, a balancing test helps the court arrive at a decision by considering and weighing multiple factors: Instead of a “bright line” rule which leaves no room for interpretation, cases where multiple interests must be taken into consideration require a more flexible approach.

Applying such an approach to foundation spending allows us to consider critical non-monetary factors like the foundation’s mission, current needs, and opportunities in the fields we fund. Starting with a traditional spending policy—considering investment returns as expressed in the three-year rolling average, operating expenses, and perpetuity—we add in four additional factors: growth goals, meeting the moment, organizational values/mission, and grants and programs. Rather than plugging factors into a formula or simply checking off boxes, we consider and weigh each factor.

2. Growth goals | While foundations sometimes approach growth as a habit, it is important for a mission-oriented organization to have a clearly articulated growth goal. Some foundations seek long-term growth for a bigger impact or to get to a size that can support a larger staff or expand a particular program; others—who are perhaps already quite large—may decide that sustained spending power is the best way to meet their mission, and choose a 0 percent growth goal. What is our institution’s growth goal? What can we do once we’ve met it? 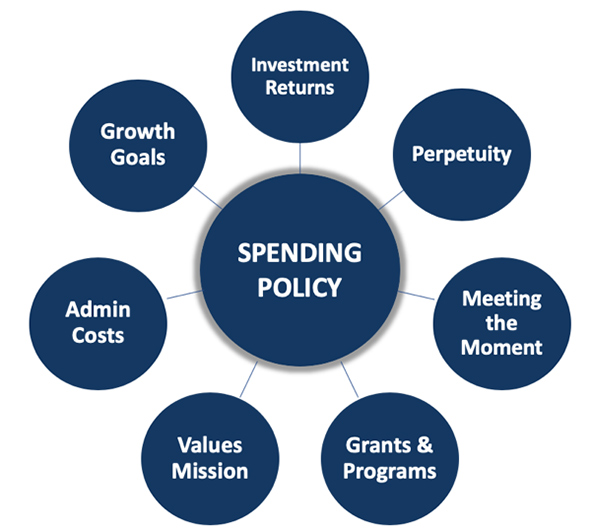 4. Meeting the moment | What is this moment for which our spending policy is designed? Is it a moment of tremendous need and opportunity? What is at stake? This factor requires the organization to consider realities external to the foundation.

6. Grants and programs | In the coming year, what grant and program opportunities exist? Is there a “big bet” the foundation wants to take?

These questions allow a more nuanced and dynamic approach to the complexities of the spending decision than a “right” or “wrong” answer. Instead of treating perpetuity as a yes-or-no proposition, decision-makers must discuss what they mean by “perpetuity” and weigh those perpetuity goals against other factors; instead of “plugging in” the value of the endowment to assess the impact of investments, decision-makers must consider the investment policy alongside opportunities to achieve impact through those investments.

The reimagined approach is more than a shift in policy, however; there is transformational potential in the process it imagines. The lack of a “right” or “wrong” answer to the spending question can be uncomfortable, as may be the prospect of conflict or a difference of opinion in how to balance the different factors. The reality is that factors will sometimes be in competition with each other. For example, an aggressive growth goal may be in conflict with an effort to meet the moment. When these conflicts occur, boards have a chance to step into their governance role and to work through these critical strategic questions.

At our foundation, we assigned pairs of board members to each consider one factor of the policy. We then brought the entire board back together for each pair to present their thoughts on a specific factor and had a full board discussion in which we weighed all the factors together. The result was a spending policy that reflected the board’s thoughtful consideration and weighing of multiple relevant factors. This process allows for a level of governance that is rare in a traditional spending/budget discussion, with the board engaging with all aspects of the organization in a deep, strategic way.

At GSF, our new spending policy resulted in a few changes. The board increased our grants allocation from 3.75 percent to 5 percent spending to grants—in light of increased needs in the fields we fund—and after looking at our perpetuity chart more closely, the board approved funding at the highest rate that would still allow the organization to continue in perpetuity. Finally, we are now embarking on a more nuanced conversation, led and initiated by the board, about what perpetuity means to each board member at this time.

By bringing outside realities into our internal decision-making, the new approach ensures that the most important decision our board makes is a sound and well-considered one. It also represents a philosophical shift: putting spending decisions within the context of mission, rather than putting our ability to achieve our mission in the context of spending decisions. We believe this is among the necessary shifts that foundations must consider in these historic times.

This article, by Dimple Abichandani, executive director of General Service Foundation, was originally published by Stanford Social Innovation Review on February 10, 2020 with the headline: “A ‘Balancing Test’ for Foundation Spending.” 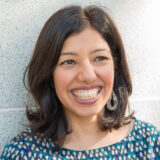