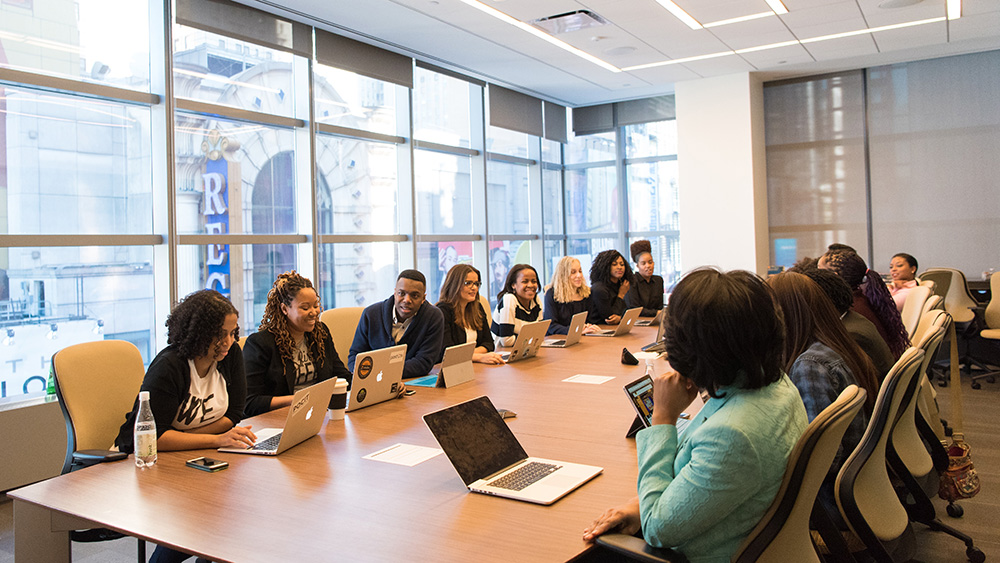 This article was originally published by the Trust-Based Philanthropy Project and is re-posted here with permission. Join us on October 6 for a webinar to learn more about trust-based family philanthropy.

The Weissberg Foundation in Arlington, Virginia is a justice-oriented family foundation that has always leaned on its values to drive its grantmaking. In 2016, Hanh Le took the helm as the organization’s executive director, which set the organization on a learning journey to be more intentionally power-aware and trust-based. We sat down with Hanh to hear more about the changes they made and the path ahead.

How have your past experiences as a nonprofit leader shaped the way you see your work at the Weissberg Foundation?

My career has almost entirely been in the nonprofit sector. After becoming the Executive Director of the Weissberg Foundation, I realized that it’s easy the longer you’re in philanthropy to forget what the reality is like for nonprofits. At the foundation, we have an endowment. When we need cash, we put in a cash call. There’s a lot to take for granted. What helps keep me grounded is my past experiences on the grantseeker side and my current service on nonprofit boards, volunteering with organizations who are struggling to raise money and build relationships with funders. It’s so important for foundation leaders to not just be working in philanthropy but also to find ways to be personally accountable to the nonprofit sector and remember the realities our grantees and communities are experiencing.

When you stepped in as Executive Director, you made a number of shifts at Weissberg, including shifting more extensively to multi-year unrestricted grants and streamlining paperwork. What prompted these changes?

When I joined the Weissberg Foundation in 2016, it was during a tense political moment our whole country was experiencing—in many ways, we’re still in it. What attracted me to Weissberg was their unabashed commitment to social justice, their desire to become more intentional about their giving, and the value that they placed on being a learning organization.

Critically, the desire to do things differently came from all levels—including the board. We worked with the board to really clarify values, and then developed shared language around these values. The foundation’s work looks very different just four years later. The “lever” for that change was the trust and relationships we’ve built.

Why was it important for you to commit the foundation to more intentional multi-year unrestricted funding?

Multi-year unrestricted funding is a critical way that trust shows up. As a funder, when we give general operating support, we’re saying—we trust you, we trust your leadership to do the best you possibly can toward your vision. And in exchange, we want you to be honest in how this is going, what you’re learning, what needs to happen for things to be improved or different. When those conversations are about honesty—both for grantees and trustees—the results are going to look really different. Creating the space and setting the tone for that is really only possible with multi-year funding.

How does Weissberg support grantee partners “beyond the check”?

Though funding is one of the foundation’s four core strategies, we invest just as much effort into our ABC strategies—amplification, building capacity, and collaboration. That said, foundations often want to help in building the capacity of their grantees, and inadvertently add work or create less-than-useful opportunities that grantees may then be obligated to take part in. We want to help grantee partners build their capacity and collaborate with one another, but we’re careful about not prescribing what that needs to look like. We want grantees to have the funding and space for them to do what’s useful. It doesn’t have to be burdensome if we listen to grantee needs rather than impose our own assumptions.

How have you worked to build trust with your board?

Trust isn’t something that just appeared. We had to take intentional steps to get there. It took a lot of difficult, sometimes intense conversations to make sure we were walking the walk—both internally as an organization and externally with grantee partners. We’ve taken steps that the board wasn’t always totally comfortable with, but they fully trust us as a staff, trust what the community is saying and can get behind us, even in moments when they are still grappling with an approach or strategy.

(It’s worth noting that we’re a small staff and board. It’s not impossible to replicate this at larger foundations, but our small size helps us move quickly. It cuts out a lot of bureaucracy.)

How do you strive to proactively address power dynamics between your board, staff, grantee partners, and communities?

I think the way our board sees itself—as funders supporting community-driven social change organizations—has really changed. There’s a lot of intentionality that wasn’t necessarily there before.

In 2018 we started using NCRP’s Power Moves as a tool to help us assess and rethink how we were building, sharing, and wielding power internally and externally. We devoted three successive board meetings to each dimension of power. Outcomes of this self-assessment and learning process included a greater shared understanding among the foundation board and staff of where we were, where we wanted to be, and how we could move toward engaging power more effectively for equity. It resulted in changes in governance and operations, such as board composition, investment policies, hiring and managing staff; and in grantmaking practice and programs, such as prioritizing funding for people of color-led organizations, increasing participatory grantmaking practices, and ramping up our beyond-the-grant strategies.

What advice do you have for other EDs who want to build trust with their boards?

One really comforting thing for any EDs who feels they aren’t getting initial traction with their boards is that there’s a whole community of practice out there, including the Trust-Based Philanthropy Project. You don’t have to create things from scratch, and you don’t have to go it alone. Getting your trustees to start seeing and engaging with this ecosystem that communities, grantees, and foundations are building is really powerful.

As for who the messenger to your board will be—it’s really going to depend on who your board will listen to. If you feel you’ve communicated clearly about something and there still isn’t much traction, can you bring in someone else? Perhaps peers, other trustees, other funders who have been down this path, or nonprofit leaders? The important thing is to engage your board in a way that is grounded in your core values.

And because we know we can’t change systems on our own, the question is what does it start to look like when we come together to engage the philanthropic sector in becoming more equitable?

How has Weissberg Foundation leveraged its trust-based approach to support grantees amid the global pandemic?

We’re seeing that operating from a basis of trust has enabled our staff and board to act quickly and swiftly in support of our grantee partners and communities. We’re approaching the crisis as a multi-phase effort, with some immediate actions, including releasing committed grants earlier than planned and scaling back any reporting previously requested. Our second phase response has included administering unrestricted $10-20k grants to current multi-year grantees and contributing to pooled funds for rapid response efforts. Through all this, we are staying in close communication with grantee partners—via email, virtual meet-ups, and one-on-one calls—to identify how we and the broader philanthropic community can best support their capacity needs. This guidance from grantee partners is helping to prepare us and them for future work that will build resilience and lead to the transformation we are seeking.

What’s next for the Weissberg Foundation?

We’re continuing to engage deeply with our trustees, and our hope is that our board becomes more representative of grantee partners and the communities we’re working in. We’re having a lot of internal conversations about what it means to be an antiracist organization. That’s not work that you ever really complete, but we’re seeing what that really means for us as individuals and organizationally as those practices and ways of being become more deeply understood and internalized. Even as a woman of color, I have so much to learn about race, racism, internalized racism, but we continue to be honest and transparent and share our experiences so that we do better.

In addition to that internal work, we’re looking at how we’re positioned to support the change that’s needed for racial equity, especially as we see those inequities magnified in the way Black people, indigenous communities, and people of color are being most negatively impacted during the COVID crisis. What are the relationships we already have, and who else is out there that we can partner with to make that change? There’s so much we’re still learning about work that’s happening, and we’re walking this path with transparency and humility as we continue to understand the landscape. 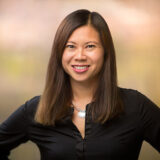 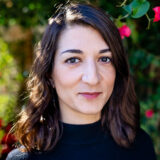