The Evolution of Family Philanthropy: The David Rockefeller Fund

The Evolution of Family Philanthropy: The David Rockefeller Fund 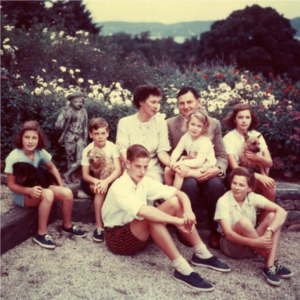 The name Rockefeller often conjures up images of wealth and influence. The founders of Standard Oil and magnates of the banking industry, the family is known worldwide for generations of success in business and politics. However, since 1855 when John D. Rockefeller, Sr. gave his first philanthropic gift, the family has harnessed its name for a far greater legacy—social impact.

In the early 1900s, in what is now known as The Difficult Art of Giving, Rockefeller wrote, “We must always remember that there is not enough money for the work of human uplift and that there never can be. How vitally important it is, therefore, that the expenditure should go as far as possible and be used with the greatest intelligence!” Rockefeller recognized that effective philanthropy goes beyond merely giving away capital and requires a thoughtful and intentional strategy—an understanding that continues to guide his descendants.

Among the many Rockefeller giving vehicles is the David Rockefeller Fund, started by the grandson of John D. Rockefeller, Sr., and his wife Peggy. Thirty years since its founding, the robust history of the DR Fund, outlined in Leading with Love and Gratitude: The David Rockefeller Fund at 30 (currently available only to Friends of the Family), exemplifies the way philanthropy can hone its practices, be nimble, and respond to the changing needs of its communities—all while joining the family in a collective effort.

In many ways, the journey of the Rockefellers mimics the evolution of modern philanthropy and illuminates what’s possible for families everywhere.

Adjusting to a Changing World

Philanthropy is an ever-evolving effort—as the world and family shifts, so too must a family’s philanthropy. This nimbleness and ability to adapt is a hallmark of the Rockefeller family. As Marnie Pillsbury, former Executive Director of the DR Fund shares of David Rockefeller’s philanthropy, “He always had an open mind to new ideas and novel approaches—adjusting to a changing world.” While change is not always easy, successful evolution stems from a commitment to shared values. As described by Bethany Wall in Leading with Love and Gratitude:

“People and families evolve over time, with inevitable growth, change and struggle. New paths are forged, others redirected; old paths are revisited and broadened. Long-standing traditions are honored, and new traditions established. The story of the DR Fund is much the same—one of evolution. Born of the practical and the possible, this family foundation—like the family itself—has evolved into a community of stewards and new donors that looks distinctly different from its earliest expression, yet is unmistakably tied to the values lived and practiced by founders David and Peggy: gratitude, connection, love and collaboration.”

The DR Fund’s history reflects the fact that change is inevitable and necessary, but must be rooted in the values and legacy of the family. The family’s recognition of this positions them for long-term success, encouraging them to remain flexible and responsive to grantee communities as well as to the family’s collective consciousness.

Defining values is a critical north star for any philanthropic family. Values should continually be turned to for guidance and challenged with changes in the world. In 2010, the fifth generation was brought on to the DR Fund’s board. With the next-gen came a distinct set of guiding principles, borne out of the Rockefeller family’s rich history and articulated with a direction that reflects the future. Values were consistently reflected upon and again revisited in 2015. Current Executive Director Lukas Haynes notes that these values grew and evolved out of a deep respect for the past: “I thought it might be useful [at a family board retreat] to try and root a new vision and mission statement in a conversation with historical perspective. Rather than start a conversation about values from scratch, it was very constructive to have three generations of the family hear about, and discuss, the historical continuities. I think it also gave the fifth-generation trustees more confidence in naming those values which felt most resonant for their generation and the world’s present challenges.”

Two core strengths and guiding principles of the DR Fund are specific to its being a family effort. First the family leans on the legacy of its founders and their goals. Second, board and staff are able to react quickly and innovatively thanks to the organization’s structure. David Rockefeller also embodied these values, granting leeway to his children and grandchildren as they navigated the sector and adopting fresh ideas. As former independent board member Stephen Heintz says, “As he got older, David began to see that, while his children and grandchildren were the physical embodiment of his genes and his wife’s genes, the work of the Fund would be the philanthropic embodiment.” The Fund’s ability to react not only to changing times, but to changing family involvement while maintaining a respect for its legacy and founders epitomizes a true family philanthropy.

Throughout its 30-year history, the DR Fund has intentionally reflected on its past and used its weighty name to call attention to issues that have arisen out of self-examination. Rockefeller is arguably the single most recognizable American name, one that is both criticized and lauded. According to Rockefeller Philanthropy Advisors’ timeline of the family, the self-reflection and self-awareness of the family and its wealth was clear even from the beginning of the Rockefeller Foundation:

“The Rockefeller Foundation was not met with tremendous popular acclaim at the time. In fact, it was met with the opposite— tremendous suspicion. What are the Rockefellers up to now? This led JDR and Junior to understand that they had to operate the foundation in such a way that it would gain not only the grudging acceptance but also the trust of the American people.”

The Rockefeller name comes with a deep responsibility and the Fund is not shy about criticizing the origins of its own wealth and the actions of the family. On the other hand, the Fund is quite aware that its name and networks can be leveraged to draw support for particular issues.  In the early days, grantees were encouraged to use the Rockefeller name and imprimatur to leverage other support. By 2005, however, the family was actively using its name to criticize its own history and change the trajectory of issues its family helped to create. Thirty-seven family members called for reform to New York laws—laws enacted by their own family member, Nelson Rockefeller. The New York Times covered the story in an aptly named article, “Fix the Rockefeller Drug Laws, Rockefellers Say.”

The family’s reckoning with its wealth source continues. Most notably, in 2016, when former board chair, David Kaiser, a grandson of David Rockefeller, took on Exxon Mobil with the help of the Rockefeller Family Fund and then the DR Fund followed in the footsteps of the Rockefeller Brothers Fund to divest from fossil fuels. Kaiser, who died in July 2020, called out the company for its misleading climate research, criticizing the source of the family’s wealth and used the family name and network to do so. Kaiser was also a stalwart champion for transforming the US criminal justice system and chaired Just Detention International, committed to ending sexual abuse in all forms of detention.

Despite being led by a family often considered to epitomize traditional family philanthropy, the DR Fund is quite untraditional with its grantmaking. In the early years of the Fund, the grants were largely place-based. Currently, the Fund leverages its name to call attention to and fund traditionally underfunded issues.

As the philanthropy grew and new voices were brought to the table, taking risks became a core value that underpinned the practices and issue areas of the Fund. After bringing on the fifth generation and allowing them to contribute to the grantmaking focus areas of the Fund, criminal justice became a priority—a very progressive issue area at the time. The Fund took its support of criminal justice a step further by creating a foundation fellowship for returning citizens who were formerly incarcerated and then seeding the Canary Impact Fund (CIF). CIF is “a grantmaking body entirely comprised of and directed by those with personal knowledge of the criminal justice system” and provides an innovative model of participatory grantmaking for other grantmakers. The formation of CIF showcases “a move away from top-down models of philanthropy and toward the kinds of partnerships that build power among disenfranchised communities rather than, however compassionately, acting for them.”

The participatory grantmaking model of CIF was and remains a truly progressive approach. However, both principles were clearly modeled by David Rockefeller himself, who always respected his grandchildren and their bold ideas, “He listened to the conversations, offered perspective— always gently—and watched his grandchildren mature into strategic philanthropic thinkers,” Wall writes in Leading with Love. In many ways, David modeled the approach his descendants now hold, taking risks out of respect for those you seek to serve.

What Can Families Learn?

Despite the renown of the Rockefeller name, the DR Fund is relatively modest in size for a family foundation, with $68 million in assets as of January 2020 and a board commitment to drive impact with all of its endowment and other assets. The Fund’s board and staff have consistently followed a path that embraces the modernity of philanthropy—taking risks, listening to the field, and supporting issues and advocacy efforts that are often underfunded. In addition to this success, the Fund provides a vehicle for ongoing connection within the family. When the fourth generation felt like participation was its duty, the fifth generation instilled new life and vigor to the Fund’s work by connecting cousins and allowing David to learn about his grandchildren’s passions. Every family—even the Rockefellers—must find ways to shape a philanthropic effort that reflects the family’s values, builds a family connection, and challenges the status quo. If they can do it, so can you!

Learn more about the Fund’s journey through in Leading with Love and Gratitude: The David Rockefeller Fund at 30 (currently available only to NCFP Friends of the Family).

Watch an oral history of the David Rockefeller Fund in a brief video featuring trustee interviews (currently available only to NCFP Friends of the Family). 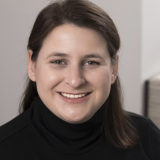