A Lost Opportunity: Discussing Donor Intent Before it’s Too Late

A Lost Opportunity: Discussing Donor Intent Before it’s Too Late

Developing a donor legacy statement can be a difficult and emotional process, especially when the donor knows that his wishes may conflict with those of his heirs. This case study from 'Living the Legacy' explores the competing forces of a donor's personal funding interests and the role that next generation family members are expected to play. 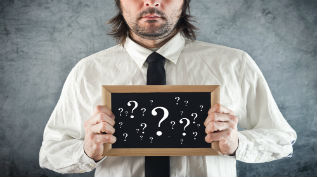 Stan Alexander, founder of the $75-million Alexander Foundation, inherited a large part of his wealth from his father, Joseph, a businessman and politician with a life-long interest in primary education. Stan established the foundation to honor his father, who had expressed interest in creating a foundation before he died, but also to address his personal goals of educating children, particularly in developing countries. Because of Stan’s deep connection to the work of the foundation, he developed an expertise in many of the issues the foundation funded. He engaged a small staff with specialized expertise in this area of interest, and added several non-family members to the board who were experts in the foundation’s grantmaking areas. Over the years, Stan also put a great deal of his own money into the foundation, and provided for a significant share of his estate to go to the foundation when he died.

Late in his life, Stan decided that a statement of legacy was needed for several important reasons. He wanted to express his personal hopes for the future of the foundation and was a firm believer that “nothing carries more weight in guiding a foundation into the future” than a donor legacy statement. And, although his father had not specified any particular goals for the foundation, Stan felt that,“In my mind, there is no question that my father would have enthusiastically embraced the current work of the foundation. It reflects his own vision with regard to children’s education and support for developing nations.”

Equally importantly, he wanted to explain to his children and grandchildren that serving on the board of the foundation was an earned right rather than a family privilege. He sought to encourage his heirs to develop an expertise and express their dedication to the mission of the foundation. “I am keen to see family members involved in the work of the foundation, but I insist that their involvement be serious and informed—perhaps even more than they are prepared or capable of giving,” he wrote.

“He no longer intended it to be first and foremost a family foundation,” says Judy Turner, executive director of the foundation and Stan’s long-time advisor. “He didn’t see the primary focus of the foundation as keeping the family together, but rather as a way of making a difference in the lives of children and protecting the environment in less developed areas of the world.”

With these goals in mind, Stan began a lengthy process of drafting and re-drafting the legacy statement. Stan was conflicted about how best to explain his position, and was concerned that it might irrevocably damage his relationship with his children. He found himself having great difficulty writing the document. However, Stan had no interest in engaging an outside writer to provide assistance, and was not interested in the other ideas that Judy suggested, such as a video or audiotape. After nearly two years—and over 50 drafts—Stan and Judy finally developed a final draft and began working with a facilitator to determine how best to present the statement to the family and the board.

A couple of months before meeting with the board, Stan suffered a heart attack and passed away. Prior to his death, he instructed Judy that in such circumstances she was to distribute the current draft of the statement to the family to give them an idea of his hopes for the foundation, and of their role in its governance. When she did so, several family members were surprised and even angry. “Dad would never have written this if he had talked with us first,” said one daughter. “He did not mean for this to apply to our generation—only those in the future,” said a son. Several also noted that they did not feel it was Stan’s place to write a legacy statement—since much of the original endowment for the foundation had been provided by Joseph Alexander. Who is the real “donor” here, they asked.

Judy notes that Stan never had a true discussion with the family about his—or their—goals for the foundation. Because the board never discussed the issue while Stan was alive, she is concerned that his wishes as expressed in his legacy statement may not be followed closely in the future. “We at least have a document which states what he wants done,” she notes. “Some of that will likely be honored in the future, but I expect that the individual family members will go their own way as well.”