How do we ensure that the family will not lose “control” of the foundation over time?

How do we ensure that the family will not lose “control” of the foundation over time? 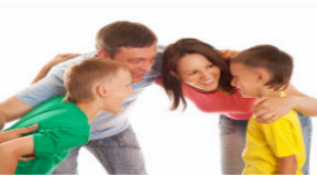 There are a variety of strategies that family foundations around the country have used to retain control while engaging non-family board members in their work. These strategies may be used alone or in combination, and may include the following:

A technique used by many family foundations, term limits can be a useful tool for:

Strategy 2: Vote on a resolution requiring that family members shall always constitute a majority of the board of directors.

In May 2005, the board of the Conrad N. Hilton Foundation met to review the future of the foundation’s governance structure in preparation for the retirement of long-time Board Chairman and CEO Donald H. Hubbs, and the expected retirement of several other foundation directors over the next few years. For more than a half-century preceding this meeting, Hilton family members had constituted a minority on the board.

In preparation for the meeting, Steven M. Hilton, grandson of the founder and incoming CEO of the foundation, prepared a memo to the board on engaging the next generation of Hilton family members:

“I sincerely believe there is something special about keeping the Hilton family engaged with this Foundation. To ensure that Conrad Hilton’s wishes continue to be reflected in the Foundation’s grantmaking and that his charitable legacy continues to inspire other members of the Hilton family, I believe we should think about how best to engage the family and help educate them in the ways of thoughtful philanthropy.”

At the meeting the Board amended the foundation’s Articles of Incorporation to ensure that direct descendants of the Founder would constitute a majority of the Board going forward. The Hilton Board currently includes two second-generation and four third-generation, along with five non-family members.

Strategy 3: Specify the number of board seats to be filled by family and non-family members and/or explicitly state the desire for continued family participation in the foundation.

The Nord Family Foundation describes its decision to specify the number of board seats to be filled by family and non-family members as follows:

Members of the Nord Family Foundation board consist of the adult descendants of Walter and Virginia Nord as well as their spouses and adopted children. Now numbering more than 45 persons, they meet annually to participate in the development of the Foundation’s policies and grant making strategies, and to elect the Board of Trustees. Nine of the Trustees are chosen from the Membership; three additional Trustees are drawn from the community at large.

The Lumpkin Family Foundation, now led by the 4th generation of the Lumpkin Foundation’s donors, has documented both the importance of ongoing family participation in the foundation’s identity, as well as its decision to involve nonfamily trustees:

Family members currently fill six of nine seats on the Board of Trustees and serve on all grant-making and management committees. The Committee on Trusteeship was created to support the growth and participation of members in relation to The Foundation’s need for leadership. At age 10, children begin their involvement with the Next (Sixth) Generation Committee. The Committee makes small grants to organizations whose mission and work the children think are compelling. Children become Foundation members at age 16.

While family participation is essential to our identity, our members value the involvement of others whose expertise and knowledge support the achievement of The Foundation’s goals. Independent (non-family) members currently participate on our grant-making committees where most grant decisions are made. We also involve community leaders in ad hoc advisory committees and regularly consult community members when we are developing new programs or evaluating existing ones.

Strategy 4: Create a membership structure whereby only family members are given the responsibility to elect or remove board members.

The Packard Foundation’s website describes the respective roles of Members and Trustees as follows:

Members of the foundation have the following specified powers:
The Packard Foundation is governed by a board of directors referred to as the “Board of Trustees.” The Board consists of three classes of Trustees: Family Trustees, General Trustees, and an Ex Officio Trustee.

What techniques and strategies have you used to integrate new voices into the work of your family’s foundation while maintaining active and engaged family participation in the governance and management of the foundation? Please share your ideas in the comments section below!

Editor’s Note:  The information in this article should not be taken as qualified legal advice. Please consult your legal advisor for questions about specific legal issues discussed here. The information presented is subject to change, and is not a substitute for expert legal, tax, or other professional advice. This information may not be relied upon for the purposes of avoiding penalties that may be imposed under the Internal Revenue Service.

Board Composition, Diversity, and Recruitment

This Content Collection provides resources, perspectives, and sample polices for families and boards thinking about board composition and recruitment, both within and outside the family. Included are resources on the advantages, challenges, questions, and opportunities of engaging non-family trustees on a family foundation board and of promoting diversity and inclusion in the field of family philanthropy at large. 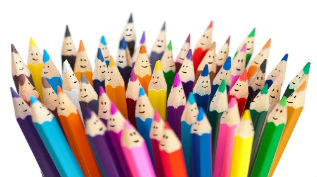