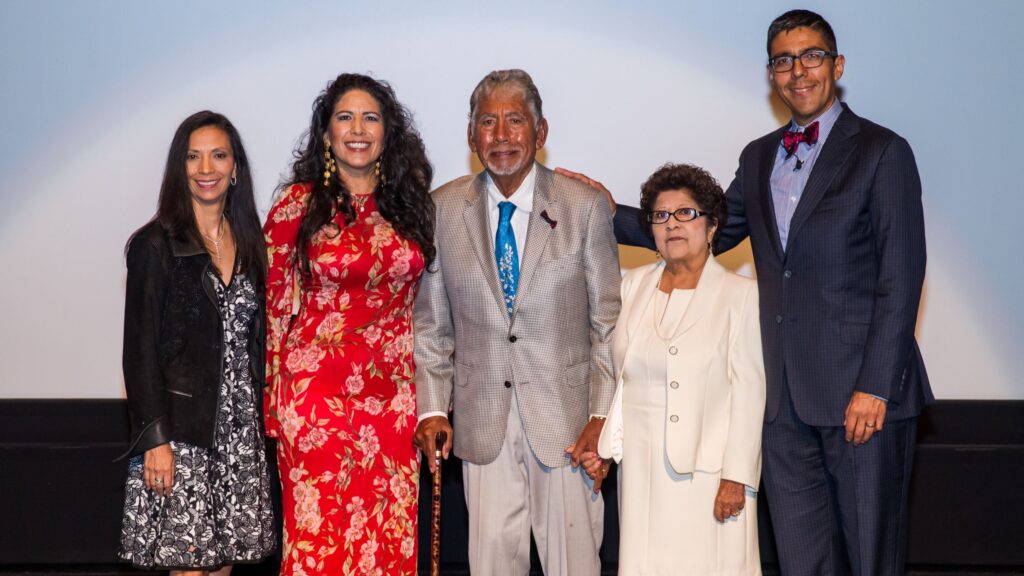 This excerpt from NCFP’s Trends 2020 study shares data and analysis regarding various US family foundation giving trends, including generation dynamics, strategies for engaging the next-gen, factors impacting family participation, and much more.

Engaging The Next Generation

The vast majority of family foundations have either specifically decided that they will exist in perpetuity, or seek to do so. With that decision comes the need—and responsibility—to engage the next generation
of family members. As expected, the numbers show that most foundations are indeed actively engaging their younger family members in some way: Most (70%) provide next generation family members
opportunities to formally participate in the foundation via a next-gen board, invitation to participate in board discussions, decisions, or other governance structure.

This is a slight but notable increase compared to 2015, when 56% of family foundations reported that they were currently engaging the next generation in the governance of the foundation. This also reflects
findings from 2015 regarding future plans of foundations at that time: 43% of respondents in 2015 anticipated adding younger generation family members to the board. 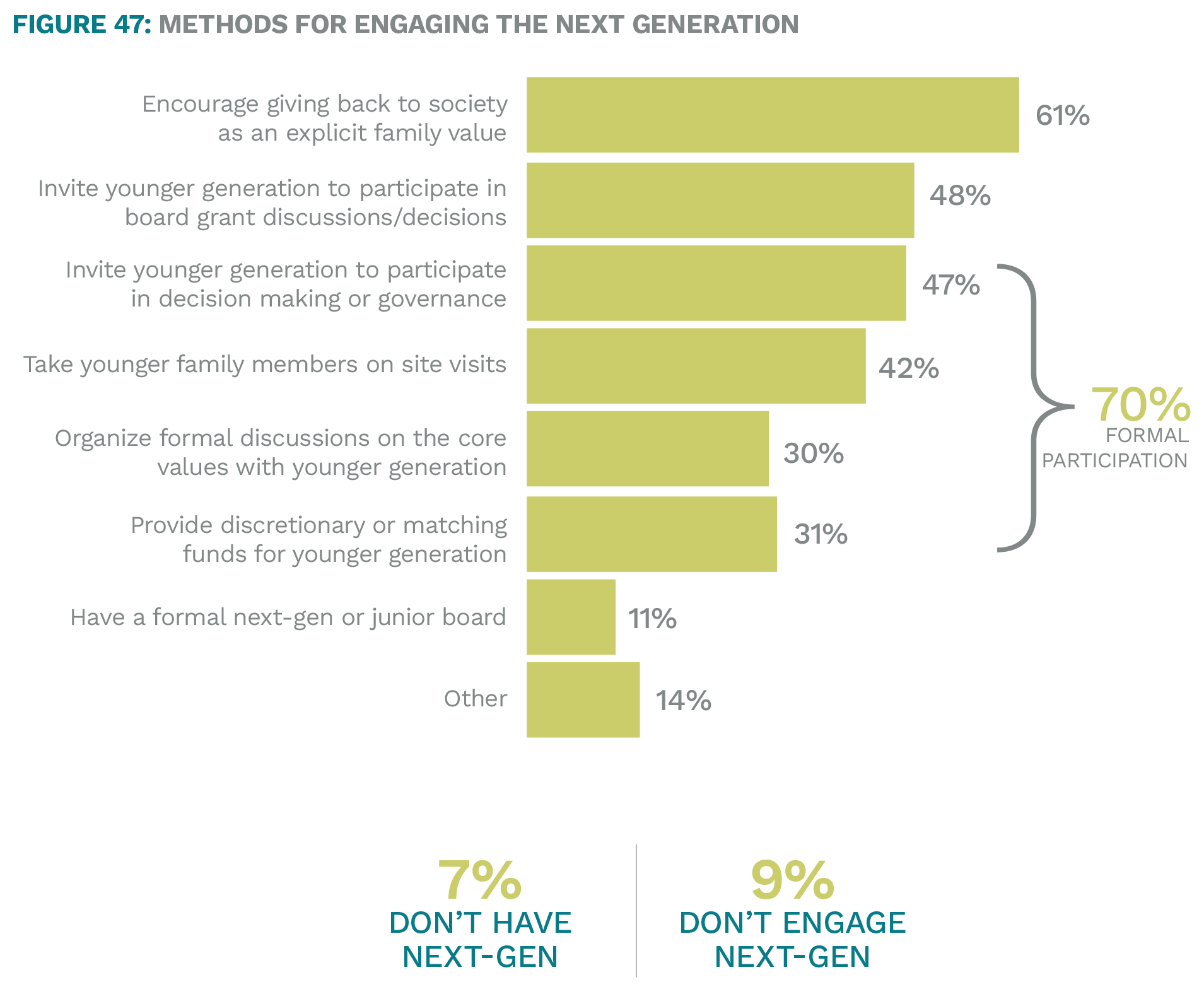 Engaging The Next Generation: Additional Indicators

Respondents to Trends 2020 provided feedback regarding various strategies and priorities related to engaging the next generation. Among these are the creation of board job descriptions and criteria, the
presence of a next generation/junior board, eligibility to serve on the board, and future plans for bringing younger family members on the board.

While new family foundations are significantly more likely to have at least one Millennial or Gen Z board member, none of them have yet created a next generation/junior board. 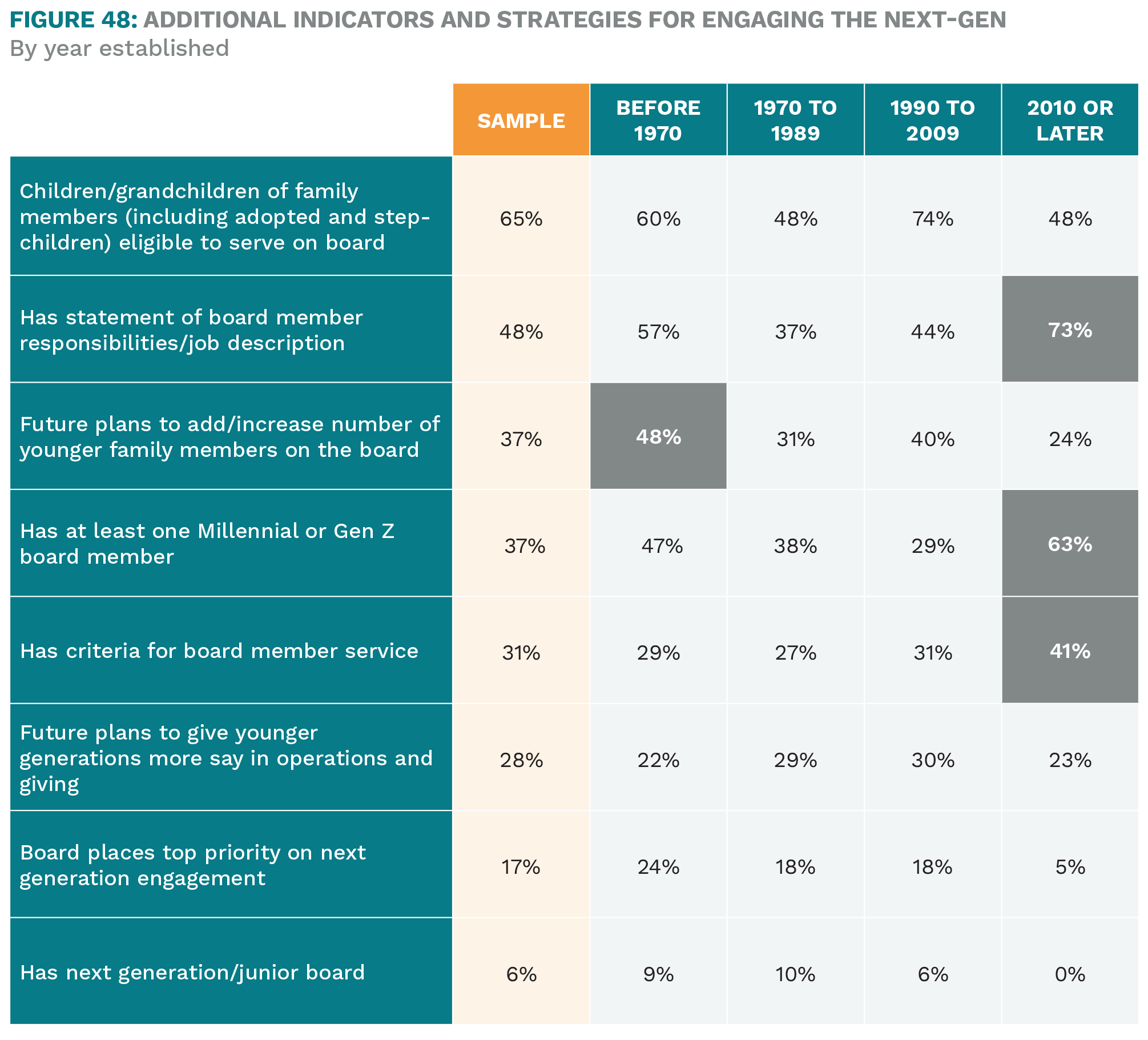 The most common challenges include time constraints and differing interests across generations. One in three family foundations say the younger generation does not have time to actively engage in the
foundation, and 28% of all family foundations say the older and younger generations are interested in different issues. Newer foundations (those created since 2010) are somewhat less likely to report these differences, with only 24% reporting time is a factor, and 21% reporting different interests.

Interestingly, foundations created between 1970 and 1989—many of which are predominantly controlled by those from the Baby Boomer generation—report a larger percentage of instances where generational dynamics are affecting the foundation. One possible explanation for this could be that the children of Baby Boomers are likely to be in the midst of the stage of life where they may be busiest, raising families, and establishing or managing careers. However, a higher proportion from this time period also
indicate that the generations have “different values” and “are interested in different issues” which may suggest a more fundamental shift in attitudes across generations. 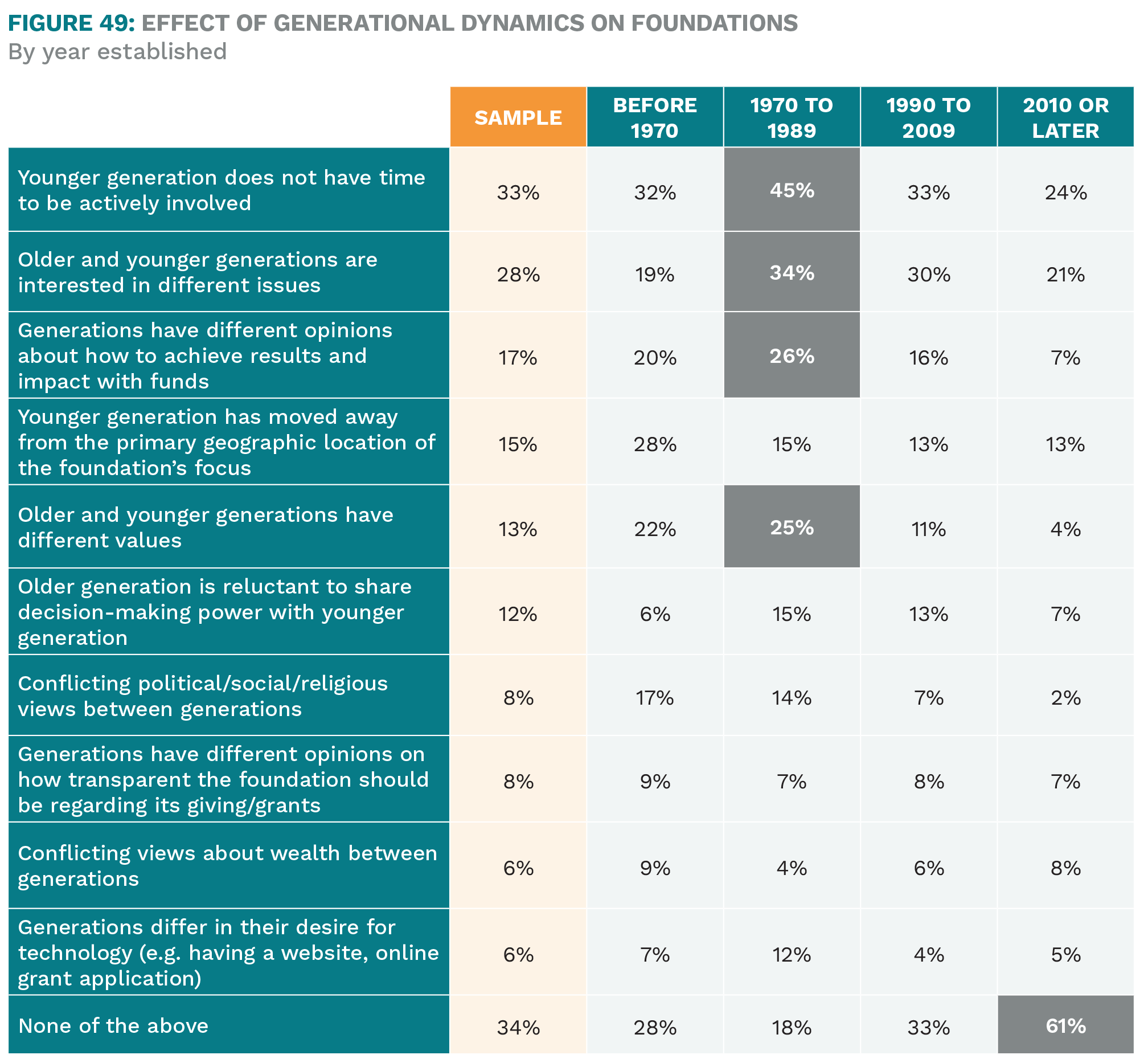 More than half of all family foundations say the “impact of our giving” (56%) and “our commitment to donor or family legacy” (51%) are important factors in sustaining family involvement. About two in five say that “engaging younger generations over time” helps sustain family involvement.

Geographic dispersion among family members can be a greater barrier for older family foundations, affecting 20% of those foundations formed before 1970 and 25% of those formed 1979 to 1989. 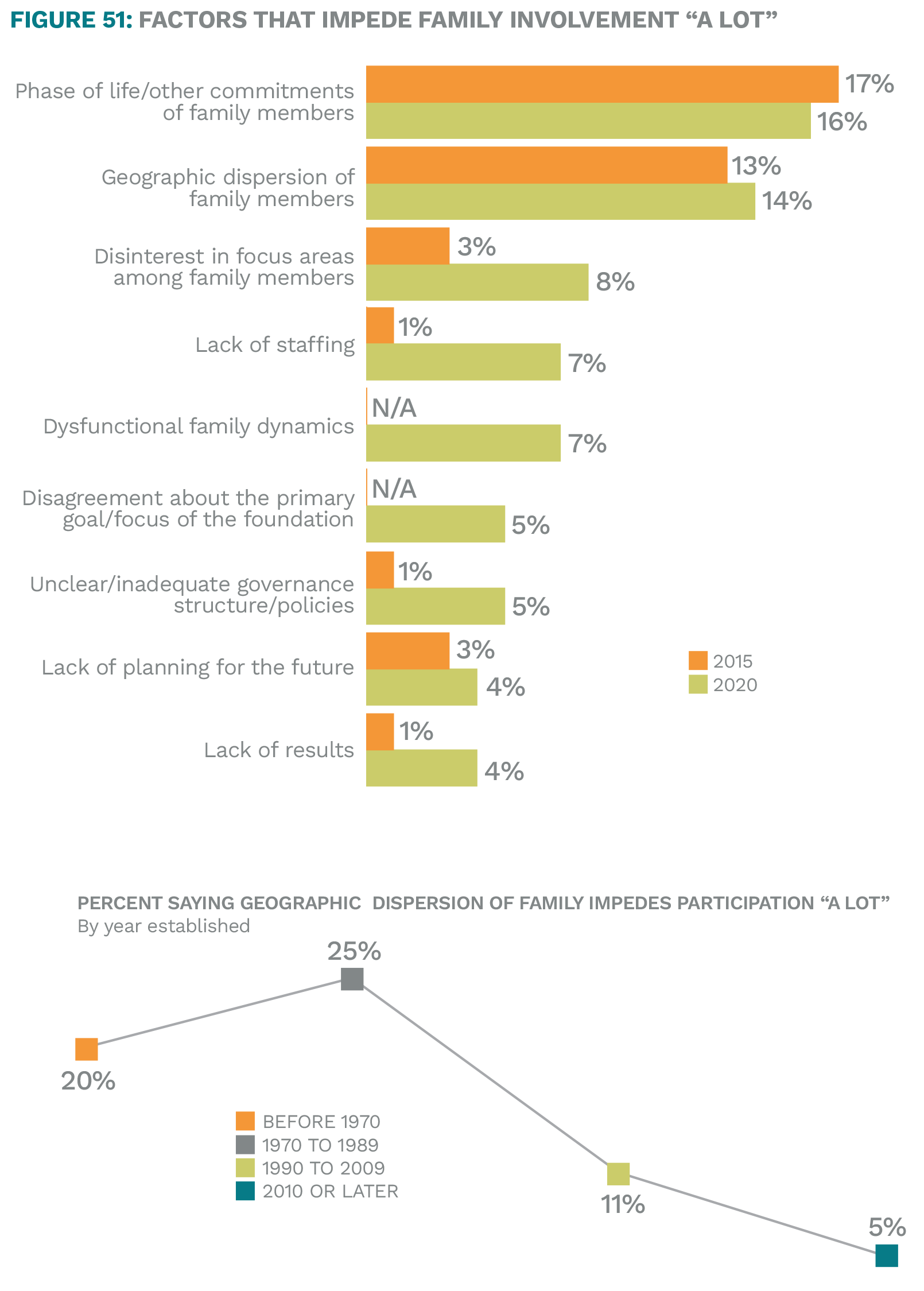