The Tow Foundation: Revamping the Juvenile Justice System Through Advocacy

The Tow Foundation: Revamping the Juvenile Justice System Through Advocacy

When Leonard and Claire Tow created The Tow Foundation in 1988, they initially based their grantmaking on the interests of the individual trustees. Over the next decade, their approach changed dramatically. Seeking funding gaps in their home states, the trustees began to focus collectively in an area about which no family members were particularly knowledgeable: juvenile justice. 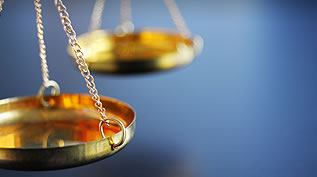 Today, the foundation’s staff members commit more than 50 percent of their time to advocacy and collaboration with public and private partners to improve the lives of children involved in or at risk of involvement in the Connecticut juvenile justice system.

With support from the Connecticut Juvenile Justice Alliance, which the foundation co-founded in 2001, their strategic approach led to the 2007 passage of a state law that rose the age at which courts treat a youth as an adult from 16 to 18. At the time, Connecticut was one of only three states in the nation that treats 16- and 17-year olds as adults, increasing the odds that these youths will be lifetime criminals.

“When a private foundation steps into the public policy arena, it can really make a difference,” says Emily Tow Jackson, executive director of the Tow Foundation and the Tows’ daughter.

After starting the Leonard and Claire Tow Foundation in 1988, her parents “very quickly brought the children onto the board and we changed the name to The Tow Foundation to reflect the whole family,” says Jackson. “In the beginning, we still largely funded a few medical research projects and other personal interests of the board.”

At the time, Jackson had worked in the cable television industry and in graphic design, and was teaching outdoor education in New Zealand. To prepare for the new responsibility, she moved back to New York and immersed herself in the field, doing research at the Foundation Center, as well as joining the New York Regional Association of Grantmakers and the Council on Foundations.

“The learning curve was very steep,” she says. “I just called foundation executives in New York and asked if they would be willing to meet with me and share how they run their foundation. Not once did anyone refuse, and I got amazing insight into how different foundations do business and form their grantmaking strategies.

“I went to the Council on Foundations’ Family Foundation Conference in 1995 in San Antonio. [NCFP Founder and President] Ginny Esposito was one of the first people I met in the field. I found I was not alone, and met other people who had shaped their careers around running family foundations. That was really my introduction to philanthropy as a field.”

It was through these calls and meetings that Jackson began thinking about a more strategic approach.

As with their medical research efforts, the Tows looked for what was holding grantees back. One grantee pointed to their program for paroled kids. They had a state grant to keep clients involved for the next four months. They felt that by keeping the program going for 12 months they could show their services were really helping court-involved youths turn their lives around and making this behavior change stick. Sure enough, with the Tow Foundation’s help, the program showed success, prompting more funding from state agencies.

The foundation’s board then convened a series of roundtable discussions with stakeholders in Connecticut’s juvenile justice field, asking questions and looking for gaps in funding and areas where improvements could be made. Insisting “no child is beyond help,” the foundation embarked on a program of juvenile justice reform, with goals that included fewer arrests and court referrals; fewer youth in detention and residential placement; improved family support; increased community-based mental health, academic, work-readiness, life skills and recreational services, and less punitive school and community practices.

The Tow Foundation has moved from funding only direct service program grants to supporting general operating expenses and advocacy initiatives as part of their system reform strategy. They now require all their grantees to engage in some form of advocacy on behalf of their clients, services and mission.

“This requirement —lobbying on behalf of their clients, speaking with local government officials, testifying at legislative hearings —is essential if we are going to work together to make significant change happen in this field,” says Jackson. “The advocacy grants are an essential key to our success.”

Tow and its foundation and nonprofit allies, both regionally and nationally, are part of a larger movement, as Jackson puts it, “to move money from the deep end of the justice system (incarceration) to the front end (prevention and early intervention).”

Even a little money invested in the right way can make a huge difference in the lives of others. The Tow Foundation’s 2007 Juvenile Justice Initiative brochure, an advocacy tool, weighs the economic and societal costs of continuing to pay for failure.

An effective after-school program costs $3,800 per youth compared with $119,000 a year for one juvenile detention bed. And the cost of a high-risk youth’s life of crime is $3.8 million while a college graduate will contribute $1 million in taxes over a lifetime.

“The difference we are making is generating excitement on our board. For our foundation, removing everyone’s personal passion was key,” says Jackson. “The success of the shared grantmaking, building expertise in an area together, and really seeing the impact of our investments is what gets my board fired up.”