Darren Walker is president of the Ford Foundation, the second largest philanthropy in the United States with over $11 billion in assets and $500 million in annual giving. The foundation is based in the United States and operates worldwide, with ten offices in Asia, Africa, the Middle East, and Central and South America.

For more than two decades Darren has been a leader in the nonprofit and philanthropic sectors, starting with a local community and economic development initiative in Harlem, then shifting to global work on an array of social justice issues, including human rights, urban development, free expression, and more. His career in the social sector followed a decade in international law and finance.

Toward a New Gospel of Wealth 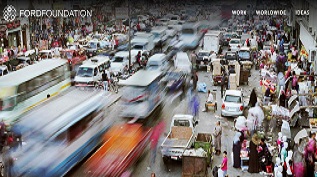 For my colleagues and me, these past 15 months have entailed both deep introspection about this privilege and broad exploration of how we can harness and direct it to advance our mission. For us, what has unfolded is a process of discovery and renewal that has led us to reorganize our programming around the global crisis of inequality. … Read More
Voices from the Field

What’s Next for the Ford Foundation? 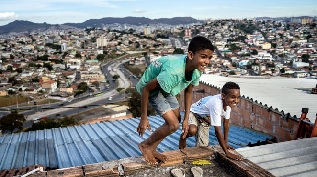 When I wrote about my first year on the job, I asked you all to do something: Tell me the truth. That simple request drew more than 2,000 e-mails to my inbox. In reflecting on each and every response, I have become more aware of the ways in which we can improve our institution, and serve our mission. … Read More