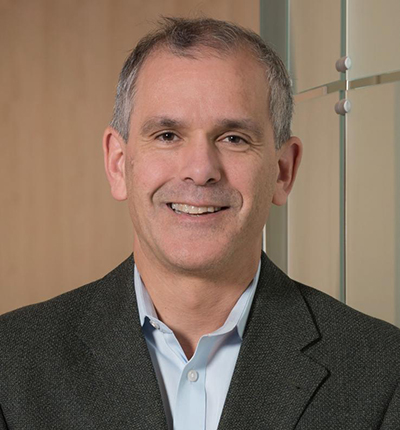 Christopher J.L. Murray, MD, DPhil, is the Chair and Professor of Health Metrics Sciences and Director of the Institute for Health Metrics and Evaluation (IHME) at the University of Washington. His career has focused on improving health for everyone worldwide by improving health evidence. A physician and health economist, his work has led to the development of a range of new methods and empirical studies to strengthen health measurement, analyze the performance of public health and medical care systems, and assess the cost-effectiveness of health technologies. IHME provides rigorous and comparable measurement of the world’s most important health problems and evaluates the strategies used to address them.

Dr. Murray is a founder of the Global Burden of Disease (GBD) approach, a systematic effort to quantify the comparative magnitude of health loss due to diseases, injuries, and risk factors by age, sex, and geography over time. After co-authoring the original GBD study in the early 1990s, he brought the GBD enterprise to IHME in 2007 and led the consortium of almost 500 researchers from 50 countries that produced the Global Burden of Diseases, Injuries, and Risk Factors Study 2010 (GBD 2010). GBD now produces annual updates to its estimates and has a current network of 3,676 collaborators across 144 countries and two territories. The most recent of the updates, GBD 2016, presents estimates of all-cause mortality, deaths by cause, years of life lost, years lived with disability, and disability-adjusted life years by country, age, and sex from 1990 to 2016.

In his earlier work, Dr. Murray focused on tuberculosis control and the development, with Dr. Alan Lopez, of the GBD methods and applications. As part of this work, they developed a new metric to compare death and disability from various diseases and the contribution of risk factors to the overall burden of disease in developing and developed countries. This pioneering effort continues to be hailed as a major landmark in public health and an important foundation for policy formulation and priority setting.

From 1998 to 2003, Dr. Murray worked at the World Health Organization (WHO), where he served as the Executive Director of the Evidence and Information for Policy Cluster while Dr. Gro Harlem Brundtland was Director-General. He went on to become Director of the Harvard Initiative for Global Health and the Harvard Center for Population and Development Studies, as well as the Richard Saltonstall Professor of Public Policy at the Harvard School of Public Health, from 2003 until 2007.

Dr. Murray has authored or edited 16 books, many book chapters, and more than 420 journal articles in internationally peer-reviewed publications. He is a member of the National Academy of Medicine (NAM) and the 2018 co-recipient of the John Dirks Canada Gairdner Global Health Award. He and IHME were the subjects of Epic Measures: One Doctor, Seven Billion Patients, which was published by Harper Wave in 2015. Dr. Murray holds Bachelor of Arts and Science degrees from Harvard University, a DPhil in International Health Economics from Oxford University, and a medical degree from Harvard Medical School.

IHME was established at the University of Washington in Seattle in 2007. Its mission is to improve health through better health evidence.

A Conversation with Dr. Chris Murray of the Institute for Health Metrics and Evaluation

Posted on May 1, 2020 by Dr. Christopher Murray, Nicholas A. Tedesco

NCFP President and CEO Nick Tedesco recently interviewed Dr. Chris Murray, Chair and Professor of Health Metric Sciences and Director of the Institute for Health Metrics and Evaluation at the University of Washington. IHME has been a leader in COVID-19 data capturing and projections. Dr. Murray discussed the role of IHME in providing evidence-based COVID-19 data to the public, latest… Read More