In May 2014, Melinda Marble was appointed Director of Family Philanthropy at Pilot House Associates, the family office in which the Barr Foundation is located. She previously served as Deputy Director and Interim Executive Director of the Barr Foundation. Prior to joining Barr, Melinda served as the Executive Director of The Paul and Phyllis Fireman Charitable Foundation, Boston, Massachusetts. At Fireman, she founded One Family Inc., an effort to end family homelessness through partnerships that promote permanent solutions. Her prior career includes serving as a Senior Associate at the Philanthropic Initiative (TPI) and from 1991-94, Melinda served as Vice President for Program at the Boston Foundation, where she was the architect of Building Families and Community, the first major initiative by an American community foundation to focus on community-building strategies to end poverty. Prior to moving to Boston in 1986, she was a Program Executive for the San Francisco Foundation, where she created a monitoring, evaluation, and technical assistance program for the Foundation’s grantees; she also served as the first Executive Director of Northern California Grantmakers. 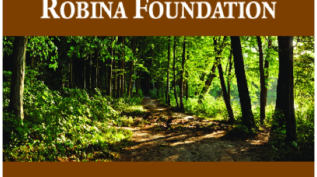 Robina’s Legacy Report describes the lessons learned from the Robina experience and includes the Foundation’s “Guiding Principles” and a list of Robina’s grants. … Read More