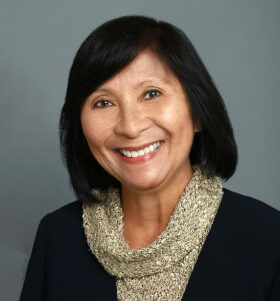 Patricia Eng (she/her/hers) is the President and Chief Executive Officer of Asian Americans/Pacific Islanders in Philanthropy (AAPIP). She comes to AAPIP after serving as Chief Service Officer at the Mayor’s Office of the City of New York where she worked to deepen and expand civic engagement through volunteer and service programs. She founded the New York Asian Women’s Center, the first organization on the East Coast working with battered immigrant Asian women. At the Ms. Foundation for Women, Pat innovated grantmaking strategy in several areas including early support for men’s efforts to address masculinity and violence and supporting the emerging movement to prevent child sexual abuse. At the New York Women’s Foundation, she launched and managed the NYC Fund for Girls and Young Women of Color, the first collaborative fund in the country focused on young women and gender non-binary youth of color. A graduate of Hunter College School of Social Work and Princeton University, Pat studied community organizing and politics. She lives on the East Coast where she participates in several social justice giving circles. Pat serves in various positions within the philanthropic and non-profit communities, including serving on the Board of Directors of Proteus Fund. 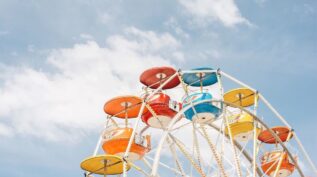 This article was originally published by the Center for Effective Philanthropy and is re-posted here with permission. A recent report from the Center for Effective Philanthropy (CEP) titled Overlooked (Part 1): Foundation Support for Asian American and Pacific Islander Leaders and Communities highlighted, as one of its key findings, that AAPI nonprofit leaders report having less positive experiences with their foundation funders… Read More