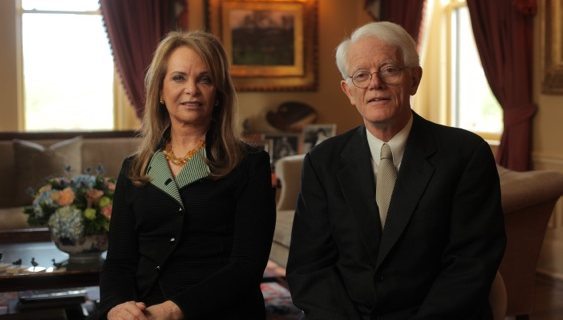 Editor’s Note: The National Center is delighted to partner in 2013 with the Bridgespan Group to share videos from its Conversations with Remarkable Givers series. In this month’s installment, we feature Bridgespan’s interview with Carolyn and Peter Lynch, co-founders of The Lynch Foundation. Under Peter Lynch, Fidelity Investments’ then-obscure Magellan Fund rose from $18 million in assets in 1977 to $14 billion by 1990, when he stepped down as manager. Average return: 29.2%. Peter and Carolyn Lynch have sought similarly outsized results from their philanthropic dollars. Using Peter’s famous dictum of “invest in what you know” – the Lynches fund startup organizations that have potential to create “dramatic change in the world.” Carolyn notes, “Peter and I are willing to take a risk. We don’t have all hundred-baggers…Sometimes they just don’t work. But when they do it’s a really exciting payoff.”

To learn more about the goals and highlights of this remarkable collection of interviews, read the special introduction to this series from our January 2013 issue of Family Giving News by Bridgespan Partner Susan Wolf Ditkoff.

Featured Video: Building a board: Carolyn and Peter Lynch believe in having a mix of experts and family on their foundation’s board