What is the Biggest Threat to Nonprofit Missions That No One is Talking About?

What is the Biggest Threat to Nonprofit Missions That No One is Talking About? 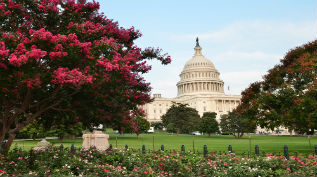 This question is quite timely, given increasing community needs. The Nonprofit Finance Fund’s nationwide research found that in 2012, for the first time in the history of that organization’s surveys, a majority of nonprofits reported that they could not meet the increased demands for their services. And that was before the first round of sequestration cuts and the recent federal shutdown shifted more burdens onto nonprofits and thereby foundations.

First, help your grantees see the growing external threats to their (and your) missions.

Since the Great Recession began, all levels of government have been shifting their own financial burdens onto nonprofits and foundations. They’ve done so by:

Every dollar that governments divert from nonprofit missions is a dollar that nonprofits must raise elsewhere. But the math just doesn’t add up.

According to Giving USA 2012 and Nonprofit Sector in Brief 2012, the nonprofit sector as a whole receives almost half (49.6%) of its revenue from earned income (such as tuition, payments for health care, and ticket sales). Government is the second largest source of revenue (32.2%), paying nonprofits to deliver contracted services on behalf of governments. Private philanthropy provides the third largest collective amount of funding through giving from individuals (9.6%), foundations (2%), bequests (0.9%), and corporations (0.8%).

With foundations giving two percent of the total, each foundation would have to give 16 times more every year to replace government spending. That, of course, cannot happen, yet many policymakers assume that nonprofits and foundations can magically fill the gaps. The math proves how misguided that thinking is.

You can help your grantees learn about federal, state, and local public policy developments across the country that affect nonprofits by encouraging them to take advantage of the Council of Nonprofits’ free, bi-weekly newsletter, Nonprofit Advocacy Matters, at http://www.councilofnonprofits.org/news/e-newsletters.

Second, focus on state, not federal.

The real action is in the states, not D.C. During this session of Congress, only 46 laws have been enacted, while this year state legislatures have enacted or adopted more than 39,500 laws. Consequently, to protect and advance their missions, nonprofits and foundations must invest more attention and funding to state policy matters.

To illustrate the danger, while many nonprofits and foundations have focused exclusively on federal threats to charitable giving incentives, several state legislatures quietly pursued similar limitations. Fortunately, our state associations of nonprofits and allies prevented that from happening this year in Hawai’i, Oregon, Minnesota, Kansas, and North Carolina through advocacy efforts that demonstrated to legislators how vital charitable giving is to communities.

There is safety in numbers. Encourage your grantees to join the state association of nonprofits in their state. (Your foundation can join, too, as well as provide funding that leverages your contribution to help all nonprofits in your state.)

Help your grantees by contributing general operating support grants that allow them to be nimble in responding to external forces and engage in policy work that threatens their (and your) missions.

For too long, too many attorneys for private foundations have encouraged use of outdated boilerplate language in grant award letters that scare grantees away from doing any policy-related work. Such overreaching language is unnecessary and inhibits the ability of nonprofits to solve root causes of problems. Review your grant award letters; if they contain language discouraging grantees from engaging in advocacy, tell your legal advisors to adjust the language like other foundations do to allow charitable nonprofits to defend against harmful policy proposals.

The grueling pace of the last five years has taken a serious toll on many nonprofit leaders. Perhaps the greatest gifts you can provide right now are moral support and encouragement to be champions for their missions by telling their stories to policymakers and the media.

Nonprofits and foundations cannot continue to ignore or avoid public policy threats that endanger their missions. Your support can help charitable nonprofits to see that advocacy is core to advancing their missions – which also helps protect and keep philanthropic resources where they belong – supporting philanthropic missions, not filling government coffers.