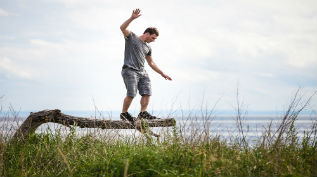 “Many people dream of success. Success can only be achieved through repeated failure and introspection. Success represents the one percent of your work that results from the 99 percent that is called failure.” – Soichiro Honda (founder of Honda)

Philanthropy often encourages grantees to take risks, to be innovative, to find new solutions to old problems. Indeed, many refer to philanthropy as “risk capital,” providing funding that can help society create innovative, new models for addressing the world’s most intractable social issues.

But risk and innovation often bring an uncomfortable consequence: failure.

In order to truly innovate, to try new things, to be creative, to think outside the box, we must understand that failure is a likely outcome. As funders, we must be willing to embrace this failure and learn from it.

Failure is a tricky concept for many grantmakers. We celebrate when we fund innovation, but we don’t often celebrate failure—even though failure is often a critical pathway to future innovation.

While Podolny spoke of each of these categories in the context of business, they are all equally relevant in our work in the social sector.

Execution failure refers to projects or programs that are based on a sound theory of change but fall short because the organizations or people that are leading them fail to execute. In this case, the program or project SHOULD have a positive impact, but the people who are working on it fail in carrying it out effectively.

For example, a network of grantees might be working together to tackle an ambitious, long-term strategic goal, but they fail to create a Memorandum of Understanding at the beginning of the process that spells out roles and responsibilities. The concept behind their effort might be sound, and theoretically they should achieve great results if they work together effectively.

But without a shared set of expectations and roles, critical components of the strategy fall through the cracks. They are likely to fail because they have set themselves up for misunderstanding, conflict, and an inability to execute effectively on the strategy.

Conceptual failure occurs when a project or program is based on a flawed theory of change. For whatever reason, the program does not create the desired outcomes, even when executed properly.

In this case, a funder might be looking to accomplish a major policy goal in its home state, but bases its strategy on mistaken assumptions. As the funder develops its strategy, it studies successful initiatives in other states—but fails to recognize that the political climate in its state is much different.

As a result, even though the funder has done its homework and executed on its strategy, it fails because it bases its strategy on faulty assumptions.

Sometimes we fail because we do not aim high enough. In the social sector, this happens when we do not aim to address an issue that truly needs addressing or do not seek to address it at a scale that would have a notable impact. This is a failure of ambition.

For example, a grantee and its funders might be so focused on accomplishing a single goal in a certain geography that they are unable to create a vision bold enough to capture the imagination of other funders, decision makers, or advocates. As a result, the effort dies on the vine from lack of enthusiasm for the small project and not enough creativity to design a grand vision.

While each of these three forms of failure is different, all are far from uncommon. In fact, they are often necessary steps along the path of working to achieve social change.

As a result, we must accept that we will not have innovation without failure and ask ourselves the following three questions:

How do we align incentives to help our grantees avoid unnecessary failure?

While it is important to accept failure as a part of our work, we should be working with grantees to identify opportunities to change course when we spot potential problems.

How often do we truly encourage our grantees to be honest and transparent? Do we really incentivize them to surface their problems early to us? Do we reward them for being transparent in disclosing their obstacles? Do we actually help them prevent fires?

Philanthropists often encourage grantees to be innovators; we ask them to “operate more like businesses.” Yet we don’t reward them when they do. Innovation consultant Mark Payne believes up to 90% of ideas for groundbreaking new products or services in the private sector are failures. Would a 90% failure rate work for a typical grantee?

Finally, how do foundations appropriately encourage their program staff to take risks? While the board and leadership might buy into the program team trying to innovate and take risks, do the program officers genuinely feel they can when their job is at stake?

How do we learn from failure?

Podolny argues that conceptual failure is okay—but only if you are curious about it and learn from it.

If your theory of change turns out to be flawed, don’t throw it away—try to figure out why. Learning is not linear; it is iterative and circular. Apple has created a “failure shelf,” a place where the company stores products that failed to meet expectations once released into the marketplace. Engineers are encouraged to explore and understand these products and why they failed—and often aspects or components of those failures are critical in future successes.

Philanthropy should do the same. Rather than throw out a theory of change or a model for addressing a specific issue when it does not give us the desired results, we should work with grantees to dissect it, understand the flaws, figure out the components of the model that do and don’t work. Get curious about why a program or grant doesn’t work—and then take those lessons forward in creating an improved model.

In the first example above, funders can save a failing collaboration that is hopelessly executed by identifying the problem, stepping in, and helping it change course. In the second example, the funder could successfully and transparently revisit the policy failure in order to uncover the mistaken assumptions that formed the foundation of the flawed strategy in order to produce a winning approach in the next attempt.

How do we publicly acknowledge failure while also respecting our grantees?

For the most part, failing in philanthropy implicates grantee organizations since they are often the ones on the ground executing our strategies. The public gets outraged by stories about nonprofit organizations “wasting” money. It is safe to assume that openly publicizing a grantee’s failures puts them at great risk for appearing to waste money and/or be ineffective. Even if the failure is only one part of the grantee’s work, or they were able to pivot and learn from the failure, publicly acknowledging such failures as a grantee puts their future in jeopardy.

I believe this is why many foundations are not more public about their failures. It is a true dilemma.

To help the field, we have a responsibility to share lessons learned so others don’t make the same mistakes. At the same time, hard-working grantees should not necessarily go down in flames for a failure—and an outspoken funder publicizing their failures might inadvertently put the grantee’s future at risk.

This is a difficult question — one that doesn’t offer an easy answer.

But even though we haven’t yet succeeded in finding that answer, we should keep trying — even if we fail in our attempts to answer it.